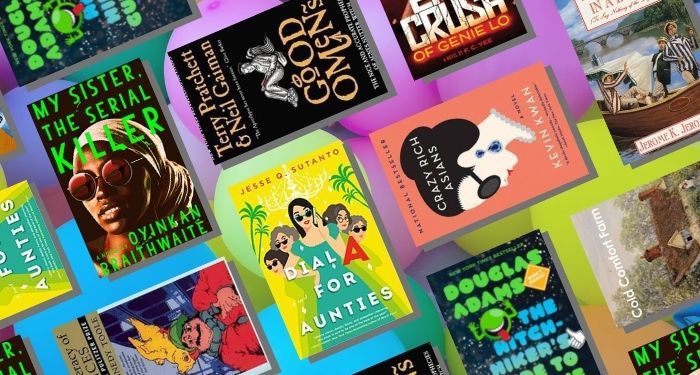 They say laughter is the best medicine but, in my opinion, it’s more of a vitamin: best when enjoyed on a regular basis. I read mostly humorous fiction and have since I was young. When I’m in a good mood, funny books make my day even better. And when I’m going through difficult times, they distract me from what I’m dealing with and give me a needed break — even if just for a little while.

These nine funny fiction books are all perfect for when you need a laugh or an escape from reality. Their premises range wildly, from a destination wedding gone wrong to a Bay Area city overrun by mythological demons to a spaceship following Earth’s untimely destruction. No matter your mood or taste in humor, there’s something for everyone to enjoy.

Once you’ve read and enjoyed these nine picks, check out these funny self-help books that may not change your habits so much as give you a reason to chuckle. After all, advice is well and good, but jokes are even better. Or, if you’re looking for funny reads with a guaranteed happily ever after, feel free to peruse this round-up of the funniest romance books. Plus, if you’re not in the mood for a novel, these funny short stories and essays make for excellent reads. 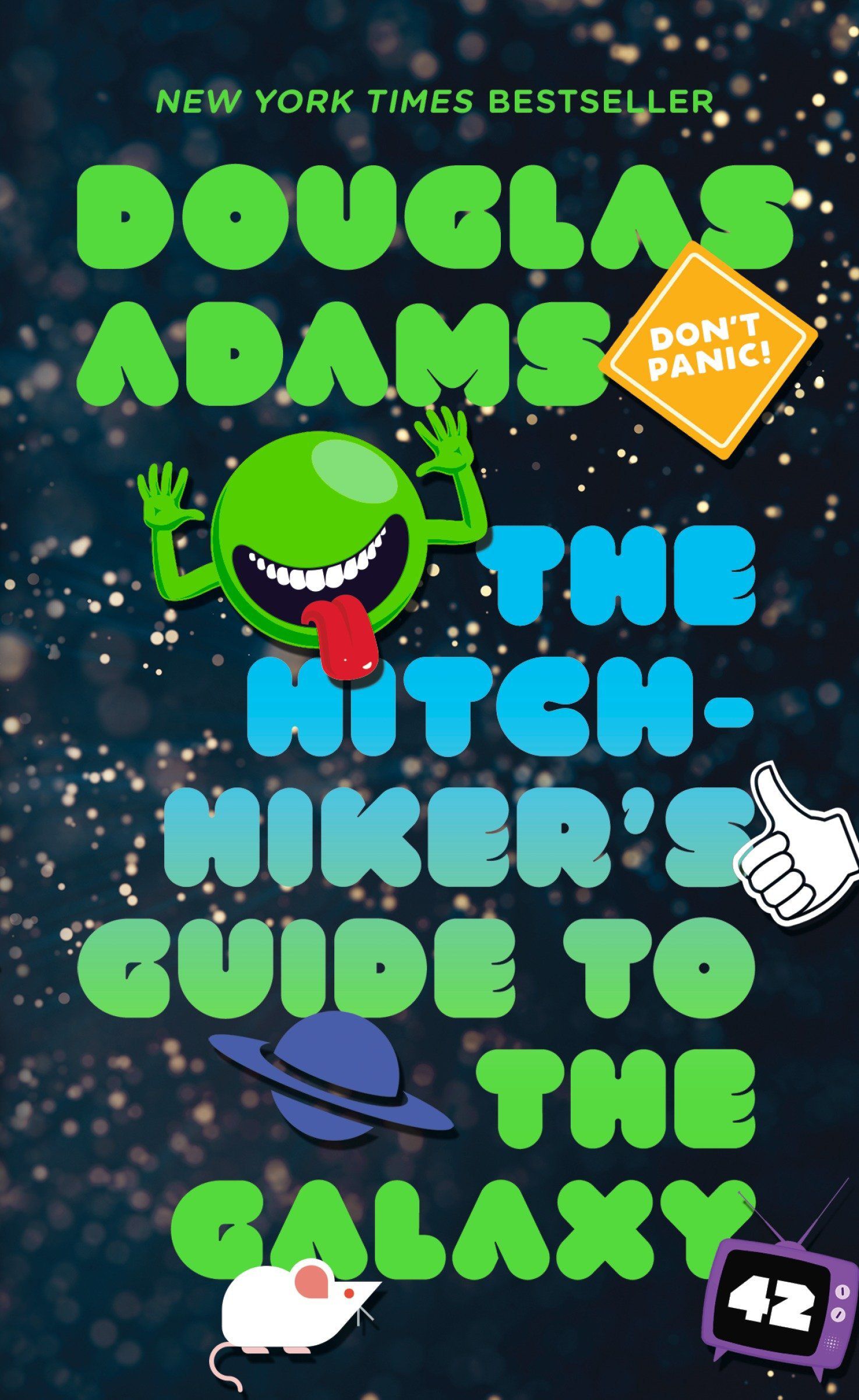 Arthur Dent is perhaps the most unremarkable man on Earth, and he’s content with the predictability of his life. Until terrible poetry-loving, bureaucratic aliens destroy the Earth to build a galactic bypass and Arthur narrowly escapes with a researcher for the Hitchhiker’s Guide for the Galaxy — a wholly remarkable book for space travelers. Clad in a bathrobe and towel in hand, Arthur Dent not only survives the destruction of his home planet but may be closer than he thinks to discovering the answer to life, the universe, and anything. 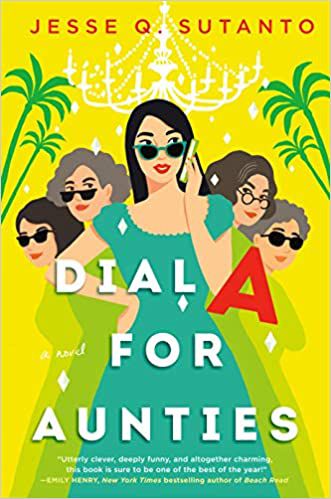 Dial A For Aunties by Jesse Q. Sutano

Meddelin “Meddy” Chan didn’t mean to kill her blind date but, since she did, at least he was a jerk. Thank goodness her aunties are practical, resourceful, and have no qualms about hiding a body. As their family wedding business prepares for their biggest event yet, Meddy must balance her role as the wedding photographer with escaping a murder charge and maybe even getting back together with her ex-boyfriend. 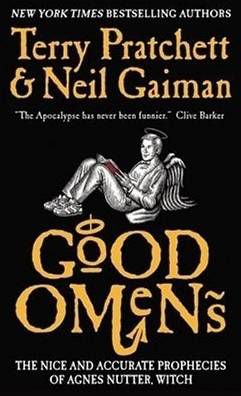 You can’t go wrong with any of Terry Pratchett’s books if you want to laugh. If you want to dive in to a larger series than Good Omens, which is a standalone, I’d recommend Discworld (and you can find a starting pathway for that here).

If you knew the end of the world was coming in 11 years, what would you do? Aziraphale and Crowley — an angel and demon who have more in common with each other than their respective sides — have grown comfortable on Earth, and thus their answer is to prevent Judgment Day and the coming of the Antichrist. Lucky for them, they’re not the only ones bumbling through Armageddon. 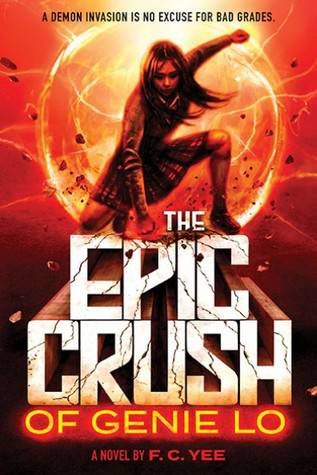 High-achieving Genie Lo is determined to get into Harvard University — even if it kills her. After her hometown is invaded by mythological demons, Genie decides to temporarily put college admissions on the back burner. It’s now up to Genie to defeat these monsters with the help of Quentin, a transfer student who claims to be the living incarnation of Su Wukong, the Monkey King.

If you like your humor macabre with a touch of gruesome, this thriller is the perfect pick. It’s around the third time that her sister Ayoola asks Korede to clean up the body of her boyfriend killed “in self-defense” that Korede suspects her sister might be a serial killer. Still, family is family, and Korede refuses to turn Ayoola into the police. But when Ayoola starts dating Korede’s long-time crush, Korede must make a decision that she knows cannot protect everyone she cares about. 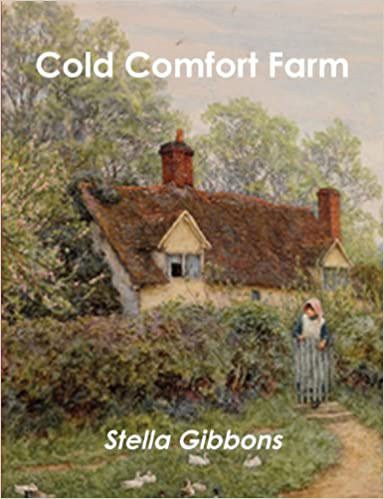 When young socialite Flora Post is suddenly orphaned, she moves in with her dour relatives in the countryside. Rural life is quite an adjustment for Flora, and her relatives seem to find a perverted joy in the gloom. But Flora, optimistic as she is, refuses to stand for it. She’s determined to improve her family’s lives, whether they want it or not. 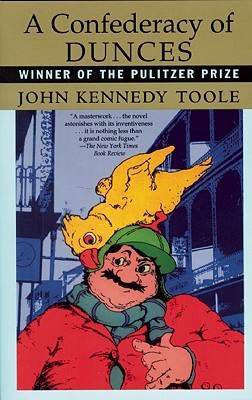 A Confederacy of Dunces by John Kennedy Toole

Published posthumously in 1980, A Confederacy of Dunces is one of the novels most often chosen as the funniest of all time. Ignatius C. Reilly is a neurotic 30-year-old medievalist who believes those around him have forgotten the wisdom of ancient philosophers. Follow him as he moves from job to job, complains about the modern world, and stumbles into mishaps with an ease that is uncomfortable to behold.

Although economics professor Rachel Chu knows little about her boyfriend Nick’s home life, she says yes when he asks if she’ll be his plus one at a wedding in Singapore. Little does she know that Nick’s family is one of the wealthiest in the world, and the wedding she and Nick will be attending is way more significant of an event than what she’s picturing. 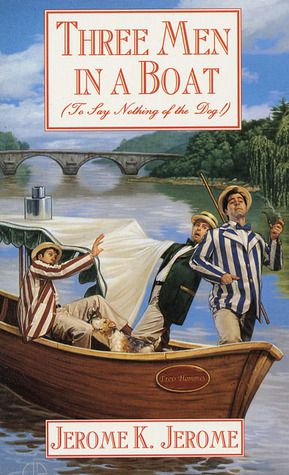 When best friends J., George, and Harris set out for a boat trip along the Thames, they expect a little relaxation. And maybe they would get that, if they were somewhat competent. But (thankfully for us), they are very much not, and the trip becomes one delightful mishap after another.

Honorable Mention: To Say Nothing of the Dog by Connie Willis, a humorous time travel novel with plenty of callbacks to Three Men in a Boat.

Looking for hilarious books you can share with young readers? Check out this list of the 20 funniest children’s books.