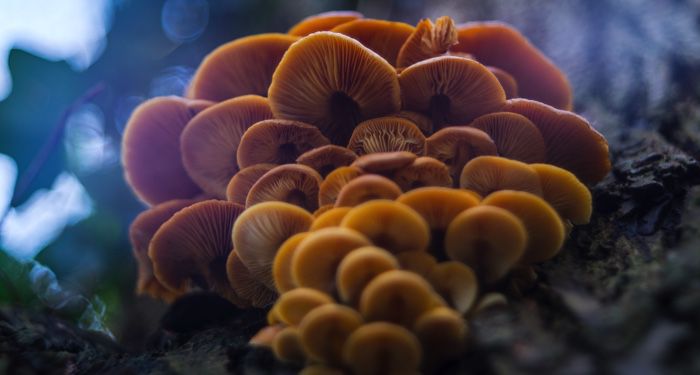 This list of frightening fungal reads was originally published in our horror newsletter, The Fright Stuff. Sign up for it here to get the latest and greatest from the world of horror!

I can’t tell you what exactly it is about fungi that I love so much. I feel like that Simpson’s meme of Marge holding up the potato: I just think they’re neat! I mean, for one thing, they’re really clever for an organism that doesn’t have what we’d think of as a brain. Or a nervous system. Yet they’re clever and adaptable enough to make you wonder what might happen if one day a mushroom or a mold got it into it’s non-mind to kill us all. Add to their eerie, almost sentient seeming intelligence the fact that many fungi can kill or sicken you in a variety of alarming ways, and that some varieties are just downright scary looking, and of course fungi make excellent horror fodder!

I had so much fun writing about ghosts and mycelium in Mexican Gothic earlier this year, but now I want to share with you some of the other amazing fungal horror titles I’ve come across recently! I also included one that won’t be out until later this year, but that is so going to be worth the wait. 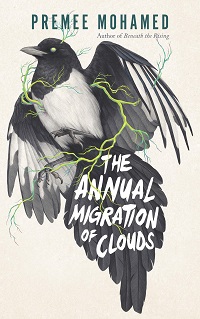 The Annual Migration of Clouds by Premee Mohamed

Not all of the fungi on this list are out to take over our bodies. I promise. But Cad? Cad is definitely a fungi of the concerning, mind-altering kind, and coming into contact with it ends in one of three ways: death, immunity, or infection. For those, like Reid, who have been infected, Cad forms a symbiotic relationship with its host, even offering them a measure of protection in order to ensure its own survival. Because for Cad, survival is paramount. It even posses the ability to manipulate its hosts fear responses to ensure continued survival. Reid lives in a shrinking colony of survivalists, scraping out a living in a world devastated by climate disasters. Those who leave never return. So when a letter arrives inviting Reid to join an exclusive university – one of the last strongholds of civilization – she finds herself torn between the family and colony that rely on her, and a future beyond the meager existence she’s always known. There may even be a chance to find a cure for Cad before it consumes her entirely. While The Annual Migration of Clouds is more sci-fi than horror, I promise there are a few squirm-worthy moments of body horror involving mushrooms in places where mushrooms… should not be. 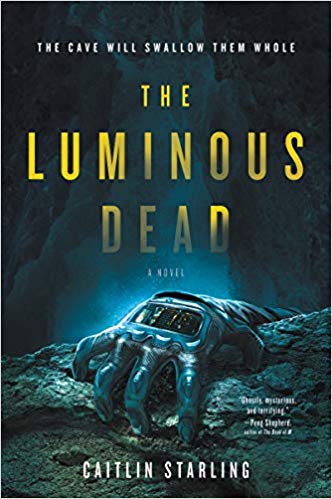 Speaking of mind-controlling fungi: I debated whether to add The Luminous Dead to this list, if only because the spore-happy cave mold Gyre encounters underground – though technically a fungi – isn’t 100% proven to be the biological villain of the book. Most of what happens could just be in Gyre’s head. But it’s also not 100% NOT responsible for the strange happenings that plague her as she tries to make her way into the depths of the unmarked cave system, with only her extremely suspect handler Em as her guide. At worst, it’s some ancient, malicious fungus determined to control her mind to keep her from ever leaving the cave. At best (questionably best) it’s simply driven by an extremely strong biological imperative to keep her in the cave so it can colonize her corpse and propagate. Either way, it’s bad news. Particularly if you’re already stranded miles underground, low on supplies, and running out of power for the suit that is literally the only thing keeping you alive. At that point a pushy mind-melting mold is the last thing you need. 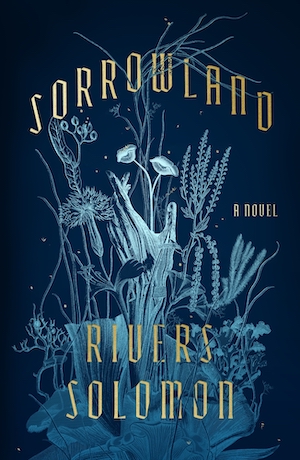 If I haven’t convinced you to read Sorrowland by now, I really need to try harder. Cults, religious fanaticism, genetic experimentation, queer characters, fungi; it’s honestly every thing you could want in one book. Determined to escape the strict religious compound in which she was raised – Cainland – and the horrible, nightly experiments she was forced to endure there, a heavily pregnant Vern flees into the woods to give birth to her children. Though there is no way of knowing if any of them will survive the experience, she will do anything to ensure that her children are free of Cainland’s grasp. But Vern did not escape unscathed. She survives the birth of her children, but as she struggles to keep them all alive in an unfamiliar world, her own body begins to betray her, permanently altered by Cainland’s strange experiments. She’s transforming into something new, dangerous, and unknown – and whatever she’s becoming, Cainland desperately wants to conceal. Sorrowland can be a rough read at times, grappling as it does with various heavy topics, but is also beautiful, strange, and unforgettable. 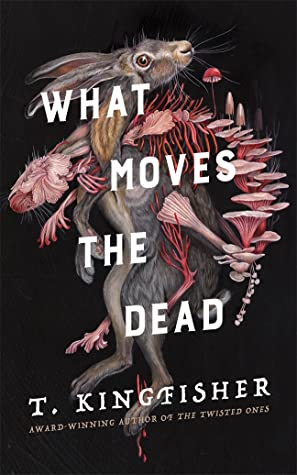 What Moves the Dead by T. Kingfisher (July 12)

That cover is so gorgeous and so upsetting, I honestly can’t even stand it. (I love it.) Obviously, you can see why I’m so excited about this book. Oh, and did I mention that it’s an adaptation of Poe’s “The Fall of the House of Usher”? Why, oh why is July so far away! What Moves the Dead, much like Poe’s original tale, is centered around the slow, rotting death of an aristocratic family and their moldering estate. Alex Easton is summoned to the ancestral home of the Ushers by their childhood friend Madeline, who entreats them for help to save the state from the nightmarish fungi that have overtaken the landscape and possessed the local wildlife. With the help of a mycologist and a doctor, Alex must discover the source of Madeline’s disturbed nights, her brother Roderick’s nervous malady, and the rampant, unnatural fungi if they have any hope of saving their friends. If they fail, the House of Usher itself will fall and take them all down with it.