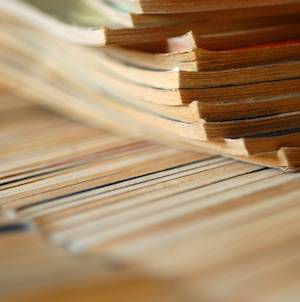 Sign-up for announcements about the fall launch of Panels, a Book Riot-powered site about comics!

“And what is the use of a book,” thought Alice, “without pictures or conversation?”
― Lewis Carroll, Alice’s Adventures in Wonderland

Though I don’t share Alice’s sentiment completely – I read plenty of books with no pictures in them – I do think illustrations are always a good thing. Not just books with a few illustrations peppered in, in fact, but comics and graphic novels as well. The only problem, particularly for the bookish type who hasn’t really ventured out into that world yet, is really… where to start? What will I like? Aren’t all comics about superheros (the answer to this question is “no,” by the way) or made for children (also “no”)?

I’m here to help. Check out my (or fellow Riot Contributors’) recommendations below, separated into four handy categories.

For fans of classic literature who are ready for a re-read but crave a fresh perspective:

UDON Entertainment’s Manga Classics Les Misérables, or the second book in this new series, Pride & Prejudice. I’ve already read Les Mis, and let me tell you, it’s a fantastic presentation. I highly recommend it for a gift.

A Wrinkle in Time: The Graphic Novel, adapted and illustrated by Hope Larson.

The Marvel Miniseries The Wonderful Wizard of Oz (followed up by four more books in the series) adapted by Eric Shanower (writer) and Skottie Young (illustrator). If you’ve always been curious about the Oz stories but haven’t read the books by L. Frank Baum, I highly suggest skipping the original material and just reading the comics! They are faithful and true to Baum’s works while making them fresh/relevant for all-ages readers of today.

Not straight literature adaptations, but still…: Fables by Bill Willingham (artists: various), published by Vertigo. Basically, every fairy tale character you’ve ever heard of, and then some more, are living in exile from their home worlds and must blend into today’s society in New York City.

Deadpool: Classics Killustrated, published by Marvel, and not to be confused with Deadpool Killustrated, in which Deadpool jumps around the Marvel universe in a mission to kill every single Marvel super ever. This extension of his maniacal killing spree extends to classic literary characters like Moby Dick, Tom Sawyer, Gulliver, and more (recommended by Rioter Amanda Diehl).

Comics that’ve been produced with authors we know and love: Neil Gaiman is no stranger to the world of comics, having written The Sandman (various artists), but some of his novels have been adapted to comics as well. Coraline is already available in graphic novel format, and most recently, The Graveyard Book. I know those two belong in the first section of this post, but I wanted there to just be one entry per author.

China Miéville wrote comics for a bit, did you know that? Most recently, he wrote a book for DC Comics titled Dial H (art by Mateus Santolouco), following a dude who found an old rotary phone dial which would turn him into a random super hero when he dialed the correct number (H-E-R-O). I enjoyed it while it lasted, and if you’re interested, it had a pretty short run (only 15 issues) and should be an easy read.

Gillian Flynn (Gone Girl) wrote a short story as part of a British comics exhibition, and was paired up with Watchmen artist Dave Gibbons to create Masks, which is about vigilante-ism (is that a word?) and parenting. Like a good heist? Give Thief of Thieves a try, which follows the story of a super-star thief who decides he wants to be a good guy- so he starts thieving from other thieves. (Created by Robert Kirkman; various writers, art by Shawn Martinbrough and Felix Serrano.)

Sex Criminals follows the story of Suzie, a librarian (see? bookish!), and a man she finds out has the ability to freeze time along with her when they have sex. Naturally, they decide the best course of action in the midst of her library’s money troubles is to go steal some dough while nobody’s looking. Of course, things don’t go as planned. Of course. (by Matt Fraction and Chip Zdarsky)

First Second is a publisher that impresses me pretty much all the time with their fantastic graphic novel library, with books like Primates (about the science of Jane Goodall, Dian Fossey, and Biruté Galdikas; by Jim Ottaviani and Maris Wicks), Relish (a graphic memoir featuring lots of food, by Lucy Knisley), The Zabime Sisters (about growing up; by Aristophane, translation by Matt Madden), and even a graphic biography about Andre the Giant (more on that here). There’s something for everyone.

Of course, this list is neither exhaustive nor essential. It’s just an easy list of recommendations I hope might serve as a great discovery tool. Particularly in that first section, it was difficult to narrow the list down to just six brief entries. If you’ve got any more suggestions for bookish folks who want to dive into comics, the comments section is a great place to drop them in. Be sure to include a description if it isn’t a straight adaptation!

Also, three cheers for my fellow Rioters who contributed recommendations for this awesome list.