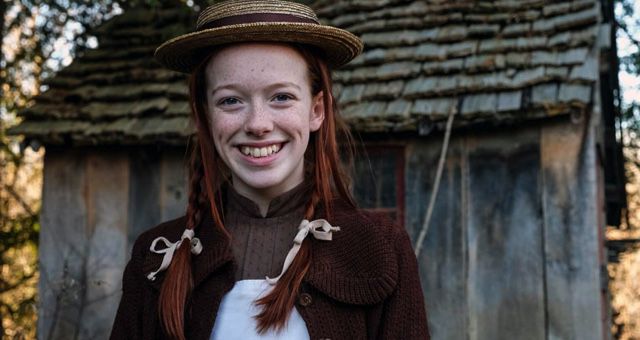 If you’re a fan of Anne with an ‘E’ on Netflix, then you have probably heard the sad news: the series will not be renewed beyond Season 3. It’s been hard enough waiting for Season 3 to air on Netflix in January 2020 (don’t say a word, Canada) but then to know this season will be the last is sombre indeed.

Now, if you reside in Canada, you have already had the opportunity to watch Anne with an ‘E’ Season 3 – right up to the finale. I, unfortunately, have not. Like many others, I must wait until Netflix releases the season in January. However, I am an avid Anne of Green Gables fan and have been casting a critical eye toward any canonical references versus creative liberties. And if you’re waiting to see whether Season 3 will be worth watching, then this is the discussion for you. 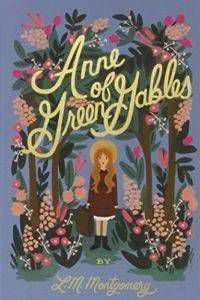 As adaptations go, Anne with an ‘E’ is more akin to the soul of Anne of Green Gables, rather than the canonical storytelling. In the beginning, it received many mixed reviews; some praising its honesty for the time period, others calling it a ‘gothic nightmare’. Personally, it took me a while to warm up to the series. It wasn’t until a friend advised me to treat it as ‘another fan fiction’ when I started to appreciate elements of it. (If you ARE into Anne of Green Gables fan fiction, fellow Book Rioter Christine has compiled a brilliant list here)

By ‘sweet sixteen’, canon-Anne is ready to take on responsibility. She is ready to grow up and take steps along her future path. There is no doubt Anne has lived a more demanding life than most (thus her need for escapism within her active imagination), however, Anne also shows a strong commitment to her loved ones. There are three examples within the first book that are yet to appear in the series: Anne’s recital at White Sands Hotel; Anne’s attendance at Queens Academy; and the sudden death of Matthew. The recital is Anne’s real opportunity to publicly display her passion in a traditionally conservative environment. Her attendance at Queens is the first real step outside her comfort zone without her usual network around her. Finally, the death of Matthew is a grounding moment and tests her dreams of teaching and literary career.

And yet we haven’t seen this develop in Anne with an “E”. This new Anne is only now considering Queens, she isn’t presenting amongst the elite at the Hotel, and she is definitely not facing Death in her home. Instead, Netflix-Anne is being shaped by her past trauma (which is fair enough) compared with canon-Anne who shaped those around her. I feel like the new Anne is still being painted with a socially-modern brush and not in the light of 16-year-olds in the 1890s.

Will this change Anne’s future path in the series? Hell, yes! Netflix-Anne is carrying far more emotional baggage and psychological damage then canon-Anne ever portrayed. Fellow Book Rioter Matt said it really well when he recently shared his own experience with the more hopeful Anne of Green Gables.

In contrast, the story developments unique to Netflix-Anne have added a contemporary filter to her experiences, even in the period setting for the show. While fresh and cool, the edge in the stories has moved the focus from Anne looking out to Anne looking in. Her wokeness with Aunt Jo and her open attitude to Bash and Mary are two examples of WAY-OUT deviations from the book that developed a more socially acceptable Anne for the modern age. While that is perfect for the young audience watching on TV, it won’t fit with the canon-Anne we see in the books. I suppose it may be hard to imagine a 16-year-old today being a responsible teacher in a village school. However, that was the time period Anne lived in and that was the impact she had on her village.

The variation from the source code spreads out to all who are touched by Anne. And for me, this is as important as the changes to Anne herself. Throughout all of the books, the common theme has always been about the magical way Anne touches the lives of everyone she meets. From Marilla and Matthew who take her in, to Aunt Josephine, and even grumpy Mr Harrison (in Anne of Avonlea). When you change from the books, you change how these characters grow as well; and I’m not just talking about Matthew having a reprieve from the Angel of Death.

Let’s look at Gilbert. I love the relationship between Gil and Bash, and I love the magic between Anne and Gil. But come on! Killing his dad off from the beginning?!? That was harsh. Taking him out of Avonlea for most of the series? That was weird. And the real kicker for me was taking away his teaching experience: At the end of Anne of Green Gables (book), Gilbert is offered a teaching position at Avonlea while Anne is offered to teach at Carmody. After the death of Matthew, Gil offers the teaching position to Anne so she can stay with Marilla. It is the peace offering that rekindles their friendship and gives Anne a little hope for her future. Netflix-Anne and Gilbert don’t need this peace offering; they are already friends in an awkward adorkable way. But I kind of miss the growth it took for Gilbert to reach that point.

Diana Barry is another missed opportunity. Diana is the true counterpoint to Anne’s lofting dreams and ideals. Where Anne aspires to teach and travel, Diana was happy with marriage and children and the quiet home-life. Portraying Netflix-Anne as an adventurous, pioneering woman has been a stroke of genius. However, there is absolutely nothing wrong with a woman like Diana as well. The strongest element of women’s liberation is giving them the CHOICE with their lives. And from what I have heard, this right to choose is a major feature in Netflix-Diana’s story arc. But would it really have been so bad to allow one character to express a desire for the homely life? Or would it have clashed too much with the wokeness of the series?

In Anne of Avonlea, a critical growth step in Anne’s character is the acceptance of Diana’s relationship with Fred Wright. Anne spends much of the book frustrated with her friend ‘settling’ for a farm boy; giving up her romantic ideals and dreams. Eventually, Diana is able to explain to Anne how happy she is. Genuinely happy. It is an eye-opening moment for Anne, as she learns to accept diversity within life paths as well as people.

To be honest, I don’t know. I am usually a completionist – I don’t start a new book until I have completed my current reading material. Part of me wants to see how they end the series, especially since this is The End.

However, I’m still processing some significant changes from the first and second season. There were some episodes that carried the spirit of Anne of Green Gables, but not enough to go forth to Anne of Avonlea. Personally, it feels a little too much like A Yankee in King Arthurs’s Court; pushing too much contemporary insight into a period storyline. On its own, Anne with an “E” is a solid show with a great cast and plenty of contemporary discourse. As an adaptation, it’s not my fave fanfic.

I think I’ll curl up with Anne of Avonlea instead.