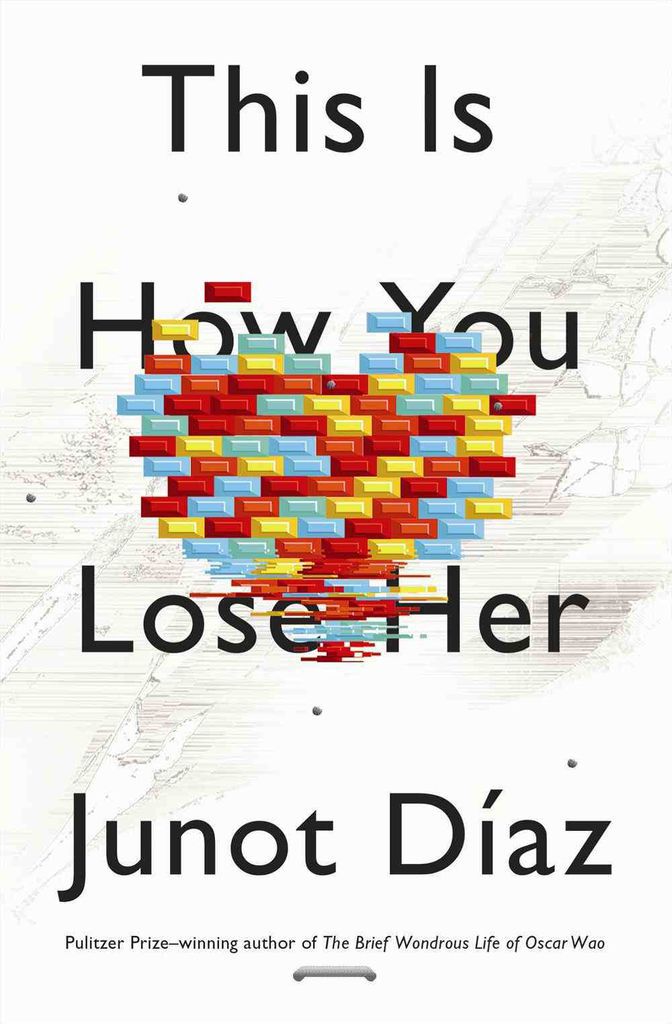 Variety being the spice of life, this is one of the zestiest weeks for new releases this fall. 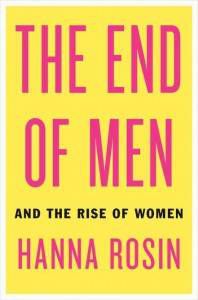 The End of Men: And the Rise of Women by Hanna Rosin (Riverhead)

Behind the overly sensational, intentionally controversial title lies a thoughtful–if not entirely fully formed–exploration of the variable impacts the latest U.S. recession has had on men and women. Rosin examines the effect of gender roles and socialization on men and women’s reactions to the changing shape of the American workplace and the American family. She  argues that the “soft skills” women are encouraged to develop (flexibility, empathy, responsiveness to social cues) have enabled them to bounce back in the postindustrial economy (where brawn is no longer a commodity) more successfully than men, who are bound by crazy-strict definitions of masculinity.

Combining outside research with anecdotal evidence and qualitative interviews, Rosin focuses her cultural study on the rise of women. Really, fellas, this is not a book about taking you down. It’s about the new landscapes of hook-up culture, family organization, and the corporate world, and the lessons men can–and should–learn from women if they want to adapt more capably and succeed more consistently in the economy. Not a home run but well worth the read, this one should really just be called The Rise of Women. 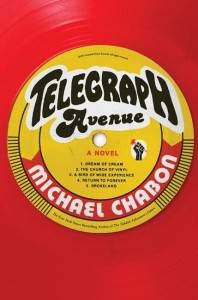 It’s been a while since we had new fiction of Michael Chabon–The Yiddish Policemen’s Union came out in 2007, followed by Manhood for Amateurs–essays about marriage, fatherhood, and masculinity–in 2009. Anxiously awaited, heavily debated among critics, and weighing in at nearly 500 pages, Telegraph Avenue is a BIG book of 2012 in many senses of the word.

Set in Berkeley, CA in 2004, the novel presents the longtime owners of dying independent music store Brokeland Records, who find themselves in a battle against the ubiquitous Big Box. Insert Empire Records or You’ve Got Mail reference at your will. Chabon is just as fluent in music culture as he is in literature, and the parallels between Brokeland’s situation and the circumstances many indie bookstores find themselves in now are obvious and ripe for discussion.

Never content to do just one thing–and why should he, when he’s so adept at spinning multiple plates–Chabon also tackles issues of race, class, and privilege. I’m not all the way through this one yet, but so far it’s spinning me right ’round. 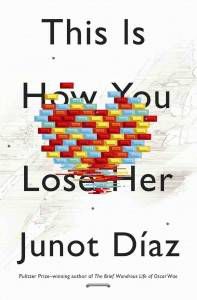 This Is How You Lose Her by Junot Diaz (Riverhead)

I never regret choosing to take French instead of Spanish in high school as much as I do when I read Junot Diaz. Drums beat behind every sentence. Language is simultaneously conversational and high-art Dominican Spanglish. Pop culture permeates the pages as surely as it permeates the characters’ lives. Diaz is just a realist like that. And whoa, does he have swagger.

In the linked short stories of This Is How You Lose Her, Diaz returns to Yunior, the narrator of The Brief Wondrous Life of Oscar Wao (you needn’t have read it to enjoy this collection), and turns the lens on his relationships both familial and romantic. We see Yunior as a child, an adolescent, and a young man, on the Island and in the States. He is always feeling something, and never quite feeling right. Yunior loses a brother, more than one lover, and occasionally his identity. He loves, he cheats, he learns. He reveals the titular her, but she is a stand-in, one of many. Don’t let the title fool you–these pages are filled with tough lessons, but a book about how “the half-life of love is forever” is ultimately a book about hope.

The Yellow Birds by Kevin Powers (Little, Brown and Company)

This debut novel about the Iraq War and war’s effect on soldiers and their families takes readers by the collar with its opening line, “The war tried to kill us in the spring,” and holds them tight for 240 pages. Powers explores the war through the friendship of two young soldiers–narrator John Bartle and his buddy Murph–who meet in training and spend the ten months before Murph’s death seeing each other through experiences neither of them is prepared for.

The Yellow Birds is about the costs of war–physical, emotional, psychological–and the lived experiences of young citizens who bear enormous responsibilities. In showing us Bartle’s struggles in combat and the surreal, disorientating days of his return home, Powers puts a face on and gives a voice to the servicemen and women we hear so much about but so little from. Pair this novel with Karl Marlantes’ 2011 memoir What It Is Like to Go to War for a 360-degree examination of what soldiers do and what we should do for them.