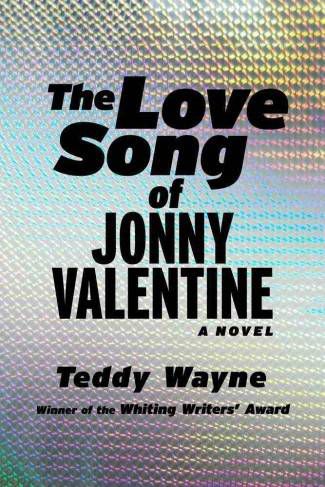 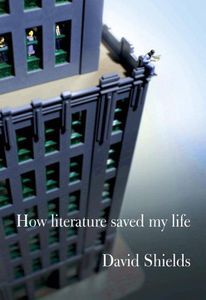 How Literature Saved My Life by David Shields (Knopf)

The thing about David Shields is that you either love his books, or you hate them. I really don’t know anyone who falls in the middle. I’m going to refrain from offering my opinion here, partially because this column is dedicated to telling you what’s out there so you can find out for yourself and partially because I haven’t read this one yet. The jacket copy promises an exploration of how literature can “make life survivable, maybe even endurable,” and if nothing else, that’s a sentiment I can get behind. Who among hasn’t thought at some point or other that books saved our lives?

Shields mixes literary criticism with memoir and personal essay here. If that sounds like something you’d be into, why not try it out and report back? 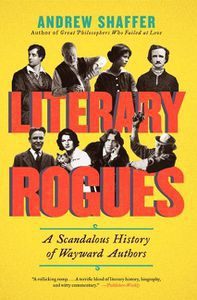 Before Andrew Shaffer got famous for writing a 50 Shades of Grey parody, he published a book about the love lives of philosophers. It was quippy and witty and well-researched, a delight to read and filled with facts perfect for showing off at cocktail parties. I’m pleased to see Shaffer return to form with Literary Rogues, a look at the icons and iconoclasts of literature we love, hate, and love to hate. I’ve been dipping in and out of this one–comprised of essays, interviews, and investigation, it’s great one bite at a time, though hardcore trivia nerds will likely devour it whole.

If you’re not afraid to learn the less-than-desirable bits of your favorite authors’ histories, you can’t go wrong here. 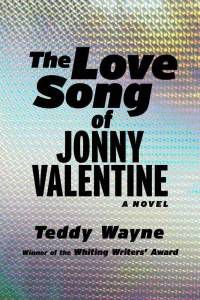 Imagine Justin Bieber as a remarkably self-aware, image-conscious, music industry jargon-slinging, second-tier pre-teen pop star, and you’ll have Jonny Valentine, the protagonist and narrator of Teddy Wayne’s latest. Trapped by a mother who is living vicariously through him and fans who freak out any time he makes the slightest change, Jonny lives in the tension between who he really is and who everyone else wants him to be. They want bubblegum and smiles and perfectly executed dance moves; all he wants is to play video games and be treated like one of the cool kids, and for his long-practiced efforts at self-stimulation to finally pay off. (Spoiler: they do, and it’s hilarious. Mayonnaise is involved.)

As if adolescence isn’t awkward and awful enough, Jonny struggles through his in the public eye as he faces the unfortunate realization that he’s never going to be number one. He’s both a product and critic of popular culture, and his is one of the best, funniest, and most original voices I’ve read in a long time. This is one not to be missed. Highly recommended.