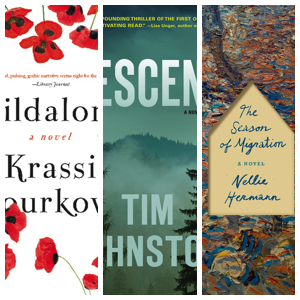 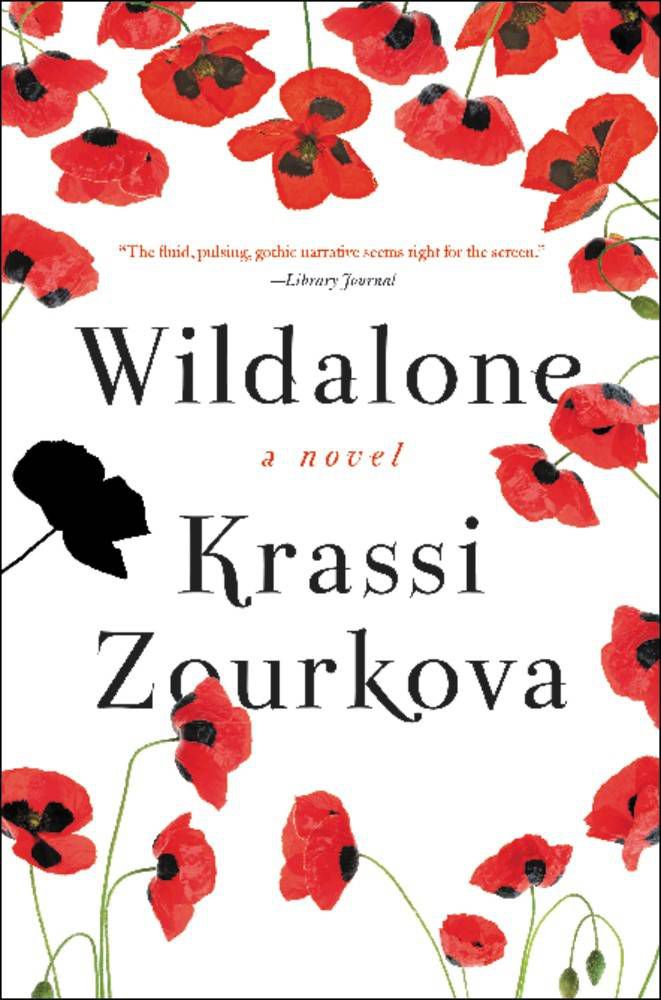 Arriving at Princeton for her freshman year, Thea Slavin finds herself alone, a stranger in a strange land. Away from her family and her Eastern European homeland for the first time, she struggles to adapt to unfamiliar American ways and the challenges of college life—including an enigmatic young man whose brooding good looks and murky past intrigue her. Falling into a romantic entanglement with Rhys and his equally handsome and mysterious brother, Jake, soon draws Thea into a sensual mythic underworld as irresistible as it is dangerous.

In this shadow world that seems to mimic Greek mythology and the Bulgarian legends of the Samodivi or “wildalones”—forest witches who beguile and entrap men—she will discover a shocking secret that threatens everything she holds dear. And when the terrifying truth about her own family is revealed, it will transform her forever . . . if she falls under its spell.

Mesmerizing and addictive, The Wildalone is a thrilling blend of the modern and the fantastic. Krassi Zourkova creates an atmospheric world filled with rich characters as fascinating and compelling as those of Diana Gabaldon, Deborah Harkness, and Stephenie Meyer. 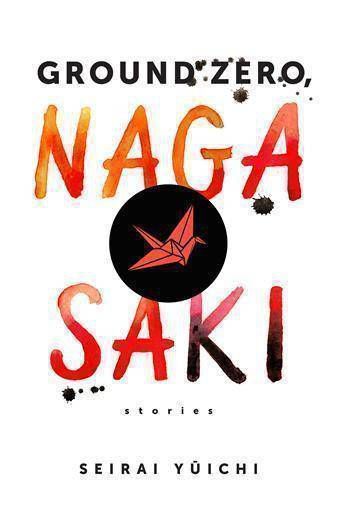 Set in contemporary Nagasaki, the six short stories in this collection draw an unflinching portrait of the A-bomb’s horrific, ongoing trauma. Whether they experienced the attack directly or have merely heard about it from survivors, many of the characters in these tales filter their pain and alienation through their Catholic faith, illuminating a side of Japanese culture little known in the West. For hundreds of years, Christianity was suppressed in Nagasaki, but the religion enjoyed a revival in modern times. The Urakami Cathedral, the center of Japanese Christian life, stood at ground zero of the A-bomb attack.

In “Birds,” a man in his sixties reflects on his life as a husband, father, and grandfather. Just a baby when he was found crying in the rubble near ground zero, he knows neither his parents’ nor his own identity. His birthday is set as August 9, the day the A-bomb was dropped on Nagasaki. In other stories, a woman is haunted by her brief affair with a married man, who is now dead, and the parents of a schizophrenic man–a virtual time bomb–murders his wife, and they struggle to make sense of the aftermath of the crime. These characters battle with guilt, shame, loss, love, and the limits of explaining an inexplicable event. They feel anger toward those who were not affected by the bomb and ambivalence toward a God who would allow such horror to happen. 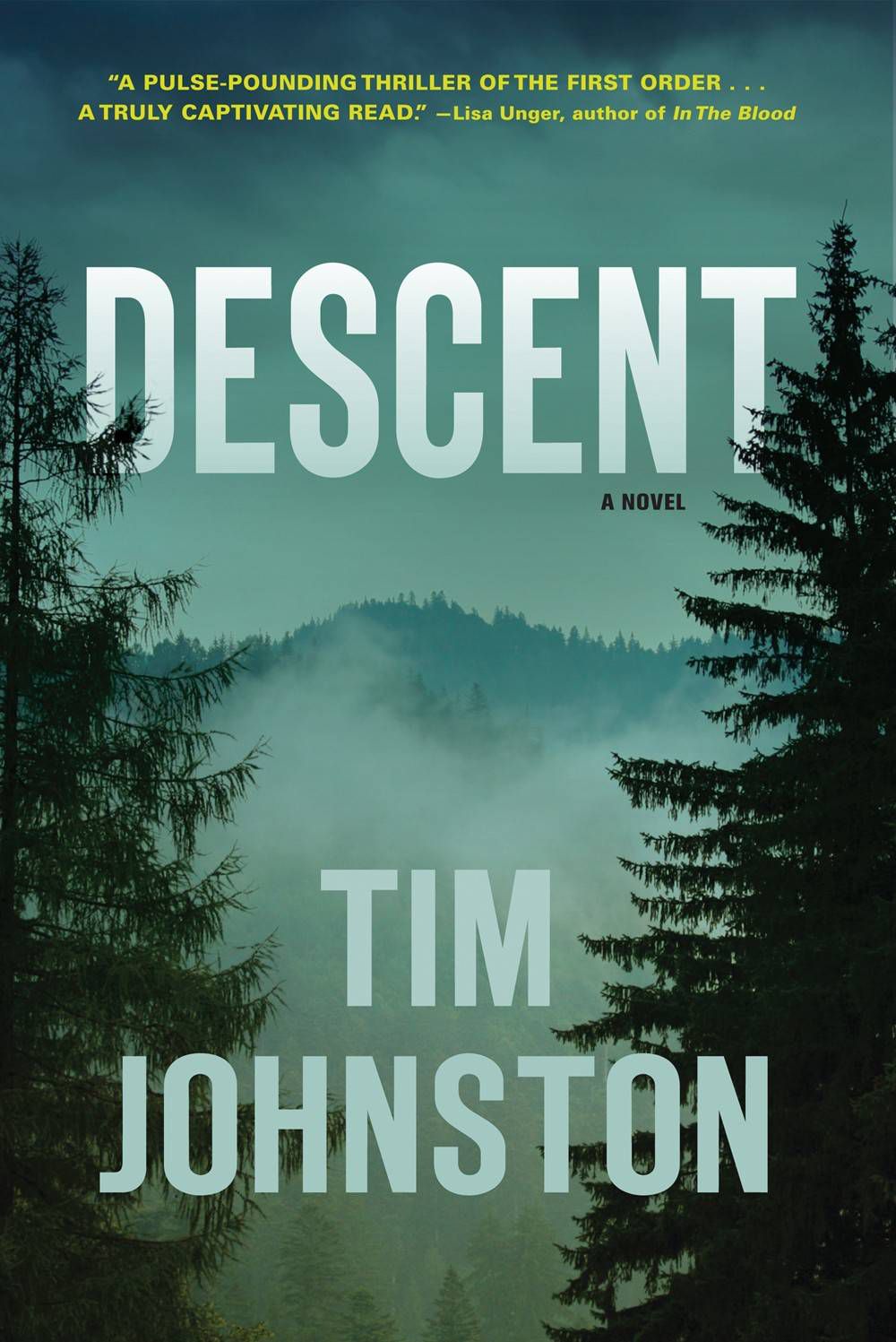 The Rocky Mountains have cast their spell over the Courtlands, a young family from the plains taking a last summer vacation before their daughter begins college. For eighteen-year-old Caitlin, the mountains loom as the ultimate test of her runner’s heart, while her parents hope that so much beauty, so much grandeur, will somehow repair a damaged marriage. But when Caitlin and her younger brother, Sean, go out for an early morning run and only Sean returns, the mountains become as terrifying as they are majestic, as suddenly this family find themselves living the kind of nightmare they’ve only read about in headlines
or seen on TV.

As their world comes undone, the Courtlands are drawn into a vortex of dread and recrimination. Why weren’t they more careful? What has happened to their daughter? Is she alive? Will they ever know? Caitlin’s disappearance, all the more devastating for its mystery, is the beginning of the family’s harrowing journey down increasingly divergent and solitary paths until all that continues to bind them together are the questions they can never bring themselves to ask: At what point does a family stop searching? At what point will a girl stop fighting for her life?

Written with a precision that captures every emotion, every moment of fear, as each member of the family searches for answers, Descent is a perfectly crafted thriller that races like an avalanche toward its heart-pounding conclusion, and heralds the arrival of a master storyteller. 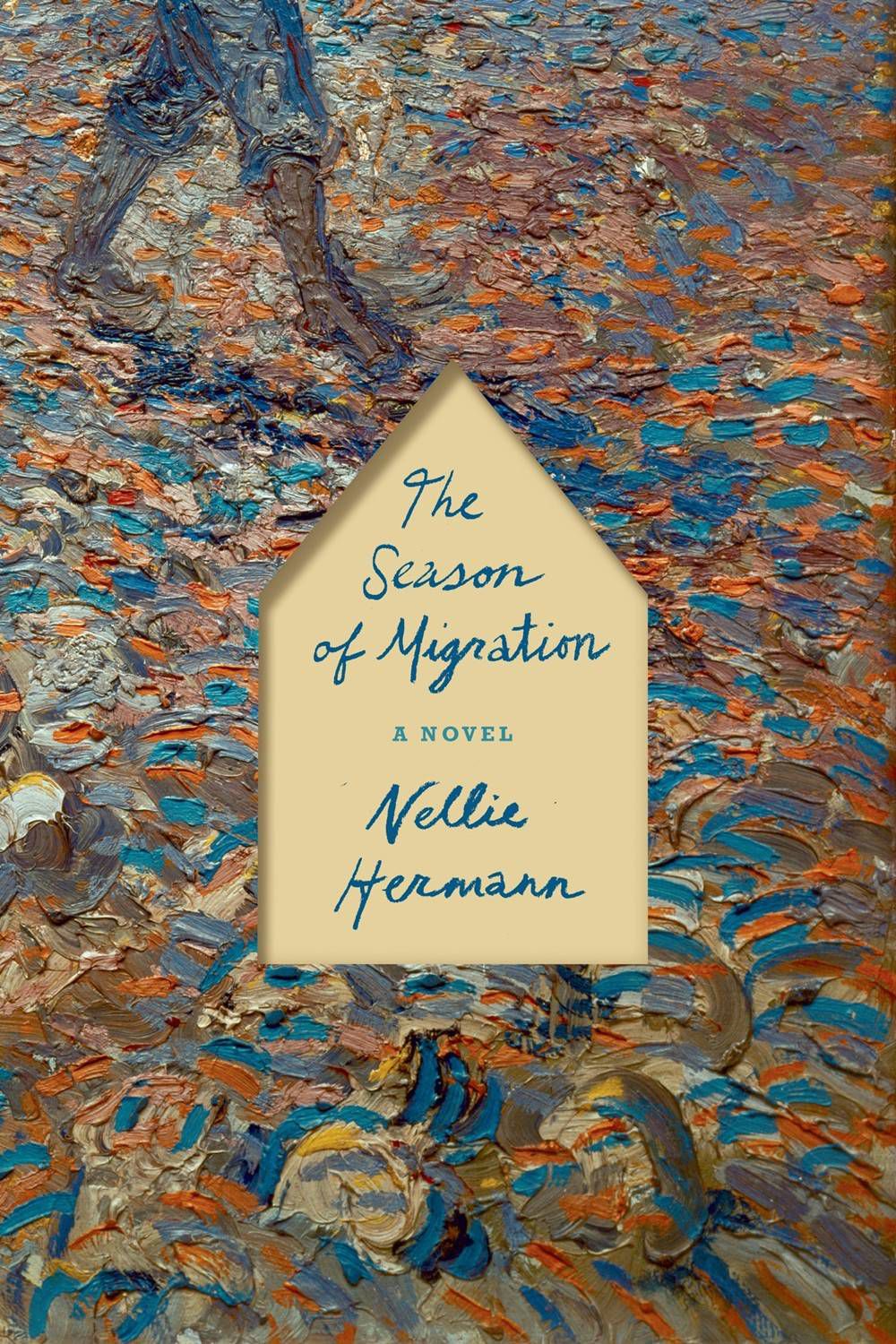 The Season of Migration by Nellie Hermann (Farrar, Straus & Giroux)

Though Vincent van Gogh is one of the most popular painters of all time, we know very little about a ten-month period in the painter’s youth when he and his brother, Theo, broke off all contact. In The Season of Migration, Nellie Hermann conjures this period in a profoundly imaginative, original, and heartbreaking vision of Van Gogh’s early years, before he became the artist we know today.

In December 1878, Vincent van Gogh arrives in the coal-mining village of Petit Wasmes in the Borinage region of Belgium, a blasted and hopeless landscape of hovels and slag heaps and mining machinery. Not yet the artist he is destined to become, Vincent arrives as an ersatz preacher, barely sanctioned by church authorities but ordained in his own mind and heart by a desperate and mistaken spiritual vocation. But what Vincent experiences in the Borinage will change him. Coming to preach a useless gospel he thought he knew and believed, he learns about love, suffering, and beauty, ultimately coming to see the world anew and finding the divine not in religion but in our fallen human world.

In startlingly beautiful and powerful language, Hermann transforms our understanding of Van Gogh and the redemptive power of art. 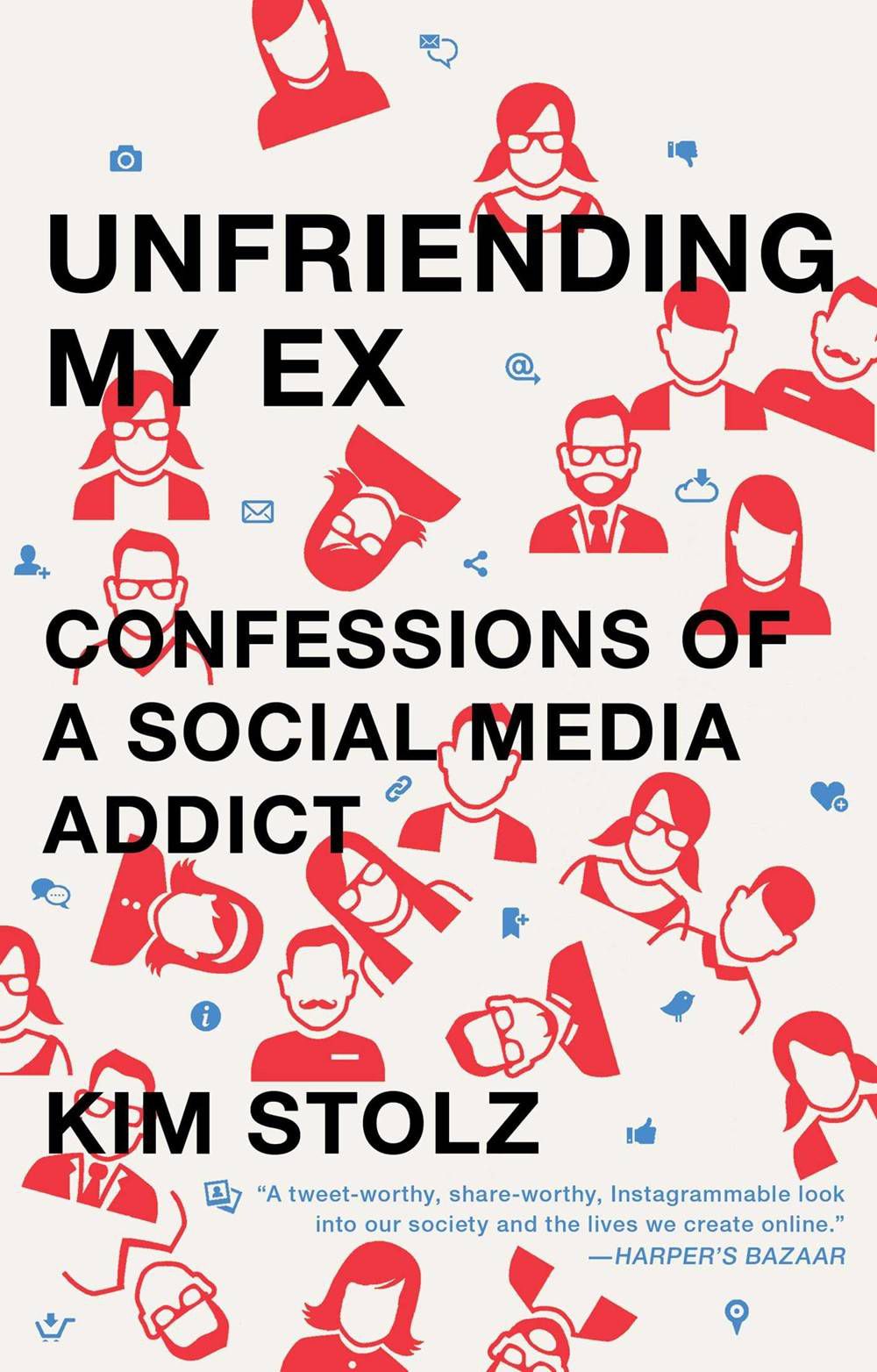 Unfriending My Ex: Confessions of a Social Media Addict by Kim Stolz (Scribner)

Breaking up used to be easy. You’d sit down, air your grievances, shed some tears, then commiserate with your friends over a pint of ice cream. But then it was over. Your ex was history. And if you lived in a big enough city, chances are you’d never bump into him or her again.

But the golden age of break-ups has come and gone. Today our exes, former friends, estranged relatives, and even that random person we met that one night in Vegas are just a thumb tap away, their lives playing out in an endless soap opera of status updates, selfies, Snapchats, and Tweets. The ways we interact with each other have changed forever. But our desire for human connection remains the same.

In Unfriending My Ex, Kim Stolz shares her stories from the front lines of our emoji-laden, filter-heavy, ultra-connected world, capturing the hilarity and chaos of life both online and off. Whether you’ve spent two hours clicking through a semi-stranger’s vacation pictures or accidentally swiped right on a former flame, Kim Stolz is here to tell you you’re not alone, you’re not crazy, and she’d like a few of those french fries that you Instagrammed at dinner. Smart, honest, and always relatable, Unfriending My Ex is a must read for anyone who likes to hold a book in one hand and their phone in the other. 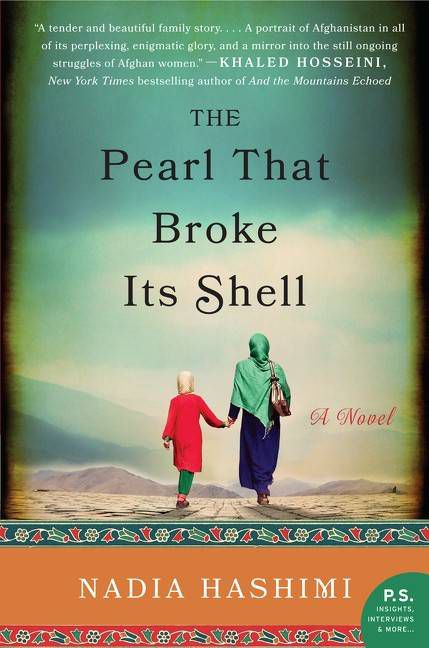 Kabul, 2007: The Taliban rules the streets. With a drug-addicted father and no brothers, Rahima and her sisters can rarely leave the house or attend school. Their only hope lies in the ancient Afghan custom of bacha posh, which allows young Rahima to dress and be treated as a son until she is of marriageable age. As a boy, she has the kind of freedom that was previously unimaginable . . . freedom that will transform her forever.

But Rahima is not the first in her family to adopt this unusual custom. A century earlier, her great-great-grandmother Shekiba, left orphaned by an epidemic, saved herself and built a new life in the same way—the change took her on a journey from the deprivation of life in a rural village to the opulence of a king’s palace in the bustling metropolis of Kabul.

Crisscrossing in time, The Pearl That Broke Its Shell interweaves the stories of these two remarkable women who are separated by a century but share the same courage and dreams. What will happen once Rahima is old enough to marry? How long can Shekiba pass as a man? And if Rahima cannot adapt to life as a bride, how will she survive? 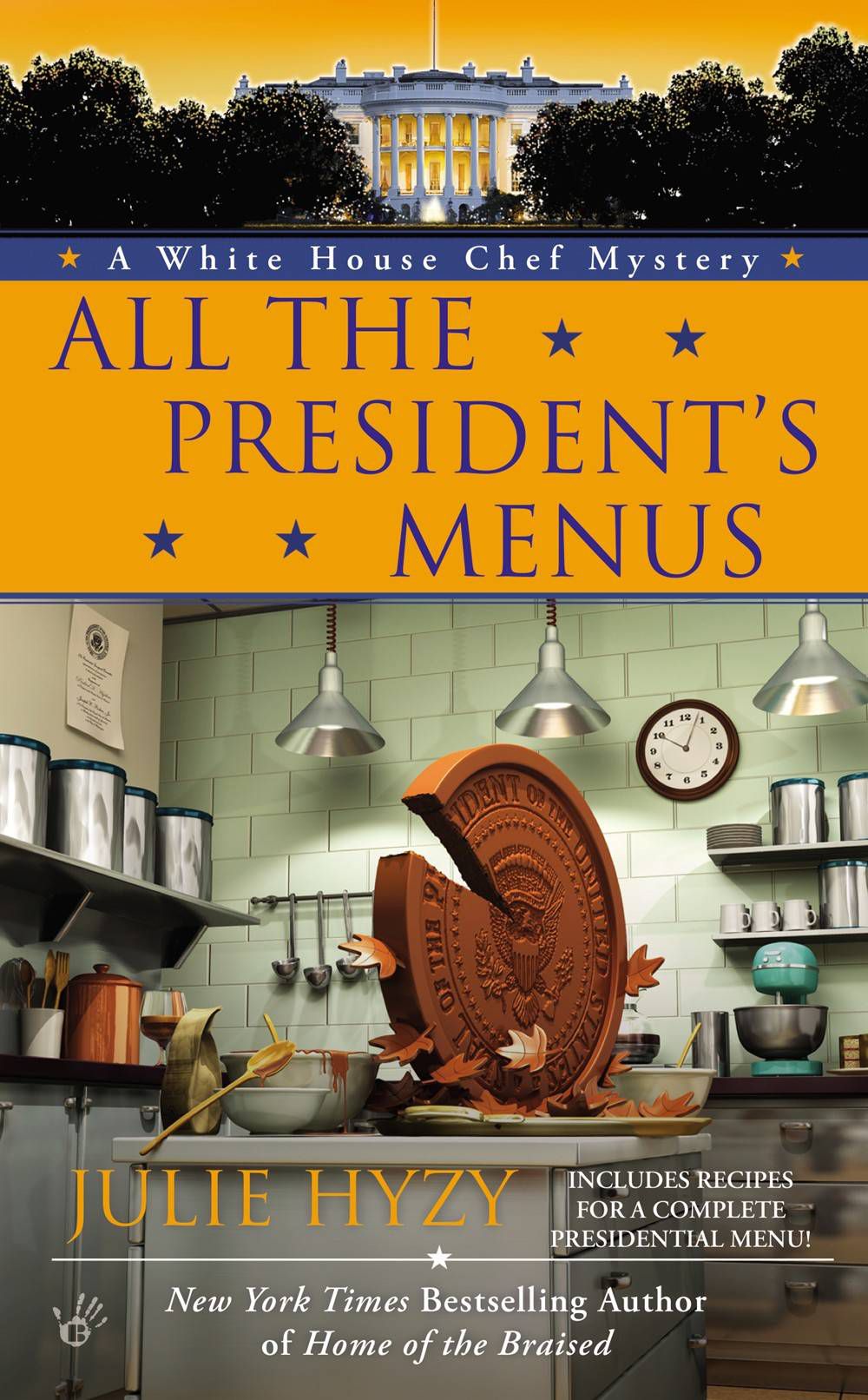 All the President’s Menus by Julie Hyzy (Berkley)

The New York Times bestselling author of Home of the Braised serves up an all-new White House Chef mystery.

It’s an old adage that too many cooks spoil the broth. But when a tour of the White House kitchen by a group of foreign chefs ends in murder, executive chef Olivia Paras makes sleuthing the special of the day.