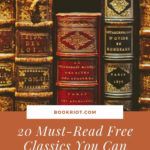 Looking for a summer reading list? Project Gutenberg is the place to be. With more than 60,000 free ebooks, Project Gutenberg hosts some of the world’s most revered “classics,” along with older and lesser known works that deserve that designation.

You can find high-profile reads like Pride and Prejudice and Treasure Island for free on Project Gutenberg, if you’ve never had a chance to pick them up. But if you’re looking for a different summer reading challenge, consider the following must-read classics you likely haven’t encountered on a syllabus. 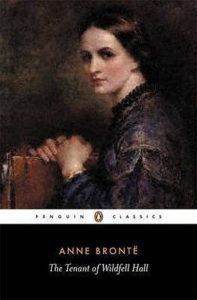 Could you read Jane Eyre and Wuthering Heights on Project Gutenberg? Yes, you could. I won’t stop you. But consider first tackling this willful, ahead-of-its-time doorstopper from the youngest of the Brontë clan. Fleeing her alcoholic husband, Helen Graham strikes out in search of a life of independence for herself and her son, a journey with a gothic setting and slow burn romance.

The Brontës are the Pringles of literature: once you pop, you can’t stop. Bending to that reality, indulge in the Jane Eyre author’s final novel, which documents the turbulent life of Lucy Snowe. The story is drawn from Brontë’s own life experience as a teacher in Belgium, and its heroine makes for an interesting context to Jane.

The Innocence of Father Brown by G.K. Chesterton

Given the uncertainty of life right now, many of us are looking for comforting reads, and cozy mysteries are at the top of that new genre of necessity. I myself spend most days pining for the U.S. air date of the next season of the BBC’s Father Brown. In lieu of televised provincial crime-solving, you can read the first 12 of Chesterton’s delightful Father Brown mysteries.

The Decameron by Giovanni Boccaccio, translated by John Payne

If you don’t mind reading stories inspired by plague right now, The Decameron is a monumental work that gives us a full picture of an historical era. Ten young people shelter from the Black Death outside of Florence, and the 100 tales they tell demonstrate the trials and triumphs of medieval life. This 1886 translation includes lots of explanatory footnotes.

You’ve read the Grimms. You’ve read Hans Christian Andersen. Now check out this collection of Japanese fairy tales translated and entertainingly recast by Ozaki. Published at the turn of the 20th century, these tales (chockablock with dragons) have a modern style and make perfect read-aloud material for adults and children alike. 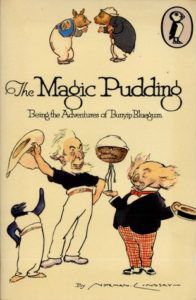 The Magic Pudding by Norman Lindsay

Several friends and I ran across this Australian children’s book years ago, and it has been a favorite ever since. (Don’t take my word for it: Philip Pullman wrote the introduction to the book’s 2004 reissue and has listed it among his favorite children’s books.) Simplifying the plot, a koala, a sailor, and a penguin protect a magic, unending bowl of pudding from dastardly thieves.

If you missed this short classic in childhood—or want to revisit it for a good cry—here’s your chance. The book is narrated by Black Beauty, in a sort of horse bildungsroman. Black Beauty describes the warm and loving home of his youth, followed by many human-centered hardships. Both hopeful and sad, the book offers life lessons aplenty for readers young and old.

This is decidedly not a book to read aloud to children, but it is a short, relatively digestible work of Naturalist fiction if you’re not in the mood to grind away at something. Throes of passion are studied dispassionately in this, Zola’s first major novel. Adultery and murder dot a claustrophobic story set along the Passage du Pont-Neuf in Paris. 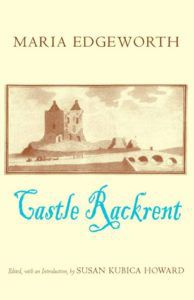 Edgeworth is an underappreciated name today, but she was a star of her own time. Published in 1800, Castle Rackrent is an historical novel, chronicling three generations of a landed family in an Ireland still legislatively bound by England. The chronicler is Thady Quirk, the family’s longtime servant and an unreliable narrator along the lines of Stevens in Kazuo Ishiguro’s The Remains of the Day.

This coming-of-age tale has been compared to The Adventures of Tom Sawyer and The Catcher in the Rye for a couple of reasons. First, this book is widely familiar to Japanese schoolchildren. Second, its titular protagonist is a troublemaker at his conservative boys’ school. It also happens to be a funny, fast-moving read.

Among our picks for the best feminist books, The Blazing World is remarkable in many ways. Not only was it written by the Duchess of Newcastle-upon-Tyne, it was published under her name in 1666. It’s also among the earliest forerunners to modern science fiction (and the submarine!), with a plot that sends a young woman into a strange new utopian world. 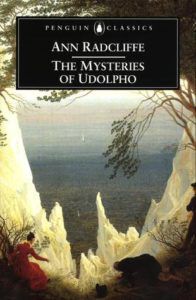 The Mysteries of Udolpho by Ann Radcliffe

This early gothic romance is the prototype of the form, imitated or parodied (as in Jane Austen’s Northanger Abbey) ever since. Among Guillermo del Toro’s favorite works, Radcliffe’s genre-defining book centers on Emily St. Aubert, a heroine trapped in a medieval castle and dogged by terrors of the natural and supernatural varieties.

Dubbed “the mother of the detective novel,” Green helped popularize detective stories in America—and shaped the direction of the whodunit format before Arthur Conan Doyle set Sherlock Holmes to paper. And this petite story has everything you’d want from the genre: an ancient inn, suspicion, intrigue, eerie atmosphere, and, of course, murder.

With a quite good miniseries adaptation, the saga of North and South may be familiar to you already. (Middle class Margaret Hale confronts a mill town’s poverty while also falling for the curt mill owner.) But the source material is well worth a read, as Gaskell pens a sweeping Industrial Revolution romance that reads like a class-conscious Pride and Prejudice.

An enslaved person at the time of her writings, Wheatley published the first book of poetry by an African American author. (This volume of her poems begins with a preface from John Wheatley, the man who “owned” her.) Her poems, among our repeated recommendations for must-read classics, are largely religious in nature but also touch on classical and contemporary themes.

Ancient Ballads and Legends of Hindustan by Toru Dutt

Dutt died at 21, but she still managed to produce two volumes of poetry and a novel, chronicling, in their own varied ways, life in British India. The epic poems in this volume, published posthumously, tell a story of India but read like Dutt’s own reckoning with coming home to Kolkata after years of her childhood spent abroad. 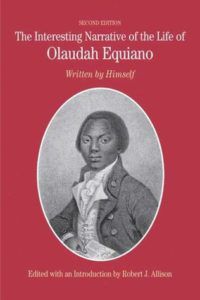 In a must-read memoir, Equiano details more than the life of an enslaved person in America; he outlines the very act of his enslavement. The narrative moves from Equiano’s kidnapping from his hometown in modern Nigeria, through various travels with multiple slave owners, and then, eventually, to the purchase of his own freedom and work as an abolitionist.

Truth’s autobiography explores American slavery from a different lens: enslavement in the North. Later a leading abolitionist and feminist leader, Truth was born into slavery in rural New York. Her life is a remarkable study of strength and courage, and this recounting covers it all: her escape to freedom, her court battle to reclaim her son, and her high-profile social advocacy.

Even today, the voices of Native American women are so often silenced. So this collection of personal stories, essays, and short fiction—another on our list of must-read classics by women—from Sioux writer and activist Zitkála-Šá (sometimes credited by her given name, Gertrude Bonnin) remains an unfortunate relative rarity, more than a century after its original publication.

Du Bois’s essay collection is a short read but packs a punch. These lyrical writings on black life in America at the turn of the 20th century became a cornerstone for black protest in the ensuing decades. In these essays, you can see the split among activists and intellectuals over the best way to advance the cause of civil rights, a still ongoing debate.