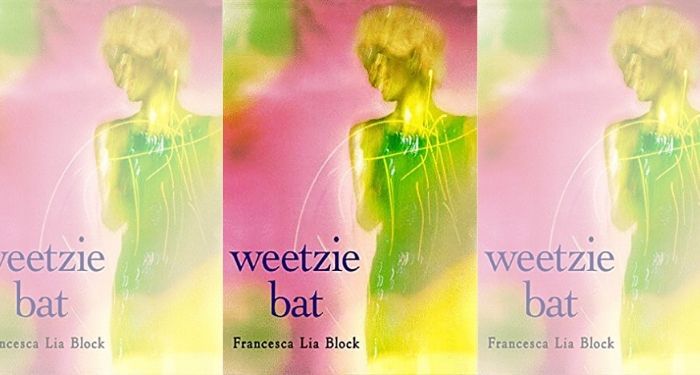 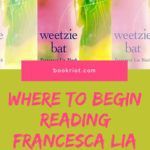 My first love was a woman I’d never met who was old enough to be my mother. Her name is Francesca Lia Block. If you came of age in the 1990s, chances are good you adore her, too. She interviewed Tori Amos for Spin, taught us to make zines, and wrote books that made our moms raise their eyebrows. In short, Block was the definition of cool.

When I felt stuck in the suburbs, her words transported me to a luscious California full of rockstars and jacaranda trees. When I felt alienated at school, her misfit characters gave me hope that my people were out there. Her books seemed to have a cure for anything and everything that ailed me. Twenty years after picking up her first novel, not much has changed.

I’ve assembled a list of book recommendations below for anyone that might need more Francesca Lia Block in their lives and on their shelves. 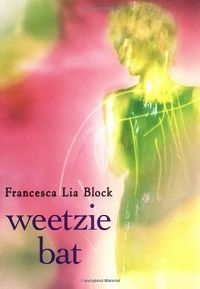 I’ll confess that part of the allure of picking up Weetzie Bat for the first time was that it was on the banned books list. At the time, there weren’t many YA books that would dare touch topics like bondage or threesomes, but Francesca Lia Block has said during many an interview that she never set out to write YA. Just good books. Given her many accolades from groups like the American Library Association and the Children’s Literature Association, I’d say she succeeded.

In Weetzie Bat, the titular character is a bleach blonde teenage seamstress with an affinity for punk, upcycling thrift store finds, and her gay best friend Dirk. Neither of them feels that they belong. To combat their loneliness, they take to the streets of Los Angeles in search of adventure and found family. Oh—and there’s also a genie that grants Weetzie three wishes. (Didn’t see that one coming, did you?)

As a gawky teen, I wanted nothing more than a real-life Weetzie to bedazzle my denim jackets and take me into her fold. 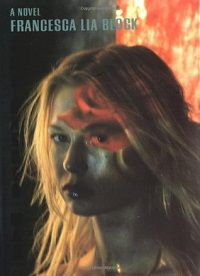 The best of Block’s writing is heady, intoxicating, and sensual. It can also be incredibly dark. In The Hanged Man, teenage Laurel is reeling after her father’s death. Her friends do heroin, her mother believes her dead husband is coming to her in the form of moths, and there’s a rapist running loose in the city. In the middle of the chaos, Laurel works to move past crippling self-doubt and traumatic family secrets.

The title of The Hanged Man comes from a tarot card that represents a period of change and uncertainty. Throughout the novel, Laurel uses tarot to make sense of the world around her, giving the reader a glimmer of the internal thoughts Block trusts her reader enough not to spell out.

If you enjoy her darker writing, I also recommend The Elementals, which is what I imagine you’d get if The Secret History and The Lovely Bones had a love child. 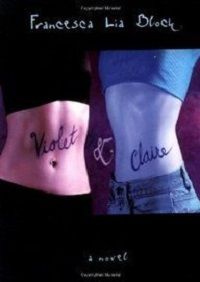 While Block writes swoon-worthy romance, what I love most about her writing is how she captures the beauty and intensity of friendship between women. In Violet and Claire, the titular characters couldn’t be more different. Violet is affluent, assertive, and intent on making it as a screenwriter. While Claire is a talented poet, she keeps quiet and does everything she can to blend in. One craves the spotlight while being out in the open makes the other cower.

The two women are initially drawn together because of their shared outsider status at school. After being swept up into a whirlwind friendship that emotionally sustains both of them through hardship, their bond is tested by an unexpected twist. Their ability to reclaim the magic between them is where this book shines.

In high school, I painted a canvas to look like the cover to give my best friend, replacing the character’s names with our own. I gave the book and the painting to her for her birthday. Sixteen years later, I gave the book to my sister when she started high school. (Like my parents, I wasn’t sure what age a reader should be before picking up Francesca Lia Block. At a certain point, I figured the rock star sex was balanced out by the emphasis on condom use.) I find myself sharing this book with the women I love time and again because it’s the ultimate ode to girl power. 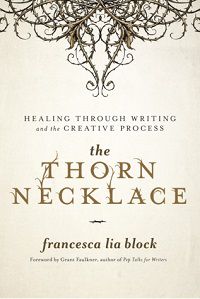 The Thorn Necklace: Healing Through Writing and the Creative Process

Over the years, Block has taught courses on writing from her living room, online, and through the Writers’ Program at UCLA Extension. In my 20s, I had big dreams of flying out to California to learn about gothic literature while surrounded by crystals in her tiny pink house in Venice. Finding out that she’d published a book about writing was the next best thing.

In The Thorn Necklace, Block writes about how to find muses and mentors. She talks craft, covering the tricky bits, like how to work through the muddy middle and end a story strong. Most importantly, Block sheds light on how to turn pain into a thing of beauty by making art.

Block scatters in a bit of memoir beside her practical tips and tricks. After reading about her relationship with her father, a romance with a rocker, and her time at a fashion boutique, I was able to better understand how she borrowed from life to create characters and settings that felt fully whole and believable. Beyond that, getting to know the woman behind my favorite novels made revisiting her fiction a richer experience later on.

If you enjoy her nonfiction, you should also check out Guarding the Moon: A Mother’s First Year, which chronicles the early highs and lows of motherhood.

For better or for worse, I’ll believe in magic no matter how old I am. I hope that Francesca Lia Block will take it as a compliment when I say that it’s her fault.