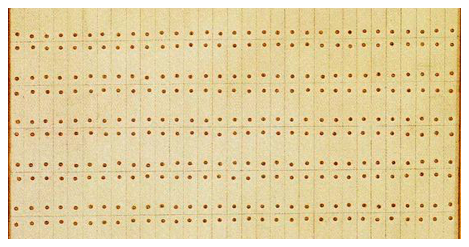 Agnes Martin was an American abstract expressionist painter and contemporary of Mark Rothko, Ellsworth Kelly and Sol Dewitt. Her best known works are typified by strong, hard grids drawn on square canvases in pencil and combined with soft pastel washes of paint. She is an important figure in American abstract art, one of the few women painters of that period to garner universal respect and acclaim. And yet among the general public she lacks the name recognition enjoyed by the male artists whose work was represented by the same galleries, hung in the same group shows and displayed in the same museums as her own. An upcoming exhibition at the Guggenheim Museum in New York City will hopefully correct this.

So in honor of that exhibition I’d like to recommend four books which, for those looking for a way into Martin’s life and work, share many of the same themes.

The Map and the Territory by Michel Houellebecq and translated by Gavin Bowd.  The hero of this novel is an artist named Jed Martin. Like Agnes Martin he is so intensely engaged in creating art that it frequently takes precedence over his personal relationships. The novel follows Jed’s life and career, which is highlighted by four large bodies of work – abstract photographs of Michelin Maps, portraits of tools, paintings of tradesmen, businessmen and artists, and finally an autobiographical video installation. Houellebecq’s descriptions of how an artist works in various mediums are some of the best I’ve ever read.

The plot eventually morphs into a post-modern murder mystery. Jed asks the writer Michel Houellebecq to write the program for his next one man show and in return paints the writer’s portrait. Things get complicated when Houellebecq is gruesomely murdered. The Map and the Territory won the French Prix Goncourt. It’s a completely engrossing read.

One Hundred Twenty-One Days by Michele Audin and translated by Christiana Hills. Agnes Martin’s paintings are defined by geometric grids. Michele Audin is both a mathematician and one of the few female members of Oulipo, a collective in France made up of writers and mathematicians who combine literature with mathematical constraints. She works in the area of symplectic geometry and her book One Hundred Twenty-One Days is about the myriad of ways in which human lives intersect.

This is fundamentally a sweet love story bound up in a tragedy, – told through journal entries, newspaper clippings, letters, footnotes and numbers. The reader, with the aid of a  narrator who pops up regularly, is left to piece together a story which spans two world wars and involves a golden age in mathematics, anti-semitism, young love, and madness. Audin handles the plot much like I imagine she would a complicated geometric equation – encapsulating the different fragments cleanly and elegantly. By the end, all the pieces slip easily into place.

Journal of a Solitude by May Sarton. This is a lovely meditation on what it means to be a woman, to grow old and to live alone. While Sarton was also a poet and a novelist, I believe she is at her best in her memoirs. A lesbian, she wrote with honesty and sensitivity about her relationships with women. She deliberated on being an artist, and found contentment (even happiness) in her solitude. In many ways she and Martin lived similar existences – facing the same challenges as women artists.

Agnes Martin: Her Life and Art by Nancy Princenthal. A biography of Agnes Martin, printed in a catalogue for a 1973 exhibition of her work, is a brief list of facts – “Born March 22, 1912, Maklin, Saskachewan, Canada. Came to the United States in 1932. Attended various American universities. Received a B.A. and an M.F.A from Columbia. Became a citizen of the United States in 1940. Lived periodically in New York City, Portland, Oregon, and New Mexico from the early 40’s until the mid ‘50s. Taught at the University of New Mexico in the late 40’s. During the early 50’s taught creative activities to children in Harlem. Returned to New York in 1957, settling in Coenties Slip. Left New York in 1967. Now lives in Cuba, New Mexico.”  To this terse summary of a life we can add “Died December 16, 2004 in Taos, New Mexico.”  If you want to learn more about Martin then I recommend Nancy Princenthal’s biography. The artist is not the easiest of subjects – partially because of the relatively reclusive life she led, far from the glitz and whirl of the coastal art scenes. Martin also suffered from schizophrenia – and  though at various points in her life she taught, lectured and wrote about what she called “the practice” of making art, she did not openly discuss her illness. Add to this the fact that true acclaim didn’t arrive until she was in her late forties and you can understand the challenges faced by her biographer. Hopefully this book, and the exhibition, will help popularize Agnes Martin as one of the most important American artists of the 20th century.