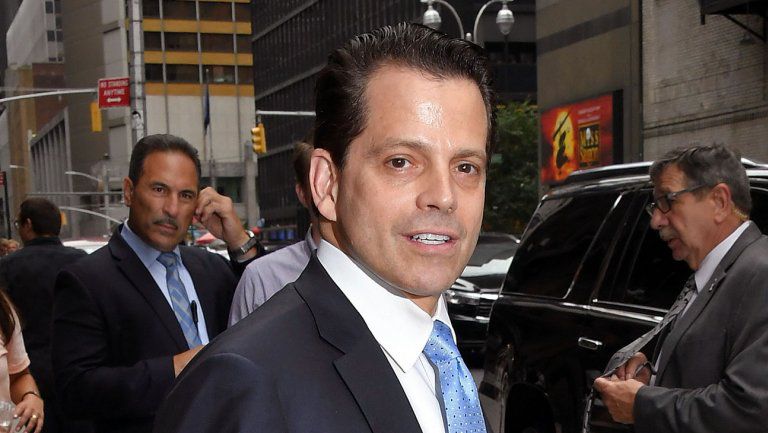 Sponsored by She Caused a Riot by Hannah Jewell

Anthony Scaramucci, the hedge fund advisor turned White House Communications Director to President Donald Trump (for just 10 days in July), has signed a book deal for The Blue Collar President: How Trump Is Reinventing the Aspirational Working Class, a spokesperson at publisher Hachette confirmed Wednesday to The Hollywood Reporter. The book will be published in September by the company’s Nashville-based Center Street imprint.

Little, Brown Books for Young Readers and Tapas Media are pleased to announce the upcoming release of Meg, Jo, Beth, and Amy, a modern-day adaptation of Louisa May Alcott’s classic Little Women in full-color graphic novel form, to commemorate its 150th anniversary with a new generation of readers.

The themes and plot of the original story remain the heart of Meg, Jo, Beth, and Amy, as the beloved March sisters support each other through the seasons while their father serves in the US armed forces. In this modernized retelling, the March family is blended, multiracial and LGBTQ-inclusive, with updates making it resonant to an even wider swath of today’s young readers.

With production currently underway in Italy, HBO has released two first look images at their upcoming adaptation of Elena Ferrante’s bestselling novel, “My Brilliant Friend.” The new images give a glimpse at the series’ central characters — Elena and Lila — played during two key periods in their lives, with newcomers Elisa Del Genio and Ludovica Nasti on board to play the pair as young children, with teenage actresses Margherita Mazzucco and Gaia Girace stepping in for the latter portion of the eight-part series.

A first look at My Brilliant Friend!