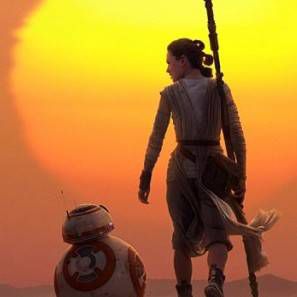 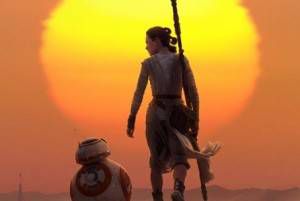 A long time ago in the same galaxy we live in now, it was 1995 and I loved Star Wars. Because I was twelve and Internet connection wasn’t quite fast enough to make the Kessel Run in any number of parsecs, I had a lot of time on my hands. So I filled those hands more often than not with Star Wars The Essential Guide to Characters —the most sacred apocryphal book in my small canon of Star Wars literature. I didn’t have the patience or resources (see also: these are just excuses, because I totally had a library card and nothing else important to do basically ever) to work my way through all the books of the expanded universe, and since this book was our closest approximation of wookieepedia at the time, it had my lazy name written all over it.

My imagination—the single part of me that was anything but lazy—had spent long years coming up with events that might have taken place after the party on Endor’s forest moon finally settled down, the victorious Rebels had high fived and hugged each other to the point of exhaustion, and all the little Ewoks had jub jubbed themselves into a deep, restful sleep. I acted these events out with the help of my super awesome Kenner action figures, and I can hardly think of a finer time in all my life.

But here, in officially approved ink, was a record of the characters who were officially part of those events. And I was riveted.

My own extracurricular Star Wars reading really went only as far as Shadows of the Empire, a couple of the Young Jedi Knights books for young readers (especially Lightsabers, because lightsabers), and parts one and two of the actually very good trilogy by Timothy Zahn that gave us the likes of Grand Admiral Thrawn and the first new batch of Jedi the galaxy had seen since before the days of A New Hope. 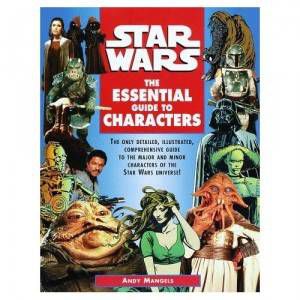 Speaking of the days before A New Hope, the pages of this Essential Guide also drew upon the Dark Horse Comics material (like Tales of the Jedi and Dark Empire) that reached back many thousands of years to the characters living in the golden age of the Jedi, like all around badass Nomi Sunrider. This was the real life golden age when the prequel movie trilogy were little more than a financial twinkle in 20th Century Foxes eye—which means history was about to diverge.

George Orwell taught us lots of useful things, including “he who controls the past controls the future. He who controls the present controls the past.” We all know this passage is an explicit reference to George Lucas, who at once became many a fan’s greatest dream and most unimaginable nightmare with the advent of The Phantom Menace. You probably know how polarizing these movies became, and I think enough has been said both for and against them on any of the trillions of sites devoted to the raw hatred of episodes I, II, and III or the two sites that defend them.

But something amazing and unexpected happened to my beloved guide to the characters: it became wrong. The sketchy descriptions of Darth Vader’s rise to power and fall from grace were no longer sketches left to the force of our imaginations since George Lucas had spelled hem out for us in all caps. The mysterious Clone Wars were a mystery no more. The blank spaces in the history of Star Wars were suddenly filled in with Mace Windu, General Grievous, Jango Fett, et al. Plus Anakin Skywalker was revealed to not only be Luke’s father but also the sort of father (okay, builder, but close enough) of C-3PO, who only bore a family resemblance to his dad once Vader took a dip into lava and emerged part droid. Few fathers would go to such lengths to make their misfit firstborn feel more like one of the group. Pop culture owes him an apology, don’t you think?

So much has changed now. I’m not above believing in multiverses or parallel timelines, but it was a strangely hard to see the history I spent so much time learning and loving get struck down and fade away forever.

A new trilogy is rising on the horizon. Does its beginning mark the end of Mara Jade? The new Jedi temple on Yavin 4? Exar Kun’s twin weapons? Tenel Ka’s fiery hair and warrior spirit? The scores of hands and arms that have been sliced off by various lightsabers, some of which have been used to create evil clones? All the little Solos that gathered around Han and Leia’s table at dinner time?

Not to contradict Master Yoda, but it both does and does not. The books will remain faithfully there to keep those obsolete legacies alive, and that very notion of being irrelevant, replaced has maybe accidentally a new literary genre which I believe I am about to invent: errataca—works of errata, books that are now charming and beautiful not in spite of their wrongness, but because of it.