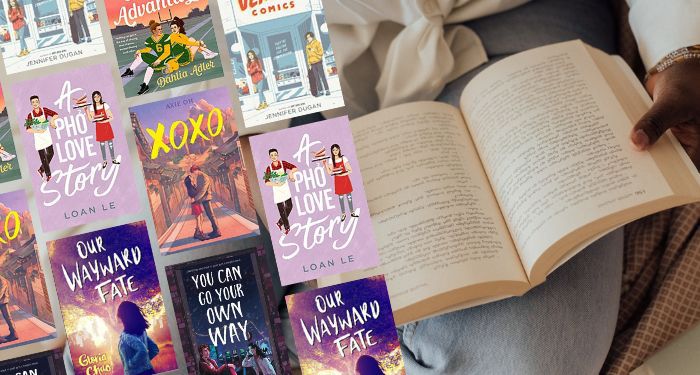 The star-crossed lovers or forbidden romance trope is always a big draw to me as a romance reader — who doesn’t love all that angst of characters who should be together but are kept apart for Some Big Reason? I also enjoy this trope because while enemies-to-lovers is great, the obstacles of forbidden romance or star-crossed lovers goes beyond the personal dynamics between your protagonist and love interest and usually involves bigger reasons why they shouldn’t — or can’t! — be together. This could be due to family feuds, cultural expectations, or circumstances of the world that put your characters at odds. Being together is often forbidden and frowned upon by other people in their lives, and finding a way to be together provides a challenge to the characters.

The biggest inspiration behind this forbidden romance trope is obviously the play Romeo and Juliet, which…spoiler alert, is not a romance. (At least not a romance in terms of how we understand the genre today, which requires a happily ever after or a happily for now ending.) I decided to focus on contemporary YA books with this trope but that have a happy ending for our couples (so popular book Frankly in Love by David Yoon is unfortunately out). These picks deal with everything from family secrets to feuding businesses, from misguided promises to school-wide rivalries. Get ready for all the angsty feelings, secret relationships, and soul-searching journeys! 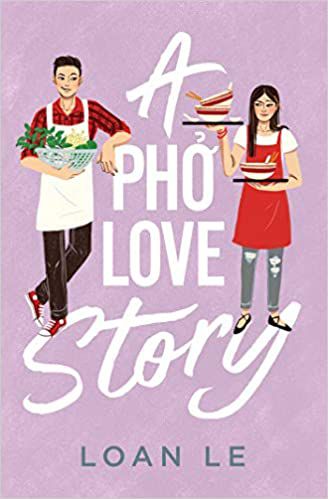 Bao Nguyen and Linh Mai are the kids of two warring Vietnamese families who own competing pho restaurants. Bad and Linh each have their own dreams and their own responsibilities in their families, and while they’ve always been aware of each other’s existence, they’ve never truly interacted. Until a chance meeting brings them together and sparks fly. They know their romance won’t be celebrated, so they decide to dig and get to the bottom of the feud to finally learn once and for all why their families have long been at odds. 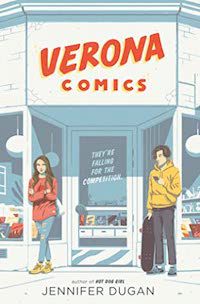 Jubilee is a cellist with clear goals, but she also spends time working at her stepmom’s indie comic shop. Ridley is lost amongst his parents’ heavy expectations, one of which includes helping ensure their comic shop chain succeeds. When the two meet at a convention, they can’t help but fall for each other, even though their parents would be horrified. As Jubilee and Ridley’s relationship deepens, they begin to wonder if their love can handle the weight of their combined external pressures. This non-tragic take on Romeo and Juliet tackles anxiety and mental health in a smart, sensitive way. 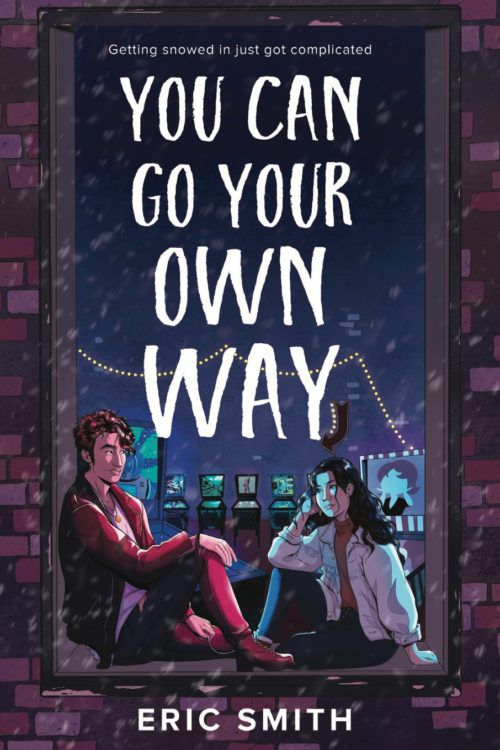 You Can Go Your Own Way by Eric Smith

Adam Stillwater is trying to save his late dad’s beloved pinball arcade in Philadelphia. But with a new tech mogul’s chain of gaming cafes invading the neighborhood, things aren’t looking good. Whitney Mitchell is working for her dad’s company, mostly running social media and making merry war with the account belonging to an old arcade across town. But when Adam and Whitney find themselves caught in a snowstorm and trapped in the arcade overnight, they learn there is more to each other than meets the eye. But can their one night of understanding and their budding relationship withstand the cold light of day. 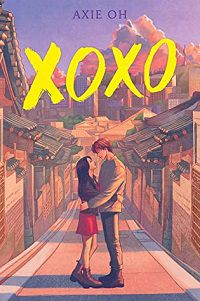 Jenny is an aspiring professional cellist and she normally has no problems focusing on her work. But when she makes the impulsive decision to spend an evening with Jaewoo, a dreamy boy visiting L.A., they have a perfect night before Jaewoo flies back to Korea. Just as well. Except…Jenny and her mom unexpectedly move to Korea to care for her grandmother, and when Jenny shows up school, who does she find? Jaewoo. Only, it turns out he’s one of the biggest K-pop stars and he’s under strict orders from his label not to date. Jenny doesn’t want anything to derail her dreams, or Jaewoo’s. But their feelings for each other aren’t fading anytime soon. 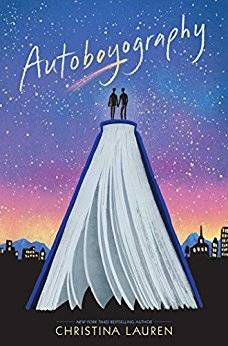 Tanner is a bisexual teen originally from California, but when his family moved to Utah, he’s kept in the closet for high school — it just seemed easier and safer. Now he’s on the cusp of graduation and freedom, but first he has one final semester…and a prestigious Seminar class to take. In this Seminar, students write a book in four months. Tanner isn’t worried about the workload, but he is taken aback by the presence of Sebastian Brother, a recently graduated former student who sold his own Seminar book and is now mentoring the class. It doesn’t take long for Tanner to fall for Sebastian…and Sebastian might even feel the same way. But Sebastian is Mormon, and he’s not sure how to reconcile his religion and family beliefs with his feelings. 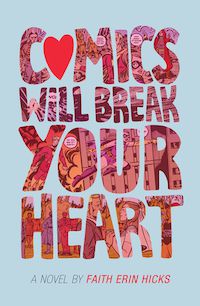 Comics Will Break Your Heart by Faith Erin Hicks

Long before Miriam was born, her grandfather was the creator of the TomorrowMen comics, which have since ballooned into a best-selling franchise. But unfortunately for Miriam’s family, they never saw a cent in revenue because her grandfather was defrauded into signing away his rights to the series. Now, the family struggles to get by and Miriam has no idea how to build a future for herself. When a cute new boy in town shows up, Miriam can’t help but start to fall for him. Except, he’s the son of the family that currently holds the rights to TomorrowMen and tricked her grandfather all those years ago. How can they possibly find happiness together? 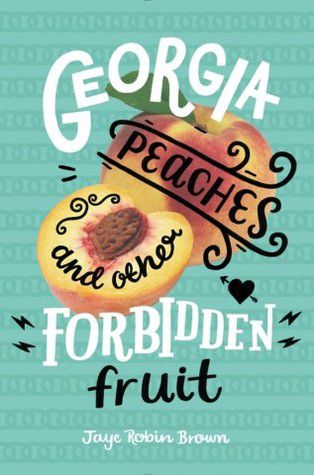 Joanna is the out and proud daughter of a preacher, but when he remarries and they move from Atlanta to a small Georgia town, her dad asks her to please tone down the gay, for the sake of a smooth transition into a new church community and into her new stepmom’s family. Joanna agrees because she loves her dad but she quickly realizes how impossible this situation is when she meets Mary Carlson at school. She’s sweet and kind and funny and perfect…and probably straight too. But that doesn’t matter because everyone thinks Joanna is straight too. Except, the more time Joanna spends with Mary Carlson, the more she struggles to keep her feelings hidden, and the more frustrated she is by her father’s request and new community’s apparent small-mindedness. 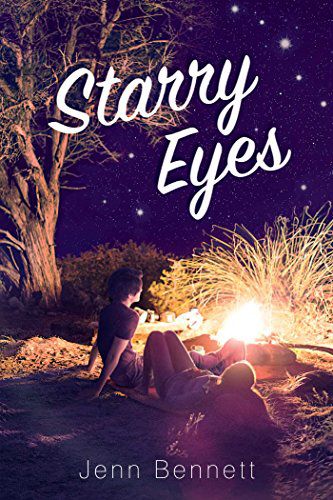 Zorie and Lennon used to be best friends. Then lovers. And now they’re enemies, and their families are in a full-on feud to rival the Montague and Capulets. But when the two go on a group camping adventure that goes south and they find themselves stranded together in the wilderness, they find that their insults and jabs won’t actually keep them alive — they need to work together. And as they rely on each other to make it through, they begin to wonder what things could look like if they survive this mess. 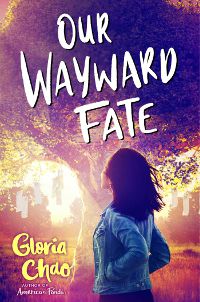 Ali Chu is a Taiwanese American teen living in the middle of nowhere Indiana, where her family is the only Asian family in town. She’s used to ignoring the racism she encounters on a daily basis, until Chase Yu shows up. He’s also Taiwanese and he challenges Ali to not simply accept the mistreatment. They start to fall for each other, and Ali thinks that her mom will be happy that she’s dating literally the only other Taiwanese boy for miles…but she’s not. She forces Ali to end the relationship, sparking Ali’s journey to discovering just why her mother is so opposed to Chase and what other secrets her mother might be hiding. 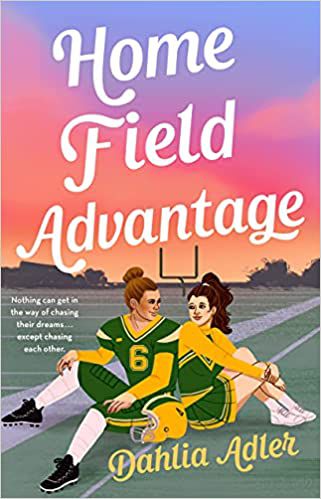 Amber is determined to make cheer squad captain, but she’s got her work cut out for her when the football team’s QB is tragically killed in a car accident. He’s replaced by a newcomer who enrages the entire school by not only being better than their previous QB…but by being a girl. Jack (for for Jaclyn) is everyone’s number one enemy, and Amber realizes that making cheer captain is contingent on helping everyone take Jack down. But Amber and Jack are falling for each other, meaning that at some point Amber must choose what’s most important to her.

Want more great YA romance featuring your favorite tropes? Check out our round up of the best second chance YA romance!