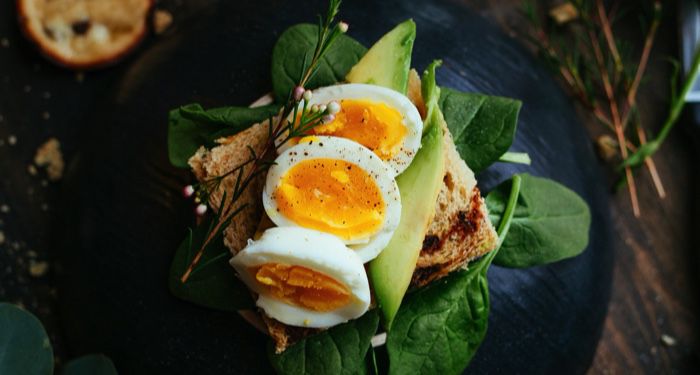 The audiobook edition of The Other Bennet Sister. 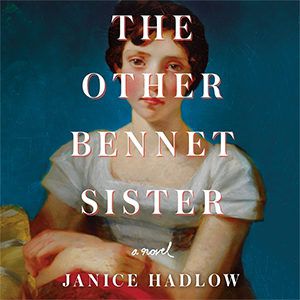 Listen to the audiobook edition of The Other Bennet Sister by Janice Hadlow and read by Carla Mendonça. In this debut novel, Hadlow considers what if Mary Bennet’s life took a different path from that laid out for her in Pride and Prejudice? What if the frustrated intellectual of the Bennet family, the marginalized middle daughter, the plain girl who takes refuge in her books, eventually found the fulfillment enjoyed by her prettier, more confident sisters? Fans of Jane Austen will love this new spin on a classic character. Start listening to The Other Bennet Sister audiobook now! 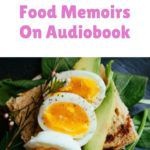 When I’m going through a difficult time, I reach for food memoirs. I cook a lot, and reading about other people’s food adventures inspires me. When I read about a chef’s love for food and how hard they fought for a place in the food industry, I recognize the same passion for food that I have—though, to be sure, they are all way more talented than me (I’ll spare you my stories of overcooked salmon and failed pavlovas). Here are a few of my favorite chef memoirs that I have read in the past few years! 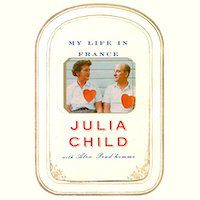 My Life in France by Julia Child with Alex Prud’Homme, Narrated by Kimberly Farr

At first glance, this might seem like an obvious choice, but this book is a classic chef memoir for a reason. Child captures a bygone era in post–World War II France when people were starting to rebuild and took the time to slow down and enjoy food again. As I listened to My Life in France, everything felt so real. I walked with Child down the streets of Paris and watched as she chatted with shopkeepers about their produce. By the time Child leaves France to come back to the U.S., these small businesses are beginning to disappear in Paris, and she mourns their loss, knowing things will never be the same. My heart broke with hers, enshrining My Life in France as my favorite food memoir. How could any other compare? 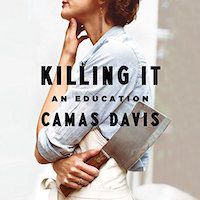 Camas Davis is another chef who learned her craft in France. Davis advocates for responsible butchery and teaches classes on how to respect each animal before and after it’s slaughtered. Her memoir is an education in and of itself as she discusses the importance of understanding where our meat comes from, and why we should raise animals for slaughter with sustainable methods. As Davis tries to learn her craft and career as a butcher, her personal life gets messy, and she finds herself in two separate relationships. Her narration adds another layer of depth as she describes her life and the complicated situation in which she finds herself. I found her story mesmerizing, and flew through this audiobook in a day or two. 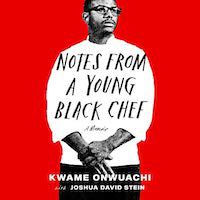 Top Chef star Kwame Onwuachi might be a young chef, but he’s got a lot to say. His memoir follows his life as a young Black man fighting for the career that he’s always wanted. As we listen to him describe his successes and setbacks, Onwuachi gives us a glimpse into his life and how he’s fought for every inch of ground gained. His narration, especially his tone and the emotion in his voice, bring out the best of his text, enhancing the audiobook experience. 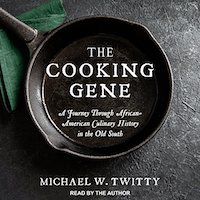 Since I moved to the South 12 years ago, I’ve been fascinated by Southern cuisine. There’s so much food history here, and that’s exactly what Twitty wants to investigate. Twitty starts his journey by taking several genetic tests. He looks at the cuisine of each of his countries of origin and examines how that cuisine might be part of his life today. The book meanders back and forth, from Twitty’s childhood to his present, looking for the family history that makes Twitty who he is in the present. His narration adds the perfect touch to an already great audiobook. 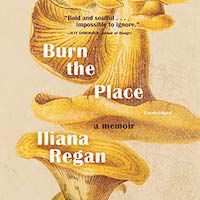 Burn the Place: A Memoir by Iliana Regan, Narrated by Eileen Stevens

When Iliana Ragan was a girl, her father took her out into the woods to hunt mushrooms. This intense love of a simple ingredient gradually drew her to work in the restaurant industry. But she had a lot to learn about being a successful chef along the way. To complicate things, from an early age Regan knew she wasn’t straight but resisted admitting her own sexuality to herself, using the age-old tactic of “maybe if I ignore it, it will go away.” Spoiler: it didn’t go away. Get ready for a long and winding story with this memoir, but it’s well worth the journey.