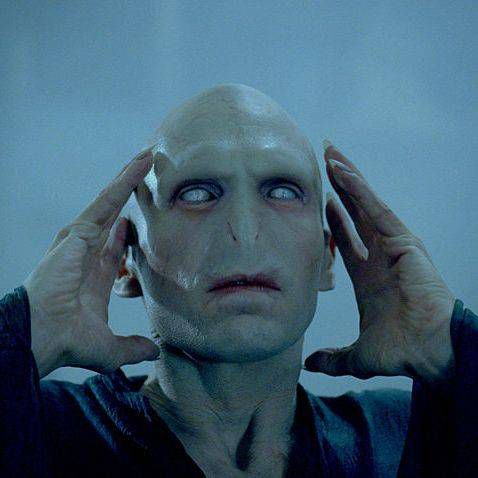 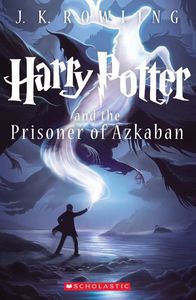 Recently, an article came out in the New York Times in which Lynn Messina, who is a mom, discussed her difficulties with reading Harry Potter and the Sorcerer’s Stone to her five-year-old boy, when she discovered that the book was full of tricky things to present a five-year-old with, and so she began making alterations on the fly as she’s reading it. She calls it pinkwashing, and it seems to be a major part of their reading.

It’s all over the place. From the very get-go, according to the article, she’s willing to read about Lord Voldemort killing James and Lilly Potter, but she changes the next bit to Voldemort wanting to hurt Harry, not kill him, because Harry’s the same age as her son and she reasons this is nightmare fuel. Other changes she makes are smaller, altering words like “shut up” to “shhh!”

Another example Messina mentions is adding consequences to the book. Harry Potter is supposed to stay off his broom, but he sails off to catch the Rememberall. Professor McGonagall, instead of putting him into detention, notes his flying skill and makes him the youngest Seeker in a century. Uncomfortable with the lack of consequences, Lynn Messina inserts a quick line where, yes, he’s the youngest Seeker and all of that, but he also has to write a paper for being disobedient.

I’m not trying to summarize the article, so much as lay out the bits of it I want to unpack and discuss. This is an article that struck a chord with me for a couple of reasons. For one, I have two boys — one who’s six, and one who’s nearly four. For another, I am in the process right now of reading Harry Potter to them.

I’ve been reading a chapter a night, most every night, for three or four months now. I do all the voices I can. My Dobby is second to none. We’ve read our way through Sorcerer’s Stone and Chamber of Secrets, and I am, as of this writing, five chapters into reading them Prisoner of Azkaban. As such, I am in a lot of ways in precisely the same readerly situation Messina is discussing.

Believe it or not, I wanna get it out of the way up front here that I don’t totally disagree with her, and I am completely sympathetic to the problem she’s encountered with the book. It’s all stuff I’ve had to think about. I do disagree with a fair bit, though.

One place I sympathize with her is in changing the language. It’s an interesting little parental moment of decision that arises without your being aware of it, as you’re reading along. I just encountered it recently, because words like “damn” and “hell” have begun creeping into Prisoner of Azkaban, and I bumped into them a few nights ago. I had a split-second moment of indecision. I don’t swear in front of my kids (I make up for it by saying nothing but swear words after they go to bed), and I’ve made sure they understand that they shouldn’t swear either.

On the other hand, I have no interest in trying to suggest to my children that nobody ever swears, ever, or that they won’t encounter curse words in the books. Now this is a pretty minor instance to be worrying about this stuff. It’s not like the Harry Potter books are going to ramp up into Harry Potter and the Half-Blood Prince by Cormac McCarthy or something. So I decided to read ’em as they happen. If the kids ask me about it, I’ll explain that it’s the characters saying it, not me, and maybe I’ll even mutter that maybe the characters shouldn’t say it. (It hasn’t come up, though.)

What of the darkness? What of the lack of consequences? Well, here’s where Messina and I disagree. If you aren’t comfortable reading that stuff to your kid, then you shouldn’t be reading the book yet. It’s as simple as that.

Also, note my wording up there, because it’s very key. If YOU aren’t comfortable. This is so very much a matter of you, the parent’s, comfort or discomfort, more than the kids’. Kids have remarkable filters in place which you can’t entirely comprehend as an adult. So much of the world is big, confusing, frightening, and weird, and kids are amazing at filtering out the stuff that is too dark, or too mature, or too confusing for them, and taking in the stuff that they can grasp.

I’ve had to think about this a lot, because there is a great deal of darkness in the Harry Potter books. J.K. Rowling — who is a remarkable human being and writer and for whom I have nothing but adoration — does not shy away from the darkness inherent in her stories, and neither will I. So I’ve read about Harry’s parents dying, Harry nearly dying, Harry being attacked twice now by Voldemort. I’ve talked about Sirius Black apparently killing thirteen people before being taken away to Azkaban.

Do my kids fully comprehend the magnitude of these bits of the story? I don’t know. To be honest, that’s their concern, and not mine. If that sounds callous, it isn’t. They have minds, and they have to use them to deal with the world, and reading books is a fantastic safe arena for them to encounter these topics. Moreover, while they encounter them in their own thoughts, what’s vital is that I am reading it, I am sitting right there, and I will discuss it.

That is what I wish Messina were doing. Either decide the book is too mature for your child right now (a perfectly fine and sensible decision), or understand that you are making a deal with your child. “I am going to read you a book you’ll love. Some parts you will not understand entirely. Know that I am prepared to read these moments with you and discuss every one of them.” If you aren’t ready to do that, then it is your discomfort that is causing the problem, not the book or the child.

Low-level censoring and altering, like Messina’s doing, seem to me a dangerous activity anyway, because if you don’t stop it at the right point in your child’s development, and you have a sharp child, your kid is going to understand the thing you just altered, and is now going to understand that you are not discussing, you are just covering it up and moving away as fast as you can. That will leave the child trying to puzzle it out alone, rather than feeling like they can just ask you.

I’m not saying that’ll for-sure happen, of course — every kid, and every parent is different, contrary to what acres of parenting bullshit would have you believe — but I think there’s a fair bit of truth in it.

Does Messina alter other stuff, I wonder? Suppose her son watches Phineas & Ferb, a cartoon of tremendous popularity around my house, in which Phineas and Ferb build ludicrously elaborate contraptions to do fun stuff while their sister, Candace, tries to bust them to their mom. To put it another way, two children, left to their own, pursue highly dangerous activities while their older sister tries desperately to get their mother to intervene and stop them. Ultimately, it all cleans itself up; Candace either looks nuts, or gets in trouble. Does Messina turn off the cartoon and make up a ‘consequence’? Well, the answer is “she probably just doesn’t turn the cartoon on in the first place,” and this is the solution to reading a tricky book, too. If you aren’t ready, don’t read it yet.

My personal preference is, do read it, and do discuss it with your kids. You’re having a remarkable dialog which is itself a habit you want to continue for the rest of your lives. And there is a giddy high you’ll get when you go to discuss the book with your kids and they just get it. They get the plot, the people, they’re building theories. I’ve been tweeting with excitement my oldest son’s attempt to puzzle out the Harry Potter plots along the way, because it’s amazing and fun to watch his mind work, logically figuring things out.

(An aside: We read the early chapters of Prisoner of Azkaban. Harry encounters a huge, black, red-eyed dog. Later, he boards the Knight Bus where he learns that a man named Sirius Black has escaped Azkaban. My oldest, Zach, sat up and thought for a minute and said “Sirius is the brightest star in the sky. It’s the Dog Star. Maybe Sirius is that big black dog.” I carefully didn’t confirm or deny anything, but oh was I grinning for the rest of the night.)

Read to your comfort level. Your child’s probably fine. Participate fully in the reading and discussion and it’ll be okay. Be willing to push both you and your child out of that comfort zone and out of the easy maturity level you’re both at. It’s good and useful, and it’s fun.