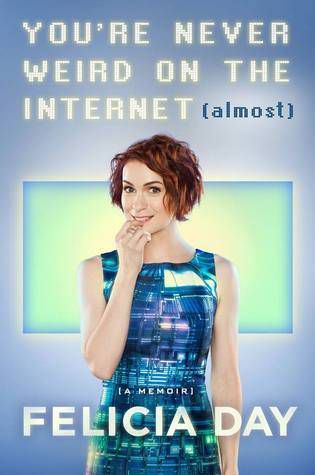 I’m generally a sucker for a good superhero adaptation, regardless of which screen it hits. Perhaps the only thing I’m more of a sucker for is a nice dark and gritty filming style.

So with capes, grit and gratuitous violence, Daredevil should have been right in my sweet spot.

And I was already preconditioned to love a Marvel TV show thanks to my obsession with Agents of S.H.I.E.L.D. and Agent Carter.

It was literally Daredevil’s adoration to lose.

I quickly realized that I do not like Matt Murdock. In fact, Matt is kind of awful. This guy is snarly, reserved, egotistical, and judgmental. It made him hard to relate to, and he felt even more unhinged than Batman. Simultaneously, Matt was simply too boring for me to find any redeemable traits in him, even as Daredevil.

He’s just, ugh, really awful. I’ve never hated a “good guy” so much in my life.

The show’s slow-moving start didn’t help, either. In this golden age of comic adaptations, I just didn’t see any need to keep watching a show I didn’t love. There’s another cape story on just about any screen you turn to. After a couple of episodes, I almost gave up and stopped watching.

What convinced me to keep streaming on?

Foggy is, in a way, Daredevil’s stock sidekick character. He’s chatty and wise-cracking, with a similar moral code as Daredevil, but a little less attractive and non-super—you know, so as to not steal the spotlight from the superhero.

But the Netflix show brought real dimension to Foggy’s character. That, combined with Eldon Henson’s excellent portrayal, made me really love this guy. He’s the guy I would have wanted to hang out with in college, and law school, and work … and anywhere else you want a good friend by your side.

Foggy totally stole the spotlight. And maybe my heart. Because Foggy Nelson is the true hero of Daredevil.

In the most basic and delightful ways, Foggy is Matt’s foil. He’s cheery, talkative, and full of fun banter—even when he’s feeling his worst. While Matt can suck the fun right out of a room by walking into it, Foggy can brighten it. He even often seems immune to Matt’s drudgery—perhaps why they’re able to be such good friends.

This good natured-ness extends to the principles Foggy lives by, too. He consistently treats everybody the same, and puts societal markers like disability, socioeconomic status, and attractiveness aside. Instead, he judges them by how they measure up to his code of ethics.

Beyond this, Foggy has heroic traits. His heroism comes out in ways that are quiet and steady, rather than Daredevil’s big, loud, send-walls-crumbling type of way. It’s a more pragmatic heroism, one that drives him to put in the long hours necessary to force real change.

And he does this, often at personal cost. Foggy is the guy who stays late, keeps going, and fights for the little guy every time, even if he’s already been knocked down for it a few times. If he believes in the cause, he’s willing to do the grunt work most people won’t.

He’s got the intelligence and skills for all that effort to pay off, too. Don’t tell me that watching him school the fancy-pants L&Z lawyers isn’t fun.

And, hey, let’s not forget—Foggy saved an actual life. With his bravery, selflessness, and quick action. Just like a superhero, but without the super. And he was so concerned with his client’s well-being that he didn’t even notice that he’d been impaled through the chest in the process.

Ultimately, Foggy does something Daredevil isn’t capable of, as a character. He reminds us all that we’ve got all we need to be heroes within us. All it takes is a willingness to stand by our principles, share a little empathy for everyone we meet, and crack the occasional joke.