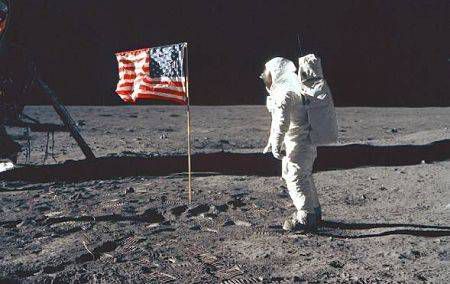 This is a guest post from Christina Oppold. Christina believes the best reading lives are lived off the couch by turning books into experiences. Follow her on Twitter at @christinaoppold.

This summer has seen a renewed interest in the Space Program. There was plenty of sadness as the retired Shuttles were shipped to their new permanent homes in museum, there was joy at the Mars Rover landing, and heartbreak at the loss of two icons, Sally Ride – the first American woman in space; and Neil Armstrong – the first person to set foot on the moon.

While there are many firsts to come – the first person to walk on Mars, rovers sent to farther solar satellites, space colonies – there are several firsts that have been captured in books. With space exploration, many of these firsts come in pairs with America and Russia neck and neck in the race to the stars. If your curiosity has been piqued (pun intended) by the events of the past few months, you might want to check these out to get a better understanding some of the amazing men and women who put their life on the line in the name of explorations. 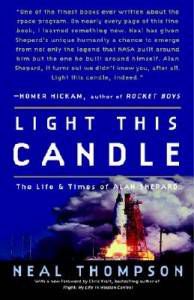 When it comes to firsts, we have a very specific place to start.  Had it not been for a delay at Cape Canaveral, Alan Shepard would have made his 15-minute sub-orbital flight three months before the Russians. As a result of the delay, Shepard’s potential glory was lost to Yuri Gagarin who also orbited the Earth. Shepard finally took flight one month after Gagarin. Almost one-year after Gagarin’s flight, John Glenn became the first American to circumnavigate the globe in space with three orbits. Glenn later became the oldest person to travel to space at the age of 77.  Of the three, Glenn is the only one still alive. Sheppard passed away from leukemia in 1998 while Gagarin died in in a training jet crash eight years after his historic flight.

Read up on these men with:

The Cosmonaut Who Couldn’t Stop Smiling: The Life and Legend of Yuri Gagarin by Andrew Jenks

Light this Candle: The Life and Times of Alan Shepard by Neal Thompson 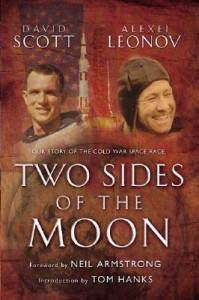 When it came to leaving the spacecraft, the Russians won again. Alexei Leonov was the first man to perform an EVA (Extra Vehicular Activity), three months before Ed White would perform his. White’s mission was, all things considered, uneventful. There was a little communication difficulty resulting in a longer walk than planned. Having had such a good time, when finally forced to re-enter the craft, he said, “It’s the saddest moment of my life.” Leonov, on the other hand, had nothing but trouble, starting with a suit so pressurized he almost was not able to get back into his spacecraft and ended stuck in the trees after his re-entry waiting to be rescued by skiers, as helicopters couldn’t land in the forest. Within the Russian space program, Leonov was considered to be the main contender for the first moon walk. Leonov’s book Two Sides of the Moon is also a first. Co-authored by Leonov and astronaut David Scott, it provides a rare glimpse on both sides of the Iron Curtain during the Space Race.

There is currently no biography of Ed White. 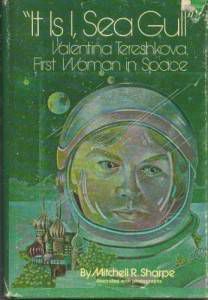 While the previous two firsts were achieved with narrow margins, Valentina Tereshkova claims two firsts, one that beat the Americans by three years, the other by three decades. Tereshkova, was the first civilian in space; prior flights for both the American and Russian programs used military pilots. Her mission was also a flawless launch, and at three days in space, it lasted longer than the combined time of all the American astronauts in space prior to her flight. It would be nineteen years before the Russians would launch another woman into space; however, it would take America two full decades from Tereshkova’s flight before Sally Ride would join the STS-7 team aboard Challenger. Ride, although posthumously, is the first openly gay astronaut.

For more on the groundbreaking women in space:

It is I, Sea Gull: Valentina Tereshkova, First Woman in Space by Mitchell Sharpe 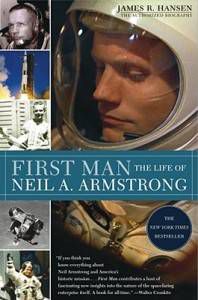 Six years after Tereshkova’s flight, Neil Armstrong became the first person to set foot on the moon – a feat unmatched by any other country. Eleven American men have followed in his footsteps. Armstrong’s Gemini 8 mission with David Scott (the same astronaut to have co-authored a book with Leonov) made him the first NASA astronaut to fly as a civilian after resigning from the Navy.  Of all the astronauts, he is probably the most well-known, after the world held its breath waiting for his famous first words from the moon. He was also a very private man who rarely gave interviews despite his celebrity status.

First Man: The Life of Neil A. Armstrong by James Hansen 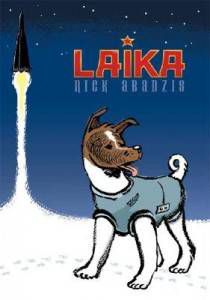 Finally, but also first among firsts, there is Laika the space dog. A month after launching Sputnik, the Russians adapted the Sputnik prototype to be able to carry life. Laika was the first living creature to have been sent into orbit. Sadly, nothing about her life was pleasant. It was believed for a long time that Laika, a former stray, was eventually euthanized by her food while in orbit as the Russians had no means of recovering her. In reality, a malfunction overheated her capsule, and she died a painful death during her forth orbit.