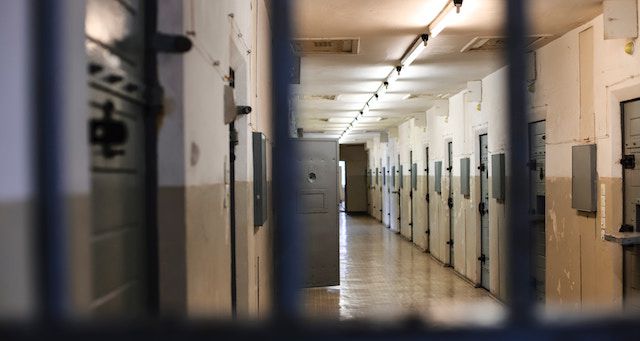 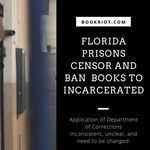 As we’ve seen over the last few months, book censorship in prisons is on the rise. Washington banned donations quietly. New Hampshire and Ohio prisons did the same.

Enter Florida, adding itself to the list of states removing books and literature from the hands of those who are incarcerated.

The Florida Department of Corrections (FDOC) has a list of 20,000 books that aren’t allowed in detention centers throughout the state, thanks in part to a 1987 court ruling that the department uses to restrict the First Amendment rights of the incarcerated. According to the Tallahassee Democrat, the interpretation of the ruling means that a publication can be banned if it serves “legitimate penological interest.”

In other words, if a publication would in any way impact the safety and security of of the prison, it can be banned.

The Tallahassee Democrat shared a gallery of some of the most innocuous titles not allowed to enter the prison. Titles on the list included Automotive Electrical Handbook; Excel 2016 for Dummies; How To Leave Prison Early: Florida Clemency, Parol, and Work Release; a Dungeons and Dragons playbook; coloring books; and many, many more titles.

The Human Rights Defense Center (HRDC) obtained a list of books restricted prior to 2011, which can be accessed here, and they also have a list of restricted titles from 2012 to the present.

Thanks to a decision by the US Supreme Court in January, getting those bans overturned may prove challenging. Prison Legal News took their case against the Florida courts, wherein their legal magazine was banned from prisons, but the court turned it down. They challenged the legality of why a publication could land on the FDOC’s banned materials list but the ruling from lower courts remains.

Prison Legal News and the HRDC have not struggled to overturn such decisions in other states in the same way that they have in Florida.

The FDOC’s literature review committee meets bimonthly to screen incoming materials. There is no information on who serves on the committee nor is there an outline for how materials are deemed appropriate or not. Likewise, a blanket ban isn’t permissible, meaning that each edition of a magazine or book must be screened and makes clear why so many inconsistencies exist on the above-linked lists.

There are thirteen categories and eleven subcategories on Florida’s Admissible Reading Materials Rule, which lends itself to further improper interpretation and discrimination about what is or is not deemed “appropriate.”

Inconsistency, human interpretation, personal preferences on behalf of the committee — or, perhaps, something else — are why books like Aryan Nation Catalog makes the cut of books okay for the incarcerated, while coloring books and books like Memoir of a Jailhouse Lawyer do not.

Disallowing books from the hands of those who are experiencing incarceration infringes not only on their First Amendment rights, but it also continues to oppress those who are already experiencing marginalization. Legal aid books, as well as personal development books, like those banned in Florida, further ensure that populations like these are left on the outside, unable to educate themselves about their condition and work toward not only bettering themselves, but also toward justice.

What you can do

Those who’ve spoken up and out about book bans in prisons have seen their voices heard, so the best course of action is to begin (or continue) pushing back against Florida’s decisions. Here’s what to do.