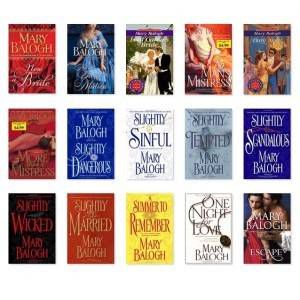 I was 17, stopping by the drugstore on my way home from school. It had a blue cover; the fluorescent lights of the checkout aisle drew a harsh white line down the chest of the hero smouldering on the front.

I’d always been curious about what it would be like to read one. I imagined telling my friends about it afterwards and giggling.

I’d expected a good time, something worth repeating. Instead, it made me feel awkward, embarrassed, disappointed. What was I doing wrong? Weren’t these supposed to be fun to read?

I tried a few more times over the years. A book that caught my eye at an airport newsstand, a creased novel abandoned at the YMCA, a couple of Kindle freebies, the memorably traumatizing Spank Me, Mr. Darcy. Bad, bad, and worse.

Anything I tried that was written well enough to feel like an actual novel invariably failed me in some other way: boring heroines I couldn’t identify with, overbearing heroes that I only found irritating, excessively rape-like sex scenes that upset rather than titillated me. (Dear fictional men: no means no.)

I was starting to think I’d have to give up on the genre as a whole (or at least resign myself to having to settling for less). But then I decided to try again…and I discovered Mary Balogh.

It was love at first chapter. Mary Balogh’s books were sweet, sensuous word candy and I couldn’t get enough.

After my first – The Escape – I devoured 30 more. Yes, thirty. In less than two months. A male character and a female character are introduced to the reader. They meet each other. Sometimes there is an attraction, sometimes there is not. Both characters face individual challenges that must be resolved, usually resulting in personal growth. At some point, they will have vividly described consensual sex, fall in love, and get married (not necessarily in that order).

Oh, and they’re all set in Regency England: which means much of the carnal fun is deliciously forbidden behavior. Mary Balogh’s heroes and heroines feel like actual characters, not just props for sex scenes. When the sexy parts do happen, they’re that much more fun because you actually know the characters and you’re rooting for them to get it on. Either that, or you get a super hot sex scene right away and then you have a whole novel to get to know the characters and root for them to get it on again.

The heroines are complex and strong; they’re women with opinions who make their own decisions. They vary in personality and physical type, as do the heroes. The writing is smart, the banter is witty, and the romance is steamy.

While the initial ardor of my infatuation has cooled enough to let me read other books again, I think my love of romance is now here to stay. Thank you, Mary Balogh, for a glorious two months.

What romance should I read next, now that I’ve been awakened? Any other Mary Balogh fans out there?

Image via and via.