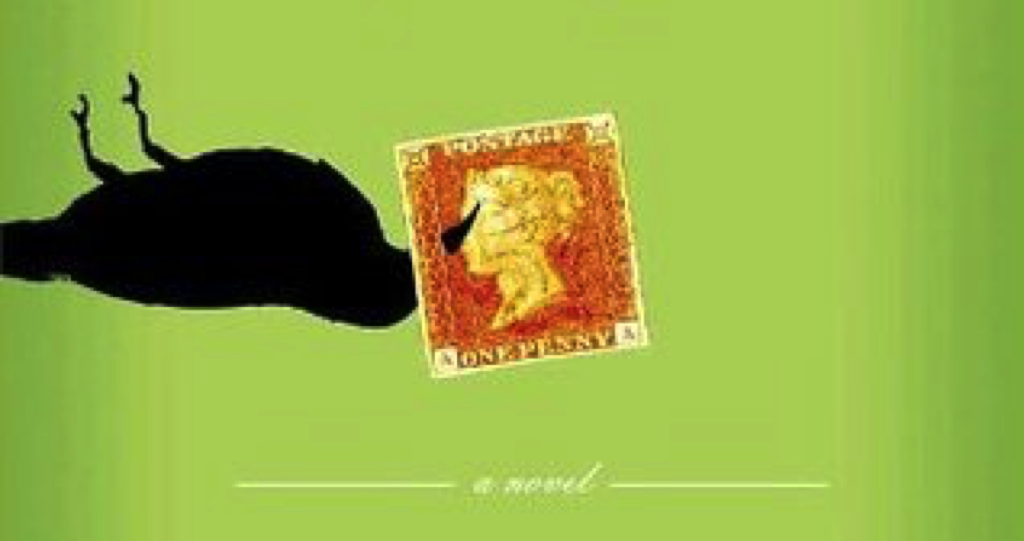 Have you found yourself wondering lately, “Why aren’t there more books about kid chemists who make poison?” Say no more, fam. I’ve got you. Allow me to introduce you to one of my favorite characters of all time: Flavia Sabina de Luce. She is the eleven-year-old protagonist and narrator of Alan Bradley’s Flavia de Luce series, a fantastic set of cozy mysteries that you should add to your TBR post haste.

Flavia lives with her father and two sisters at Buckshaw, a dilapidated estate just outside the village of Bishop’s Lacey that’s fallen into disrepair since the death of Flavia’s mother ten years prior. Flavia is whip-smart and inquisitive, with a passion for chemistry and scientific experiments, hobbies that come in quite handy in her dabbling as an amateur sleuth. In each book, she happens upon a body brought to its end by foul play. Much to the chagrin of local law enforcement, she sets out to solve each case come hell or high water. Oh and she makes poisons. So. Much. Fun.

How to Read this Series

Now that you’ve got some of the basics, let’s talk about how to approach this series. There are nine books in publication, a tenth forthcoming, plus a short story for you to dive into. Start with The Sweetness at the Bottom of the Pie, the first of Flavia’s adventures, involving a very rare stamp and a dead body in a cucumber patch. Make sure to work your way down in the order  below to avoid confusion and plot spoilers!

Who Should Read this Series

If you’re wondering who the target audience for the Flavia de Luce series is, it’s great for anyone! Flavia is in many ways an average eleven-year-old: she feels angst over being treated like a child but also fears adulthood, she gets teased by her sisters, etc. Her relatability and the super clean plots (low violence, zero sex) are a great fit for young readers. Example: in a scene where Flavia has to defend herself, she remembers her sister once telling her to kick a man in the Casanovas. Problem is she doesn’t know what Casanovas are (LOL), so she has to move on to Plan B. This is classic Flavia: super funny and charmingly innocent.

By no means are these books only for kids, though—Flavia and her sassy intellect are an absolute riot, a delight for readers of any age. The crimes she sets out to solve will keep you guessing while you’re thinking about how much you wish you could be Flavia’s BFF.

Alan Bradley has managed a formidable feat with Flavia: he’s created a character who, though young and precocious and endlessly mischievous, is somehow not annoying. She’s tough as nails but thoughtful and tender in unexpected moments, too smart for her own good but enviably so in her brilliance. Here are some of my favorite things about our spunky young heroine. Don’t mind me while I gush.

She’s a chemist, for crying out loud. Flavia has claimed an entire wing of Buckshaw for herself, gladly braving its lack of heat to call the chemistry lab therein her own. Flavia has consumed every last word of the books and journals left behind by the uncle the lab once belonged to. She can rattle off the chemical composition of everything from baking soda to cyanide; she uses her Bunsen burner to toast her bread and steam her eggs; she has a passion for poisons because why the heck not? To get back at her sister Feely for teasing her, she adds a non-lethal poison of her own concoction to Feely’s lipstick. Savage.

She rides around on a bike named Gladys. I smile a little bit every time Flavia mounts her trusty steed, which she does more often than not on one of her clandestine fact-finding missions. She speaks of Gladys as though she were a person, complementing the way her metal gleams in a certain light and taking care to give her a bath when sullied. I recently bought a pair of socks at one of my local indies that pictures a young girl on a bike with the word “Hellraiser” hovering over her head. I bought these with quickness and call them my Flavia socks. Seriously—read up and then see how perfect these are. 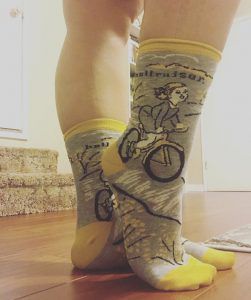 Her inner dialogue is everything. This kid gives me so much joy. She’s a little bit of a jerk sometimes but I can’t get enough of it. Her offhand one-liners just kill me every time! A few of my favorite Flaviaisms:

“I am often thought of as being remarkably bright, and yet my brains, more often than not, are busily devising new and interesting ways of bringing my enemies to sudden, gagging, writhing, agonizing death.” Totally normal thought!

“If there is a thing I truly despise, it is being addressed as ‘dearie.’ When I write my magnum opus, A Treatise Upon All Poison, and come to “Cyanide,” I am going to put under “Uses” the phrase “Particularly efficacious in the cure of those who call one ‘Dearie.’” I mean, the girl has a point.

“As I stood outside in Cow Lane, it occurred to me that Heaven must be a place where the library is open twenty-four hours a day, seven days a week. No…eight days a week.” Same, Flavs. Same.

“Suck my galoshes.” I will be incorporating this into my lexicon from now on, thankyouverymuch.

So there you have it. Now you know what to do: get your hands on the Flavia de Luce series. You’ll thank me later.