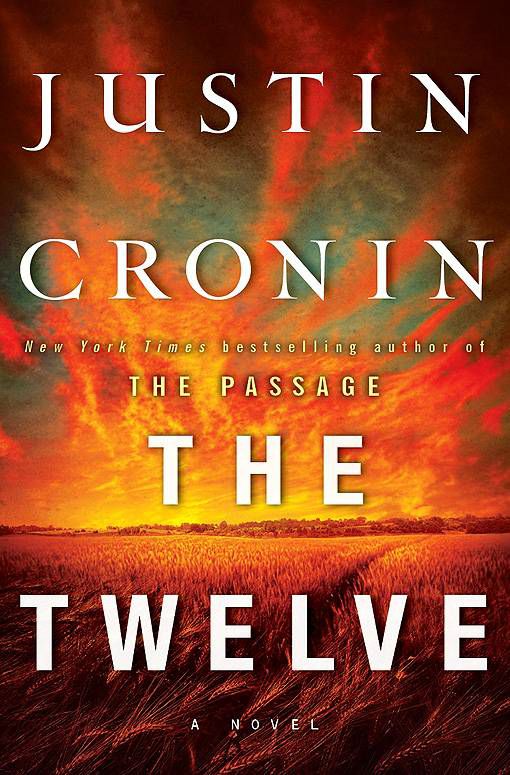 …/Horror/Thriller/Speculative Fiction. As I perused the fall catalogs, I started to notice that these genres have the potential to overlap. The one thing that links them is that these stories take place in a world that only bears a passing resemblance to our own. I am normally a casual reader of books of these genres, but I find myself drawn to them much more frequently these days. There are just so many interesting concepts out there right now. Here are just a few of the titles that I am looking forward to for the fall. 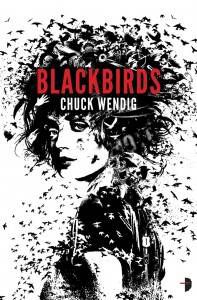 Blackbirds and Mockingbird  by Chuck Wendig

I am familiar with Chuck Wendig from his blog Terrible Minds, where he dispenses his utterly sincere but completely irreverent writing advice, and I am a huge fan. It was name recognition that made me click the link I found on SF Signal’s Books Received page.  Blackbirds tells the story of Miriam Black, a woman who can tell you when and how you will die. She has come to accept these visions, realizing that she cannot save everyone. She meets a man, though, whose fate is tied to her own. If she wants to live, she will have to save him, too. Mockingbird is the second book in the series. Wendig has already impressed me with his creativity. If any of the magic that is present on his blog has worked its way into these pages, then they will both be worth the read. 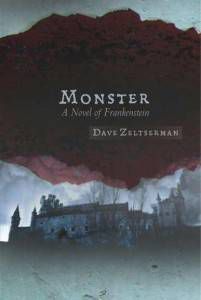 I realize that the story of Frankenstein has been retold hundreds of times, but I have never been interested in any of them. There is something about this book, however, that makes me think it might just be the one that I have been waiting for (yes, waiting – I love Mary Shelley’s novel). Zeltserman sets the story in 19th century Germany. His protagonist suffers the heartbreak of a murdered fiancé, the scandal of being accused of her murder, and the indignity of awakening on Frankenstein’s lab table, “transformed into an abomination.” He wants revenge, and he sets out to find Victor Frankenstein. The Marquis de Sade makes an appearance, and the story takes a twist that Shelley would never have imagined. Comparisons to Stephen King and Justin Cronin only make me want to read it more. 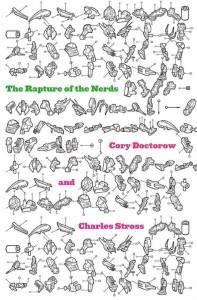 The Rapture of the Nerds by Cory Doctorow and Charles Stross

I am going to be honest. I do not entirely follow the book’s catalog description.  There are a couple of things that stand out to me, though. First, some humans have “evolved” and make their home in the “swarming densethinker clades” found in the inner solar system.  These enlightened beings usually ignore Earth, but they do occasionally “spam” it with ideas for new technologies and “get-evolved-quick schemes.” Young Huw is just one of the lowly humans that serves on the Tech Jury Service and decides which of these innovations should be released to the general public. He also, apparently, has some interesting experiences on bathroom floors.  The premise is a very interesting one, and I hold out hope that the novel is an easier read than its description. 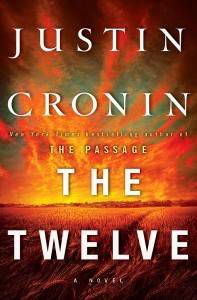 The Twelve by Justin Cronin

When I first saw The Passage, I was intimidated by the length. When I saw that it included vampires (or, in this case, “virals”), I was a bit skeptical.  After attending an event where Cronin discussed the book, however, I decided that it was worth a shot. I have not regretted reading even one of those 700+ pages.  It is an amazing story. The Twelve is the second book in the trilogy, and it returns to Year Zero, telling the story of the outbreak from a different perspective. There are not a lot of details available about what to expect in this book, but Amy and the group of survivors that have become her friends will, no doubt, continue their quest to find the Twelve and destroy their hives.  I do hope that we get a look at the world outside the United States. I would love to know just how far the virals have spread. 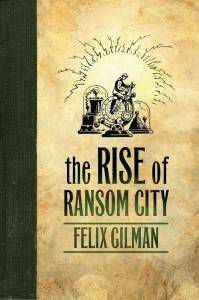 The Rise of Ransom City by Felix Gilman

Gilman’s novel seems to me like something out of the Old-West. It is about a world “on the cusp of forging an identity.” Two groups, the Line and the Gun, are at war. One is based in Industry, the other in Chaos. People are being enslaved, and life looks pretty bleak. Liv Alverhuysen holds the key to bringing peace, but he is lost on the edge of the world. Harry Ransom is making quite an impact on that edge. He invented something that actually works, putting money in his pockets and bringing hope to the people.   Their paths cross and the potential for what they can accomplish is staggering. This is the follow-up to Gilman’s highly successful novel The Half-Made World, which impressed even Ursula K. Le Guin, who praised the “vivid and accurate prose” and “terrifically inventive setting.” That is all the endorsement that I need.