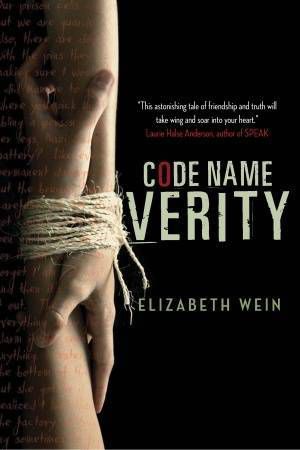 You don’t need five reasons to read Code Name Verity by Elizabeth Wein or The Night Watch by Sarah Waters. You only need one: they’re awesome. But, in case you are more discerning readers who need just a smidge more convincing, I have five reasons why you should read these brilliant novels. 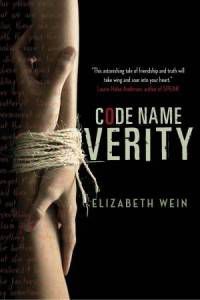 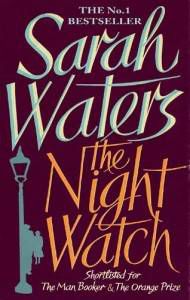 1) They take a tired time period and remind us why we love to read about it. I haven’t actually counted, but I think there are roughly 300 books published every month about World War II. (That seems like a legitimate statistic, right?) It seems like every angle has been explored, and that might be true, but I think what’s at the core of our fascination with WWII is that normal, everyday people were living through an extraordinary time. That’s what stories are made of.

2) They feature kick-ass women doing kick-ass things, including being friends with each other. Kay from The Night Watch is an ambulance driver. Maddie from Code Name Verity is a pilot and her friend Queenie is a translator and a spy. I think, though, what is important is that these women aren’t necessarily extraordinary. They do extraordinary things, but they are not perfect or intentionally heroic. Their situations make them heroic. Beyond that, the relationships between women are what make Code Name Verity and The Night Watch so amazing, whether it is Queenie and Maddie’s friendship in CNV or the doomed relationship between Kay and Helen in The Night Watch.

3) They’re impeccably researched. At the end of Code Name Verity, Elizabeth Wein discusses the extensive research and real female pilots that were part of the resistance. At the end of the audio of The Night Watch, an interview with Sarah Waters reveals why she is fascinated with the time period and why she chose to portray this particular story.

4) The narrative structure. Both Code Name Verity and The Night Watch have unique narrative structures that set up a story and slowly unravel it, though they do it two very different ways. It’s difficult to explain too much about Code Name Verity without giving away its secrets, but it is a story told in two sets of journals/letters. Who is telling that story and why they are telling it are integral to the plot. The Night Watch begins in 1944, but it ends in 1941, with the story being told in reverse. You know exactly how it turns out, but you don’t know how the characters get there and that is where the story is.

5) You’ll feel so many things. Both of these novels are terribly sad. I know that might not be a good thing to some readers, but the only way something can have that kind of emotional reaction is if it feels real. As readers, we can only feel the loss of something because we believed in it and we treasured it, whether it is a character or a relationship or something we hoped for the characters.