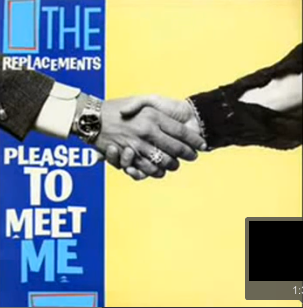 Short story songs are like short stories. They have plot, characters, rising action, climaxes, falling action, lessons about life and love — all the good stuff you look for in a short story, but set to music. Short story songs are where music and literature meet, and it is glorious. I set out today to include five of the best short story songs, ones that are, at least in my opinion, iconic, genre-defining. I could have made a list of fifteen or twenty songs, and only half of them would have been by Kenny Rogers. For real, the dude made his career on short story songs. I kept the list short, because I didn’t want you to cramp up with all the scrolling. All I do is care.

The Coward of the County, Kenny Rogers
[youtube]https://www.youtube.com/watch?v=NEJniCCuqR4[/youtube] Tommy aka “Yellow” was raised by an uncle at an early age. His daddy died in prison when Tommy was just ten leaving behind these parting words, “you don’t have to fight to be a man.” It was this advice to from his dying daddy that taught Tommy how to turn the other cheek, and despite his reputation as the coward of the county, Tommy found love with Becky. However, their happiness was short-lived. One day Becky was gang-raped by the Gatlin boys prompting Tommy to grab a gun and set out for some vigilante-style justice. Now the song is unclear as to whether Tommy used his fists or the gun to get them Gatlin boys, but we do know they all fell and Tommy asked his father for forgiveness because sometimes you have to fight to be a man. While this song probably wouldn’t stand up to a good workshopping, it still follows your basic plot structure.


[youtube]https://www.youtube.com/watch?v=gs2kFrGluKs[/youtube] This song is the kind of nostalgic, not heavily-plotted kind of short story that only John Updike seemed to get away with. And while often Updike could be kind of a snooze, this song is anything but. Here we have a man reminiscing about his sister who used to go dancing at the Palais and in the process she’d make her mom wait up past midnight and make the boys wait for the goods. Now, however the Palais is gone and the sister doesn’t go dancing anymore. Instead, she stays home and waits for her own daughters who go out dancing and get away with way more than she ever did. Such a sweet, sweet story/song.

Note: I live in Minnesota. I am morally obligated to include the two songs.

Christmas Card from a Hooker in Minneapolis, Tom Waits

Unusual Suspects Newsletter
Sign up to Unusual Suspects to receive news and recommendations for mystery/thriller readers.
Thank you for signing up! Keep an eye on your inbox.
By signing up you agree to our terms of use
[youtube]https://www.youtube.com/watch?v=mxVo5mjK4eg[/youtube] This short story song has one of those switcheroo endings that would make O. Henry proud. What we have is an epistolary tale, a hooker writing to Charlie telling him how she’s pregnant and living above a bookstore (bonus points for bookstores, right?). She’s got a husband and things are going well. The hooker spends a little time reminiscing about the bad old days and as the story unwinds, we find out that she doesn’t have a husband at all and she’s really hitting ol’ Charlie up for money to pay a lawyer because she’s in prison.

Skyway, The Replacements
[youtube]https://www.youtube.com/watch?v=lliXx5a6Sd0[/youtube] This is another O.Henry surprise ending switcheroo. It’s a cold, hard Minnesota winter like we used to have ’em back in the 80s before the globe got warm (as I write this from my couch in Minnesota it is 54 degrees in December). Here we have a lovelorn boy who sits up at night dreaming about the girl from the Skyway, which don’t move at all like a subway. In his stupid hat & gloves he sits outside waiting for a ride and pining for the girl in the Skyway. But then one day, he gets the courage to go after her. And what does he see from the Skyway? The girl is out on the street. Oh snap!


[youtube]https://www.youtube.com/watch?v=zQ41hqlV0Kk[/youtube] Patty & Billy are two crazy in love teens who have had enough with parents keeping them down. This dynamic duo runaway together to take their one shot at life while they’re still not afraid, because life is brief and time is a thief, etc. It’s all Carpe Diem and stuff. So they take off and get an apartment and party it up. Billy get’s his ear pierced & drives a pick up like, much to my chagrin, a lunatic. Until I started writing that sentence I thought he drove it like a New York tank, which always kind of intrigued me. Things seem to be going swell for the young turks, but then we learn that Patty gets knocked up and gives birth to a ten-pound kid. I’m not sure what the moral of this story is. I guess it depends on how you feel about unplanned teen pregnancies. Poor, stupid, in love kids.