Danika’s post that asked how well we would do on the bookseller’s quiz show got me thinking about some of the best questions I was asked when I worked as a reference librarian. Anyone who knows anything about libraries knows that all patron interactions are private and that librarians never, ever share information about those who ask questions or seek advice. Anonymity is of the utmost importance.

That said, I’ve been out of libraries now for a while and feel confident enough that all of these questions are generic and rendered anonymously enough as to not be pinpointed to any individual. I thought it would be fun to compile a handful of the best, most unique, and most head-scratching questions I was asked as a reference librarian.

If you’ve ever thought a librarian’s job was easy — and if you have, you’ve already got to know how wrong you are — perhaps these questions will highlight some of the challenges faced every day. And these are the “easy” challenges.

1. A patron came up to the desk who I’d helped multiple times before. This patron liked talking with me because she knew she could tell me really personal things and I’d seek out the right book or answer to solve her problem. One afternoon, she came in and sat down at the chair in front of the reference desk, looking exhausted.

“Can you help me find a book that will put me to sleep? I’ve been having problems with insomnia, and I think a book might help with that.”

I immediately thought about self-help books that might provide answers for sleep challenges, but before I even got the chance to do any research on that topic, she piped up again.

“I think I want a big, boring book about philosophy. Something with long words and hard-to-grasp concepts because that will surely do the trick.”

I didn’t even bother looking anything up. I took her over to our philosophy section, and she walked away — quite happily — with a few of the biggest, dustiest, most boring looking philosophic tomes on the shelf.

2. After living in her house for about a year, a woman came up to the reference desk to tell me she was convinced it was haunted by the spirit of a person who’d died in it years ago. It was an old house, and she was sure that the person needed some kind of “closure” for her life and was asking her, as the current owner, to help her find it.

At first, I thought this was a question about how to communicate with the spirits or how to cleanse one’s home of spiritual beings. A little wacky, but that’s sort of the name of the game sometimes in librarianship. We do have books and ways to research that for those who seek it.

But it turns out that wasn’t what she wanted.

She felt comfortable doing that on her own or finding those resources. What she wanted was to know who the former occupants of the home were, perhaps those from the late 1800s or early 1900s.

Fortunately, our library had a massive collection of old local directories, and we were able to track down a little bit of information about the former residents. What was less fortunate, though, is that we couldn’t track down the information about what happened to those residents. The patron wanted to know if any of them had died in the house. As much as I could find out about who had lived there, figuring out where those people may have died was a little outside my research capabilities.

She left pleased, though, that she could at least walk away with names of former homeowners. I have no idea if she ended up communicating with them or not.

3. I can’t recount the number of interactions I had with patrons who were under the influence of drugs or alcohol, but it wasn’t an insignificant number. One of the patrons I enjoyed talking with, though, was a known alcoholic. That particular patron was well-liked, though everyone was aware of this problem and worried about the patron’s safety when they left the building.

This patron loved movies. LOVED them. They’d ask for recent releases and I’d be able to build them a big old wait list while they were checking out the ones that had come in for them.

One afternoon — and I’m not sure whether this patron was or was not drunk because their demeanor was often quite similar in either state — I was asked if we had a copy of Abraham Lincoln: Vampire Killer on DVD yet.

While I was looking it up, the patron looked at me, completely serious, and asked if it was based on a true story because those were the best movies.

4. This is a bit of a cheat, but it’s a request I got so frequently that it sticks with me and remains a reminder about how we look at and talk to younger readers.

About once a season, a parent wanders up to the reference desk and asks for help finding his or her teen daughter or son a book to read because s/he “is not a reader.” Like all librarians who do reader’s advisory — the fancy term for recommending books — this leads to a series of questions: what does the teen like to do? What sorts of books have they enjoyed in the past? What are their hobbies? Do they have a favorite television show?

The parent inevitably becomes a little tangled here. His/her daughter/son doesn’t like to read. But s/he needs a book for [fill in reason].

More times than I could count, the teen is there with the parent who is asking, but they’re not speaking up. Parents like to be involved, of course, but their assessment of the interest of their son/daughter in reading comes from what they’ve seen at home or what they’ve perceived to be the case based on the books that their teens have read in class or had to do extensive writing or analysis on in school.

It took me a while to figure out a solution to this “problem,” and it emerged when I became much savvier to working with teens. I’d take the parent and the teen into the teen section of the library, and begin asking questions while offering up some sort of book list or book talk, directly it to the teenager and only the teenager. “Do you like books with dragons? Books that are set in space? What about a book that everyone in school has been talking about? A book that was made from a movie?”

Parents at this point either jump in to offer an opinion, but more often than not, they’ve wandered away or have begun looking for the book titles they’re familiar with to offer to their teen.

And it’s here — in this magic moment where the parent has wandered away — I ask the teen to tell me the things they really HATE reading about. What are the things they can’t stand? What makes them angry when they read a book?

Like magic, they open up. They’re happy to explain that they don’t like “big books” or that they can’t stand books like The Hunger Games. They then begin to open up other things to me: they love video games. They love books where a boy has an adventure. They loved the time they watched that one movie because it was scary or really funny.

When mom or dad wanders back, their son or daughter has not one, but often two or three or four books piled into their arms. Their “non-reader” wasn’t so much a non-reader, but rather, their “non-reader” wasn’t being given the freedom to explore the things they love — in part because mom and/or dad kept speaking up for them and in part because the breadth of literature out there is simply too big, too wide, and too varied for them to possibly know there’s a perfect book or two or ten that will scratch all of their itches.

There are true non-readers. But in all my experience, it took talking to the teens one-on-one and listening to them, their passions that were positively and negatively directed, and building a rapport as a “book expert” for them to find that perfect title.

5. Of course, I had every single variation of “what is the title of that book with the red cover?” or “what’s the latest James Patterson title and when can I get it?”

But my favorite questions — and I say this with ZERO sarcasm — were the ones where the patron had some of the information, but not all of it.

My greatest victory, and I’ll never forget it, was a patron who wanted the latest Danielle Steel book. She’d seen it at the local grocery store, wrote down the title, but forgot what it was. She described the book cover, too: it was blue and she knew the author’s name was pretty big on it.

I dove into the library’s catalog and found these two recent Danielle Steel books. I showed her the covers (neither of which, you’ll note, are blue): 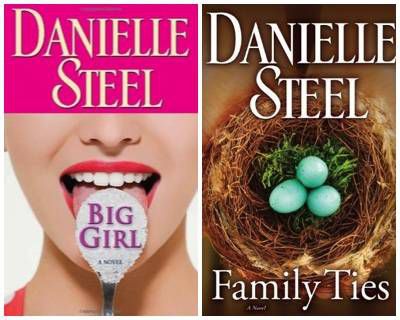 She assured me it was a new Danielle Steel book and it was at the local grocery store and the cover was blue. She was very nice about it, telling me she could “just go buy it” since “we clearly didn’t have it.”

I almost called the grocery store when a lightbulb went off in my head. 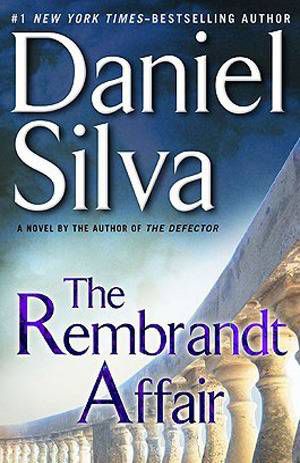 I turned the computer screen around to the patron, after realizing that Daniel Silva’s name and the look of his books as strangely similar to Danielle Steel’s.

“Is this what you were seeing?”

The patron got very, very excited and said that was the book and told me I was a wizard. She really didn’t want to have to go buy the new Danielle Steel book, especially because we had it right here. I just hadn’t put the information in quite right in the catalog search the first time.

She laughed and then she told me she couldn’t believe I was able to find the book she had picked up at the grocery store, forgotten the title of, had the wrong name of, and only had a passing idea of what the cover looked like. This was, indeed, the book she wanted, and she walked out of the library tremendously happy.