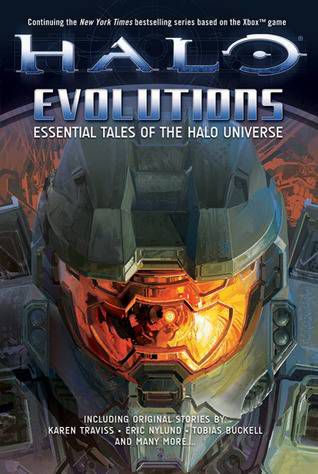 Video game novels. You’ve seen them, likely by accident, shelved with all your favorite fantasy and science fiction books. You battle with frustration every time you spot a Resident Evil book sitting next to a quality zombie title, like World War Z or Warm Bodies, in your favorite used bookshop. You fill with rage when you’re looking for proper, canonized Star Wars novels and come up with Starcraft books instead.

I mean, who buys these books?

Confession time. I do.

I’m sorry, Internet. I just can’t help myself. As someone who loves video games and books, the promise of more story and character development is too hard to resist. What? What do you mean there’s no narrative or character growth in video games? Fine, I’ll hand it to you that Fruit Ninja and Centipede don’t exactly deliver sweeping, epic sagas. But things have changed. These days, major studios are paying just as much attention to story as they are to graphics and gameplay. And sometimes that story is too big to tell in a couple of games.

While a lot of video game publishers seem to be trying to capitalize off the fact that gamers will buy these books (and we do!), many are actually producing some seriously entertaining, surprisingly well written reads. From stories involving castles and dragons to futuristic space operas with aliens and robots, the literary world of video games is full of fun, thrilling books. Sometimes these books are virtual, in-game pieces. And sometimes you can hold them in your hand. 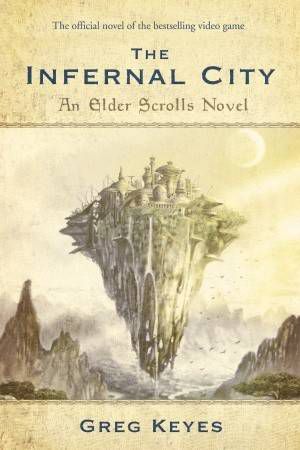 The Elder Scrolls: There are two excellent books set in the fantasy realm of The Elder Scrolls, both written by sci-fi / fantasy author Greg Keyes; The Infernal City and Lord of Souls. But those two books aren’t the sole reason The Elder Scrolls is a great game for book people. The actual game is.

Through out the later titles in the Elder Scrolls series, like Morrowind, Oblivion, and Skyrim, gamers have to read books in order to advance their skills. That’s right. You have to read books. And through the game’s world, you can buy and sell books, which in turn give you new abilities and wealth. When inside someone’s house, you can look at the books on their bookshelves. Maybe you’ll judge them based on their selection. OMG. It’s like real life!

The writers of the Elder Scrolls series also go to great lengths to spin epic tales in their realm, and you can actually read pieces of these virtual books. Sometimes you’ll get a few pages in one, others over a dozen. There’s a website dedicated to these virtual tomes; The Imperial Library. Take your time and browse through the books they’ve painstakingly placed online, or download the entire library of Skyrim on Capane.us for your eReader. 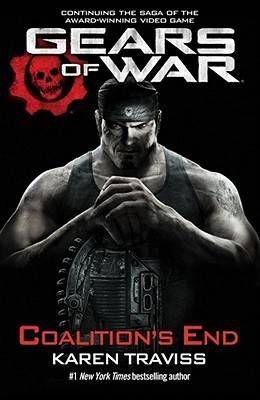 Gears of War: What’s so literary about a bunch of chainsaw wielding super soldiers slicing through humanoid insect monsters?

Written by New York Times bestselling author Karen Travis, there are five novels in the Gears of War literary canon. And what’s most impressive about them, are the trilogy of novels that detail the storyline between Gears of War 2 and 3. Jacinto’s Remnant, Anvil Gate, and Coalition’s End let fans of the game experience the narrative that had to be left out of the actual video games.

Here’s a perfect example. In the opening of Gears of War 3, gamers learn that the main characters (and their people) have relocated to an isolated island, supposedly safe from the Locust horde. You learn this in a short cinematic with tons of exposition. Those three books cover all of that, and the emotional impact of actually seeing what you’ve been reading about… well, it’s intense.

In fact, that’s the most astonishing effect here. A serious emotional connection to the characters develops due to the expanded storyline. One that wouldn’t exist otherwise.

I won’t lie to you, I cried three times playing Gears of War 3, a game that targets brodudes who love shooting things in multiplayer. Karen Travis, you’ve got skills. Well done. 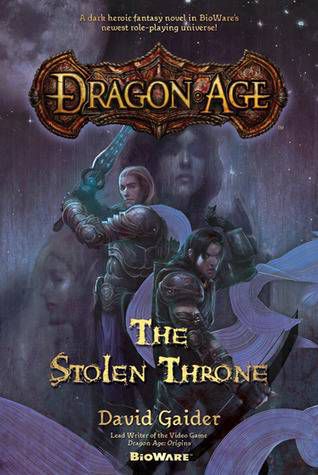 Dragon Age: This dark-fantasy role playing game from Bioware has spawned a lot of mixed media since its video game origins. There are tabletop games, an anime film, and even a mini webseries staring Felicia Day.

But the literary merits of the game are far more impressive.

There’s a graphic novel, Dragon Age: Volume 1, co-written by Orson Scott Card. Yes, the Ender’s Game guy. And the books! Oh, the books. There are a trilogy of books by David Gaider, one of the writers of the actual game, set in the realm of Dragon Age; The Stolen Throne, The Calling, and Asunder. The trilogy serves as a prequel to the first game in the series, and introduces you to the troubled kingdom of Ferelden.

Unlike Gears of War, these books don’t bridge a gap between games, or connect you to characters in current titles. But for fans of the game, the stories are totally worth reading. Confession? There’s a part in The Calling that made me cry a lot. Like, ugly cry. It was bad. People stared.

Halo: Let’s be real here. The first Halo game wasn’t about the story. It was the awesome gameplay and the incredible multiplayer, which set the bar for all future first person shooters. But as the game developed, so did the story and the characters. The dark origins of Master Chief and the Spartan program. The rise of the Covenant. The fall of the Forerunners. And that’s where the novels come in.

There are, as of this posting, over a dozen novels in the Halo canon, consisting of prequels, side stories, and short story collections that expand the universe and lore. And some truly great authors have worked on the canon. Karen Travis, the incredible writer behind the Gears of War novels, lends her pen to the world of Halo with Glasslands and The Thursday War. And there’s Greg Bear, with his Forerunner Saga, a trilogy of books including Cryptum, Primordium, and Silentium.

The games have really delved into and embraced the rich lore being developed for the titles, like with Halo: Reach and the recently released Halo 4. With the books backing up the games and building the history, the Halo universe continues to be one of the most engrossing, and a perfect place for book lovers to explore and game.

Just watch out for the monsters playing Xbox Live. Where are their parents?! 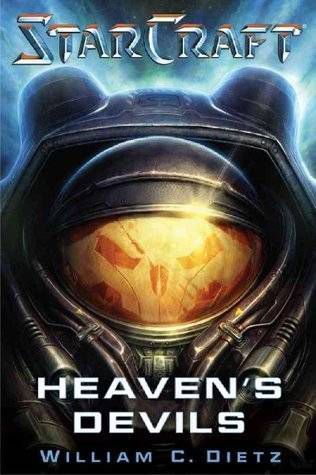 Starcraft: Blizzard puts a lot of time and effort into their games. And incredible amount. Games are announced and take years to come out. With fantastic gameplay and epic stories, all their titles are critical smashes, from Diablo, to Warcraft, to Starcraft.

And luckily for gamers, the attention to detail spills over into their books as well. While I haven’t read any of the nine Diablo books or Warcraft novels (there are over 20 of those!), they sure do have a proven track record of solid sales. The Shattering and Arthas: Rise of the Lich King both hit the New York Times bestseller list.

Which brings me to the Starcraft novels.

While the first Starcraft game didn’t have much in the way of a deep narrative, the sequel had a detailed story, supported by two excellent, excellent books. Starcraft II: Heaven’s Devils by William C. Dietz, and Starcraft II: Devils’ Due by Christie Golden. Starcraft II: Flashpoint by Golden just came out in November. The Blizzard team really built on the story in those games, so much so that they released three books serving as a prequel.