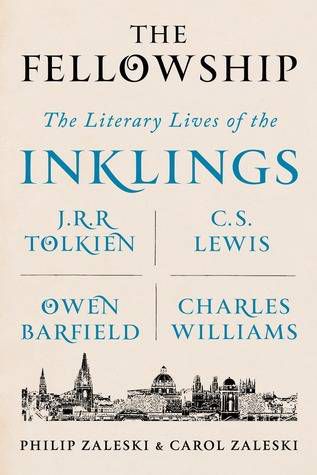 Comics creators are killing it at the moment. Seriously, they are doing some amazing things. In my opinion, comics are seeing a heyday revival comparable to their popularity it the 80s, only this time, diversity (in characters and creators) is not only welcome, but encouraged. In a time like this, comics readers can be forgiving for missing fantastic pieces of work when they come out, simply because there are so many options to choose from. However, if you haven’t read any of these works of graphic fiction and nonfiction, you should do so immediately, because they are unbelievably good.

Writer Marika McCoola and illustrator Emily Carroll teamed up to create this beautiful graphic novel for children earlier this year, and it knocked my socks off. Based on the fairytale of Baba Yaga, the creepy old witch who lives in the woods and EATS BAD CHILDREN, it tells the story of Masha, a young girl whose father has grown distant since her mother’s death, and is now remarrying a woman with a real jerk of a daughter.  Determined to find a family that wants her, Masha heads into the woods to answer Baba Yaga’s pithy newspaper ad requesting an assistant. Carroll’s beautiful, expressive, creepy art is perfect for this setting, and McCoola hits every emotional nail right on the head with her beautiful story.

Hold on to your hats, because this 2002 (re-released in 2015) fictionalized graphic memoir by Phoebe Gloeckner is completely different from our first entry. In this beautiful, heartbreaking book, Gloeckner combines short comics and diary-style prose to tell a fictionalized account of her teenage life, including tales of sex with lecherous older men, drinking, drugs, and prostitution. People who are triggered by sexual violence, this is definitely not the book for you. The main character, Minnie, is 15 when her mom’s boyfriend first feels her up, and things only get harder to read from there. Her confusion and emotional upheaval are portrayed so honestly and accurately that I personally had to put this book down and come back to it several times before I could finish it. But it’s so, so worth it, every minute. And now it’s a movie! But read the book, because, you know. Just do that.

Bringing it back a few years to 2008, Skim, the first book that Canadian comics powerhouse cousins Mariko and Jillian Tamaki published together, is another really beautiful and spot-on portrait of teenage life as a girl. Not quite as difficult as Diary, Skim still has the power to affect, with the main character, Kim, aka “Skim,” wrestling with issues like depression, suicide, sexuality, manipulative friendships, and problems with her appearance. For example, when asked why everyone calls her “Skim,” Kim says, “Because I’m not.” Plus, Kim is interested in witch stuff, which is always awesome. Jillian Tamaki’s art is, as always, beautiful and deceptively simple, with little touches like cigarette smoke and Kim’s stringy hair that’s always in her face lending further realism to this picture of suburban life.

Simon Hanselmann’s hugely popular tumblr comic, Megg, Mogg, and Owl, was turned into a book by Fantagraphics in 2014, and has been knocking out comics lovers ever since. Essentially, the book is a series of short episodic comics about the life of Megg, a witch girl, Mogg, her cat familiar, and Owl, their humanoid owl roommate. All three are stoners and fuck-ups, living in filth and doing nothing all day, and their friends, characters like Werewolf Jones and Mike the Warlock, are no different. The neurotic and self-conscious Owl is constantly trying to improve his life, only to be thwarted by the cruel pranks of Megg, Mogg, and crew, who seem to want nothing more than to keep him down at their level. It may seem like a stoner comedy comic on the surface, but it’s such an accurate depiction of sad laziness that, as Daniel Clowes put it, “I actually find his comics really depressing and thank god I don’t ever have to hang out with anybody like that ever again.” But then again, it’s also hilarious. It can go both ways.

Over Easy by Mimi Pond

Ending things on a relatively high note in terms of content, Mimi Pond’s recent Over Easy is a biographical comic about her time spent working in a diner-style cafe in Oakland in the 70s. The staff are hilarious archetypes of restaurant employees: there’s the gruff line cooks, the beautiful waitresses, the jerk boss, and the enigmatic manager trying desperately to hold it all together. But even though they seem typical at first sight, Pond does a beautiful job of fleshing out her coworkers into real people, poets and artists and writers just struggling to get by, falling into and out of relationships with the people closest to them. It’s the 70s, so they all take drugs, but they’re also all consenting adults, so that’s not so bad. Pond’s art, done in a green watercolor scale with simple black lines, feels familiar and pleasing, like the delicious comfort food served at The Imperial Cafe. Don’t miss this one.