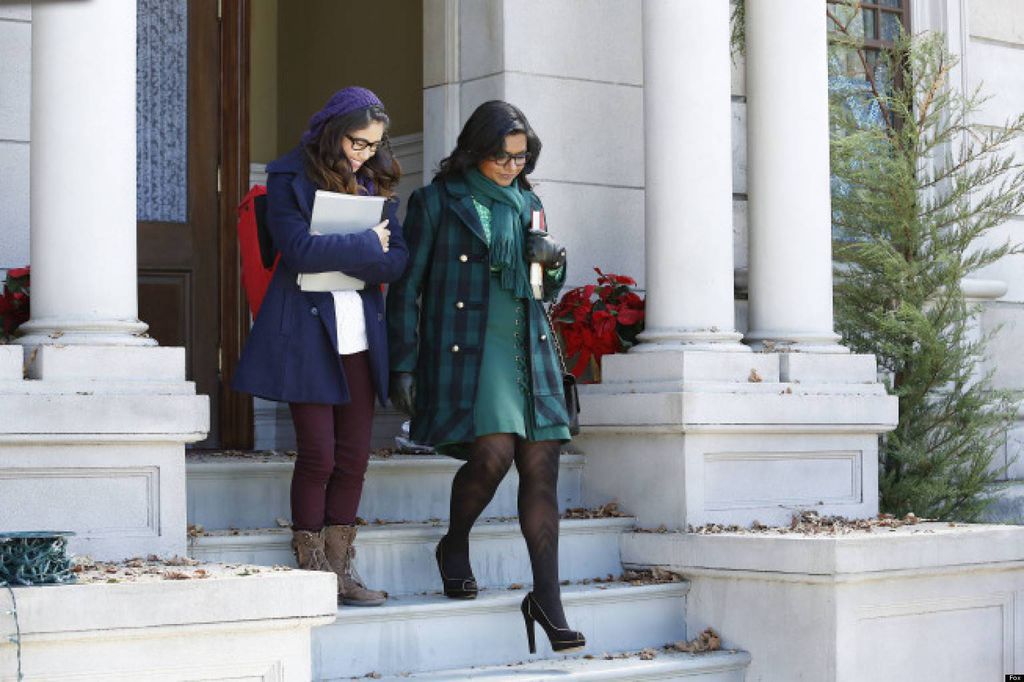 April saw an end to the six-year run of FX’s modern TV Western, Justified. The last shots have been fired over Harlan County and Deputy U.S. Marshal Raylan Givens has (figuratively; we won’t spoil the ending) hung up his hat. Viewers who have followed the ups and downs of this often quirky, sometimes gut-wrenching, always delightful show may be feeling a little bereft right now.

Here are some comics recommendations to get you through the mourning period.

It’s been said that every story boils down to either “A character goes on a journey” or “A stranger comes to town.” The pilot episode of Justified combines both ideas, sending Deputy Marshal Givens back to Kentucky, the home state he thought he had escaped forever. As the series goes on, Raylan becomes more and more entangled in the history — family and otherwise — that he once tried to leave behind.

Scalped starts from a similar premise, with F.B.I. agent Dashiell Bad Horse assigned to the Prairie Rose Indian reservation, to uncover a conspiracy of violence and corruption that encompasses his own family, old friends, and former lovers.

Justified quickly became the story not just of Raylan but his primary antagonist, Boyd Crowder. Likewise, over its ten volumes, Scalped expands its scope from the F.B.I. investigation to the entire world of Prairie Rose, and especially its unforgettable crime boss, Lincoln Red Crow. If you like to “binge” your stories, Scalped provides a rare opportunity, with 60 issues (10 trade paperbacks, or the recently launched deluxe editions) providing a complete, and completely self-contained, saga.

The stranger who comes to town to dispense justice in Copperhead is Clara Bronson, a single mother who is reticent about her past. The town itself is unusual, too — Copperhead is a mining colony on the fringes of a space empire.

The space Western concept isn’t exactly new — ever since Gene Roddenberry pitched Star Trek as “Wagon Train to the stars,” the two genres have had some notable overlap.

Faerber and Godlewski bring some fresh ideas to the story, including a visual inventiveness in the design of  Copperhead’s various alien species, and colorist Riley enhances the total effect with a breathtaking color palette.  The strong characterizations work to create a story of complex culture clashes, and conflicts that have no simple resolution. This series is just getting started, with one trade paperback collection available already, and there’s still time to catch up with single issues, from your comic shop or digital vendor of choice.

One of the things that sets Justified apart is its Appalachian setting; it’s the only TV show I’ve run across that’s set in Kentucky. (Yes, there’s a Hazzard County, Kentucky. No, Dukes of Hazzard doesn’t take place there, but in fictional Hazzard County, Georgia. Look it up. Then, accidentally get sucked in to reading arguments about the Confederate flag on the Wikipedia Talk page for The Dukes of Hazzard. Wish desperately to have those hours of your life back. Or, you can just trust me.)

A Kentucky setting is also central to Parker and Lieber’s Image graphic novel Underground. The hero is Wesley Fischer, a female park ranger devoted to protecting the state’s wondrous natural caves. There are ne’er-do-well bad guys with a scheme to exploit the area, but the real suspense and conflict come from the dangers of the caves themselves. Artist Lieber excels at depicting the struggle between humanity and nature in visually compelling ways (see also his collaboration with Greg Rucka on the Antarctica-set Whiteout), and anybody who dug coal the way Boyd and Raylan did can appreciate this accomplishment.

Editor’s note: Steve Lieber is currently offering UNDERGROUND for a pay-what-you-will price or for free.

Not every adult male actor can play emotionally fraught scenes opposite a teenage actress without having it come across as, well, creepy, but Timothy Olyphant and Kaitlyn Dever always made this work. If you’re any kind of Marvel fan, seeing this dynamic between a laconic tough guy and and a sassy teen probably makes you think of Wolverine and his various girl sidekicks. The ’90s tales of Wolvie and Jubilee offer examples, as do various Wolverine and Kitty Pryde stories from the ’80s.

My personal favorite version of this story — my favorite Wolverine comic period — is the all ages, out of continuity Wolverine: First Class series, launched by Fred Van Lente and Andrea DiVito. You might think that a mass murderer with knives for hands isn’t exactly appropriate for a kid-friendly book, but Van Lente captures the essence of the character wonderfully without needing too much grit and grimness. And Kitty — who is the real, not so secret, star of the book — is a delightful, nerdy, silly and resourceful kid, who has Wolvie wrapped around her little finger.

Johnny Cash: I See a Darkness by Reinhard Kleist

My final recommendation is for a the comic that I would give to either Raylan or Boyd. (Or Ava. Or Art. Or Deputy Tim Gutterson, for that matter — a guy who’s soft spoken and deadly and has a very strong preference for wearing black.)

Johnny Cash was the kind of writer and performer that it’s easy to picture people on both sides of the law idolizing. His biography makes a compelling tale, without any embellishment required. In I See a Darkness, Reinhard Kleist renders scenes from that true story in stark, haunting black and white art. Interspersed with these moments of biography are imagined narratives based on some of Cash’s most famous songs. The man, the legend, and the artist blur together, creating a work that transcends the sum of its parts.