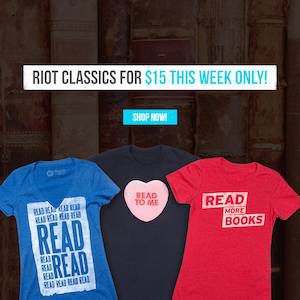 The first weekend in August found me at Gen Con, which attracts over 60,000 tabletop players, film and anime fans, and sci-fi/fantasy writers in costumes ranging from Spider-Man to Sailor Moon. Watching this collision of nerd subcultures, I decided to celebrate by bingeing on comics (my Nerd Thing) about tabletop gaming (my husband’s Nerd Thing, and Gen Con’s raison d’etre). First I set a few guidelines: 1) The comics must be primarily about games played in the physical world, with your opponents in the same room (comics about video games are their own massive genre); 2) I would ideally assemble a mix of self-published and professionally-published comics about real and fictional games; and 3) I couldn’t write about Yu-Gi-Oh! again. And I succeeded!… Mostly. You’ll see.

Hikaru no Go by Yumi Hotta and Takeshi Obata (VIZ)

There’s a whole host of reasons why this manga shouldn’t work: it’s an introspective coming-of-age tale that was serialized in action-adventure powerhouse Weekly Shonen Jump; the connective tissue binding the characters is an unsexy Chinese strategy game; and “an ancient ghost awakens a teenage boy’s latent gaming talent” is basically the plot of formidable franchise-starter Yu-Gi-Oh!.* But over twenty-three gentle, psychologically vivid volumes, Hikaru no Go morphed into one of my all-time favorite comics. Hikaru Shindo finds an old Go board in his grandfather’s attic and accidentally releases a Heian-era spirit that wants to use Hikaru’s body to play Go again. “Hikaru’s” unnatural talent catches the eye of Go prodigy Akira Toya, who in turn inspires Hikaru to learn the game for real. Death Note artist Takeshi Obata illuminates Yumi Hotta’s writing with astonishing detail; you may find yourself pausing, as the characters do, to gaze with affection at the game’s geometry.

*This is my one Yu-Gi-Oh! reference, I promise.

I don’t play Magic: the Gathering, but a friend who is deep in the deck-building weeds loves this comic. Writer/artist “Magic Addict” deploys Cyanide and Happiness-like stick figures in three-to-six-panel gags about color alignments, conflicting play styles, and loving something beyond the bounds of “normal.” There’s plenty for fanatics of any stripe to relate to; as a long-time Pokemon player, I laughed out loud at this strip about franchise expansion:

Fellow Panelteer Charles Hoffman introduced me to this webcomic and I immediately sent the link to most of my friends. A group of never-seen players run Lord of the Rings as a Dungeons & Dragons campaign and it goes… very, very wrong.

DM of the Rings is mostly crack (delicious, delicious crack), but it did make me consider the ways that storytelling changes when it becomes interactive, and the ways we can “talk back” to our myths through modern gaming.

Up to Four Players by Aviv Or and Eran Aviram

I just started reading this webcomic and haven’t been through the entire archive yet, but I felt immediately comfortable in its little world. Creators Aviv Or and Eran Aviram mine their own experience moving from Israel to London for this gag strip about culture clash and the power of gaming to build and maintain friendships. The main characters are a pair of committed couples, which will hopefully cut down on that last resort of joke-writing, Manufactured Relationship Drama. (Also: Women! Who play games! And are good at them! What?) To top it all off, my heart warmed at the loving detail with which the art recreates the pieces and box art of familiar games like Pandemic.

I’m skirting the edges of the “no video games” rule with this choice, since the Angelic Layer game requires a fair amount of expensive in-universe technology to work. Still, I think the concept of custom-designing dolls to fight on a playing field would appeal to many of the people who enjoy miniature wargaming in our world. They cherish a tangible connection to their gaming environment and partners, even as video games create an ever-more immersive and anonymous world. But my favorite part of Angelic Layer is that its protagonist is exactly the type of person who stereotypically “doesn’t game”: a middle-school girl. Petite, unathletic Misaki overcomes her insecurity by kicking butt with her also-undersized battle doll Hikaru and, in true CLAMP fashion, makes plenty of new friends along the way.

Readers, what are your favorite comics about tabletop gaming? Let us know in the comments!