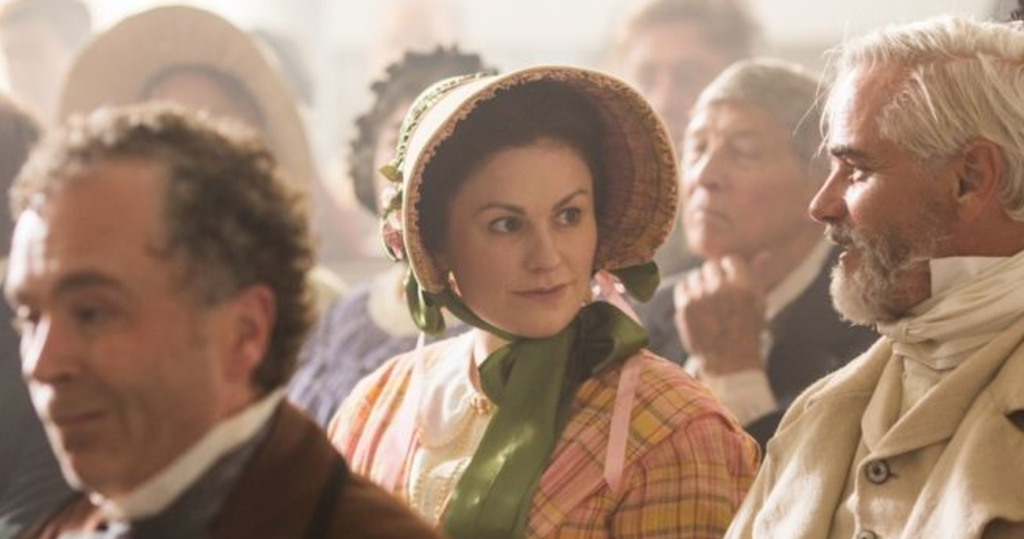 Our first look at the highly-anticipated adaptation of Margaret Atwood’s Alias Grace is here!

The miniseries, starring Sarah Gadon as Grace Marks, is based on Atwood’s novelization of the one of Canada’s most notorious murder trials. In 1843, Marks was accused of murdering her employer Thomas Kinnear (played by Paul Gross) and his housekeeper, Nancy Montgomery (Anna Paquin). Mary Harron, known for her work with the film adaptation of American Psycho, directs.

The production, adapted for the screen by Sarah Polley,  follows the success of Hulu’s adaptation of The Handmaid’s Tale. The series earned a total 13 Emmy nominations, the first for the streaming service.

Alias Grace premiers in Canada on CBC on September 24, and it will be available on Netflix in the fall.