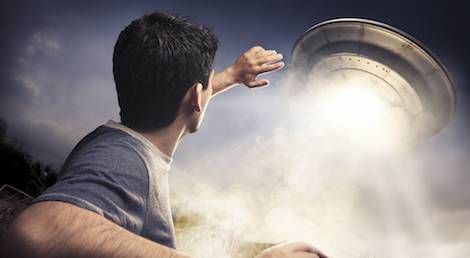 If you hadn’t noticed, there’s a new sci-fi film coming out soon, about first contact between humans and a mysterious alien species—Arrival. That’s nice (or incredibly exciting, if you’re me), but what does that have to do with books? Well, you may not have known this, but Arrival is based on a Nebula-award-winning novella by Ted Chiang, titled Story of Your Life. Which you can find in his excellent collection Stories of Your Life and Others.

It’s something of an understatement to say that science fiction has a long tradition of first contact stories, though you can winnow the field down a lot by requiring that the first contact is between humans and a truly alien (often inscrutable) species that is not a thinly-veiled representation of a human culture foreign to the author.

So here are six of my favorite first contact novels to try out while waiting for Arrival to show up, in order of how much it sucks to be the human from most to least. 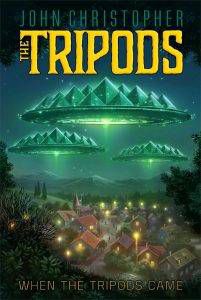 When the Tripods Came by John Christopher – Alien invaders take over the world via manipulating people using mass media. Clever of them. The tripods of this book are an obvious shout-out to HG Wells’s Martian fighting machines from War of the Worlds. And both books definitely belong far up on the it sucks to be humanity scale. This book is actually a prequel to a trilogy that I also recommend.

The Three Body Problem by Cixin Liu (translated by Ken Liu) – An alien species who lives in a completely unpredictable three-sun system is exploring aggressively for more welcoming planets to invade. They get pointed toward Earth by the disheartened plea for help from an exile of the Cultural Revolution, Ye Wenjie. The real question is, how will humans deal with the impending invasion?

Foreigner by CJ Cherryh – Human colonists land on a planet already occupied by an alien species called the Atevi. Despite things being initially peaceful, cultural clashes and misunderstandings lead to war, which the humans lose. This is the first book of a series that’s well worth reading if you like examining cultures clashing and adapting.

Rendezvous with Rama by Arthur C Clarke – I tend to think of Clarke as the master of the inscrutable alien, between this, Childhood’s End and 2001: A Space Odyssey. In this novel, humans detect a massive alien spaceship passing through the solar system that at first they mistake for an asteroid. Then, because humans never stop being curious monkeys, an exploration party is sent to check it out. What makes Rama so interesting to me is that we never explicitly meet the aliens—just try to get to know them via their technology, architecture, and art.

Lagoon by Nnedi Okorafor – aliens land in the harbor of Lagos and things immediately get strange for a varied cast of characters. It’s never truly concrete, what the intentions of the aliens are, or what the long-term effect on humanity will be… but I think the answer is in the fact that the aliens call themselves change. And change can be good or bad from person to person, from moment to moment—but it is inevitable.

Dawn by Octavia Butler – the first in the Xenogensis trilogy, this tells the story of humanity being saved from total self-annihilation by the mostly benevolent Oankali. But this salvation comes with a price that Lilith Iyapo and the other survivors must grapple with—the end of the human species as they know it and the birth of something new.

Gateway by Frederik Pohl – okay, technically I’m cheating a little here. The actual first contact doesn’t happen until the second book of the series, Beyond the Blue Event Horizon. But in this first book, humanity gets to know the Heechee (and the wider universe) by playing destination roulette in ships the aliens left behind on the Gateway. This is a perennial favorite read of mine, and compared to a lot of the other aliens on offer here, the Heechee are downright cuddly.