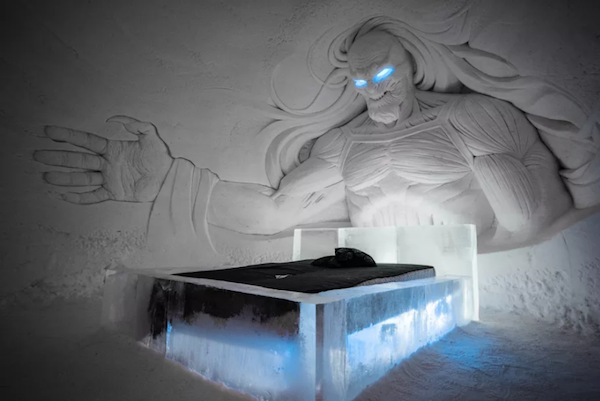 In case you wanted to experience what life at The Wall feels like, Finland has created a bonkers Game of Thrones-inspired ice hotel in Kittilä, a short flight from Helsinki.

Made entirely of snow and ice, the hotel features elaborate carvings and rooms designed after the show and created by sculptors hailing from Russia, Poland, Latvia and Ukraine.

Meister Seelig & Fein will no longer represent far-right pot-stirrer Milo Yiannopoulos due to a “breakdown in the relationship,” according to an emergency motion filed by the New York-based law firm this past Friday.

Yiannopoulos is currently in a legal battle against publisher Simon & Schuster  over his (now) self-published book Dangerous. The former Breitbart editor said the disagreement with his counsel arose because Simon & Schuster persuaded the court to make certain documents available only to his lawyers.

Top Senate Republicans have quietly reached out to J.D. Vance — the star author of “Hillbilly Elegy” — about running for Senate in Ohio after the abrupt withdrawal last week of GOP candidate Josh Mandel.

Senate Majority Leader Mitch McConnell (R-Ky.) has spoken with Vance about a potential bid, according to three sources familiar with the discussions. Mandel announced on Friday that he would exit from the Ohio Senate race — one of the more high-profile battles in the 2018 midterm elections — due to his wife’s health issues.