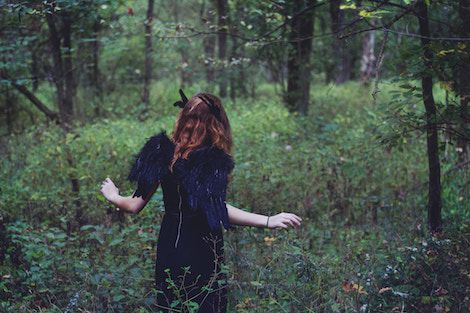 Bee Oder is on her way to working full time in libraries, after a while working full time in schools. She decided to change because there wasn’t enough time spent talking about books. She has degrees in Creative Writing and Teaching, and is on her way to securing a Masters in Information Management. Born and raised in Melbourne, Australia, Bee has spent time living in the U.S. and the UK before settling back home—she finds that Melbourne has the best weather for reading and writing, as well as the best bookstores. You can find her taking photos of LGBT+ books on Instagram @lesbeebooks or else co-running the tumblr-based digital zine, The Butchery.

I have been spending a lot of time reading about graveyards of late. I could make some attempt to defend myself, or distance myself from any wannabe-teen-goth connotations, but the truth is that even though I claim to be researching for a novel I may never actually finish, I have always turned to quote-unquote “dark things” when my head isn’t in the right place. In my early primary years, it was witches; as a teen, it was the vampire romance; in university, it was Gothic literature—and it turned out the Gothic was the root of it all, really.

This is something that I am definitely not alone in. I had other geeky little “goth” friends in high school: we listened to The Cure and Siouxie Sioux; we had asymmetrical haircuts which we dyed black; we read a lot of Anne Rice. Also, we just all happened to turn out to identify somewhere under the wide LGBTQ+ umbrella. 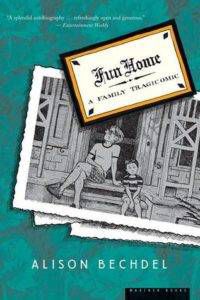 The phenomenon of young LGBTQ+ people flocking together is a favourite topic on social media. People post about an innate recognition, a sense of feeling different and ‘other’ without knowing the reason. In her autobiographical tragicomic Fun Home, Alison Bechdel says, “Since earliest childhood, I knew I was different from other girls…for a long time, I thought it was just because I was smarter.” She is the outsider, for reasons she can’t even articulate at a young age.

Earlier in the same work, she writes about the feeling of elation at seeing a proud and confident butch woman out in public—someone who reflects her otherness. It is a moment in literature (albeit graphic literature) which has spawned the joyful lesbian catch-cry “ring of keys”, which itself rings with the exact “surge of joy” that Bechdel experienced in that moment as a child. The next panel in the comic, though, shows the disgust on her father’s face. The accusation. The interrogation: “Is that what you want to look like?”

Monstrosity and queer identity are long-time bedfellows. Susan Stryker wrote about becoming and being the monster in “My Words to Victor Frankenstein above the Village of Chamounix: Performing Transgender Rage”—a seminal article which has gone on to influence queer art to this day. But even she certainly isn’t the first to have made this association.

A lot can maybe be said about how ill-treatment of LGBT+ people is referred to as phobia. We are objects of fear, pathologized. We are told we are monstrous by a homophobic, transphobic society: the way we have sex is unnatural and disgusting; our bodies are unattractive, dirty, useless, or false; we are in-between, not one or the other, ‘something else’. It. That.

I myself read Frankenstein for Literature class in Year 12, and I kept my thoughts about the monster to myself. The monster is rejected and maligned, mistreated to the point of violent anger. I was angry too, simmering with rage at myself for being so uncertain about my identity, and at everyone else for not giving me the support I craved. My peers pitied the monster, while I envied it. It was feared, definitely, but it was also powerful. It had the agency to take what it was entitled to. I was 17, and forcing myself to have a crush on a boy, despite my school folders being covered in (in another example  of innate recognition) pictures of Ellen Page and Kristen Stewart. I couldn’t do heterosexuality properly. Imitation was getting me nowhere. I couldn’t play the role. My desires felt predatory and subversive, and I didn’t even know where to begin with them.

So I read Dracula. I read The Picture of Dorian Gray. I read Jane Eyre. I read The Strange Case of Dr. Jekyll and Mr. Hyde. I read The Yellow Wallpaper. What I learned is that there is a sense of superiority fuelled by feeling that you understand something which others don’t.

In traditional Gothic works, the supernatural acts as a stand-in for the real-world terrors of the time. It shows us that there is logic in being afraid of the world, because the world is a fearful place. In the words of Francisco Goya, “el sueño de la razón produce monstruos”—or, “the sleep of reason produces monsters.” The supernatural shows us the truth. In Frankenstein, we should fear the man who plays God; in Jane Eyre, we should fear the man who maligns women; in Dorian Gray, we should fear the baselessness of a hypocritical society. There is a prevalent reading of The Strange Case of Dr. Jekyll and Mr. Hyde which says that it is an allegory for the closet, and the danger that comes from living a double life—that hiding one’s true nature is untenable, and dangerous to ourselves and others. In The Yellow Wallpaper, the nameless wife is locked away and driven mad on account of her womanhood. There are real monsters in these stories, yes, but they aren’t the ones scuttling around in the dead of night.

The times, they have a-changed, though. More and more, supernatural literature tends towards fostering sympathy for the monster, not the ones who fear it. 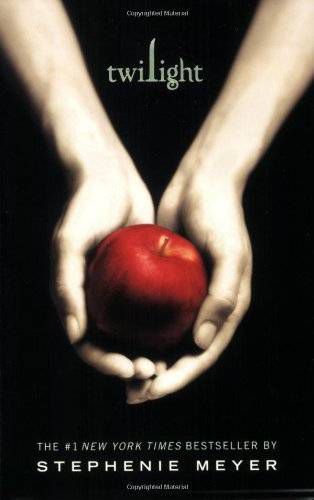 In modern YA, the supernatural shows truth as well—but not about the darkness of the world; rather, as a reprieve from it. The supernatural is a salve for trauma, an escapist fantasy that protects those who have been cast aside by life, and gives them both purpose and a sense of secure identity: the eponymous Harry Potter finds home in the walls of a crumbling castle; in The Raven Cycle Adam Parrish learns love and agency through connecting to the magic of a forest; even Twilight’s Bella Swan finds a sense of belonging and freedom from depression with a clan of vampires. It is also possibly why more and more fans are finding poignancy in reading Harry as a Man of Colour; why Adam’s bisexuality is so important to a vocal group; why people even choose to argue that Bella could be a lesbian. These characters are the Gothic outsiders, much like Frankenstein’s creature, but they are not ever cast as monsters. They are cast as heroes.