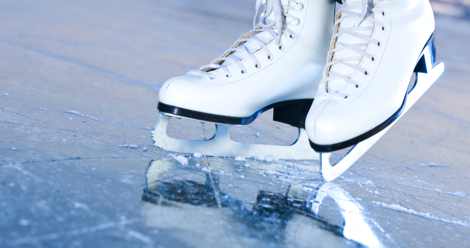 It took me longer than I would have thought to go looking for figure skating romances. I have never been what you might call a sporty person. I went through a football phase in college, and still watch it from time to time. That’s about as far as my interaction with the world of sports goes, usually.

However, there is one time of year when that changes. One season when my sports apathy fades and my soul rises from the athletic ashes in a blaze of rhinestones, lycra, and triple toe loops. Figure skating: the perfect mix of athleticism, fantastic costuming, and beautiful music. And of course, every four years figure skating takes it to the next level in the Winter Olympics. More sparkles, more grace, and even more breathtaking routines.

But despite the rise in recent years of the sports romance sub-genre, it never occurred to me to seek out figure skating romances. Probably because my general disinterest in all things sports has always extended to sports romances. I knew there were football romances, and rugby romances, and romances for soccer, basketball, baseball, and especially for hockey. Yet the notion of figure skating romances slipped right under my radar.

It was actually Kayleigh Webb, over on Twitter, who got me thinking about the possibility when she asked for recommendations during the teams figure skating competition on opening night:

If anyone has figure skating romance ⛸ recommendations, let me know! #need

Well, the idea of figure skating mixed with romance made a little corner of my reading brain go: Whoooooo! So I went book hunting.

What I found at first were predominantly “Cutting Edge” romances—which is to say, romances in which the heroine is a figure skater and the hero a hockey player. While I’m not ruling those out for future reading, I really wanted to start with romances where both leads were figure skaters, whether partners or competitors. It took a little digging through a mountain of hockey and skiing romances—all of which have title keywords that are frustratingly similar to skating romances, FYI—but I finally found what I was looking for.

So in honor of the 2018 Winter Olympics, and all the talented skaters taking to the ice, here are five figure skating romances to add a little romance to your winter games. 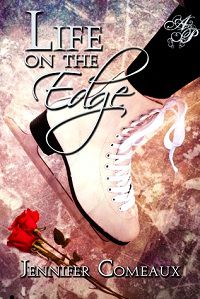 Life on the Edge by Jennifer Comeaux

Oh, this one. This was the first of the figure skating romances that I one-clicked this morning. Life on the Edge is the story of two partners, Emily and Chris, with big dreams of Olympic Gold. With the help of their somewhat mysterious coach, Sergei (or as I like to call him, The Token Russian—you’ll find most figure skating romances have one), Chris and Emily are on an upward trajectory towards success. But when feelings spark, as they always do, it’s not Chris that Emily finds herself falling for. That’s right, it’s the sexy mystery!coach. You know I’m always here for that forbidden love action. 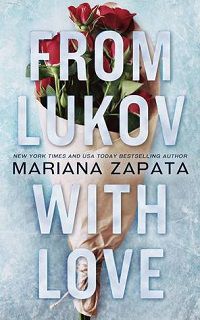 From Lukov With Love by Mariana Zapata

I’ve already started reading this one. I couldn’t resist the allure of the love/hate trope. Each of these figure skating romances has its selling point, and for From Lukov With Love it was the burning hatred between the two leads, who grew up as competitors. Though they are equally talented, Ivan had the sort of money needed to create opportunities. Jasmine did not. And only one of them went on to have a successful career. But now the two find themselves partnerless and they’ll need each other if they want to keep their skating dreams alive. Whether they like each other or not. Though I haven’t finished From Lukov With Love yet, I’m already so impressed by how Zapata is addressing the classism in professional figure skating. 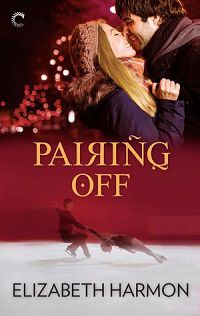 Pairing Off by Elizabeth Harmon

These two leads don’t like each other either, and I am loving the tension. Maybe this is the second love/hate (or at “least very strongly object to”) romance on the list because figure skating romances are set in the context of such a competitive sport? Either way, Carrie Parker and Anton Belikov (see, The Token Russian) do not get on. But unlike Ivan and Jasmine, Carrie and Anton have sexual history which adds another layer to their mutual dislike. Carrie has been blacklisted from American skating because of the scandal caused by her ex-partner, and now she’s got two choices: skate with Anton or retire. If only they could forget that one night they spent together (spoiler: they can’t). 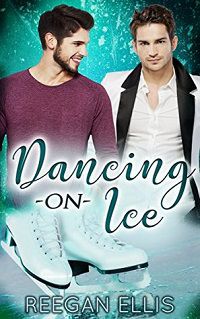 Dancing on the Ice by Reegan Ellis

You didn’t think you were going to get through this whole list without an m/m romance did you? Not in a post-Yuri!!! on Ice world you’re not! There were actually a number of m/m figure skating romances to choose from, all published in the last few years (I can’t conclusively call this the Yuri!!! on Ice effect, but still), but the others I found were all novellas. Ellis’s was the only full length novel. And—wait for it—the heroes are rivals! It’s the grumpy, introverted skating champ vs the warm, outgoing skating champ, and they’re both supposed to have their eyes on the gold. Too bad they’ve only got eyes for each other. 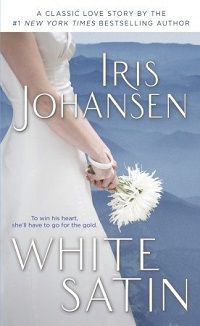 White Satin is the one ’80s romance that I just had to sneak onto this list of otherwise post-2015 novels. Unlike the other ’80s/early ’90s figure skating romances that I found, White Satin (first published in 1985) was reprinted by Bantam in 2010, making it readily available to readers, for one thing. For another, it has all the drama of the 1980s old-school romances that I adore and it’s another romance between a figure skating star and her mentor. I know. I know I’m such a sucker for questionable tropes. And I’ll give the same warning I usually give for old school romances: White Satin is probably going to be objectionable at times. But if you want a taste of ’80s romance alongside your figure skating, you’ll want to give a little time to Dany and her excessively dramatic mentor, Anthony Malik (aka The Token Russian).

There you go! Rivalries, partnerships, affairs of the heart, vendettas, and so, so, so many rhinestones. Happy reading!