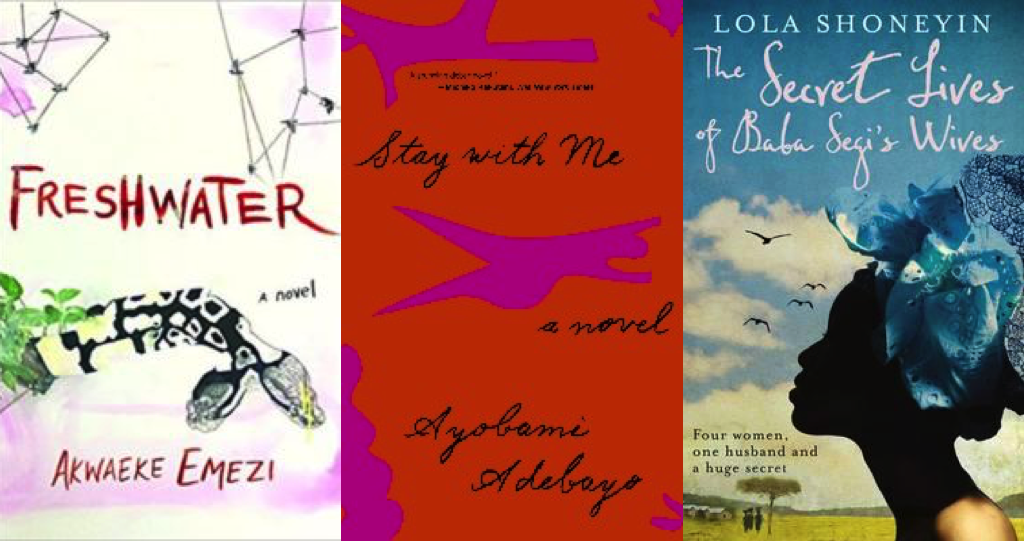 On April 14, 2014, 276 Nigeria girls were abducted from their secondary school by the terrorist group Boko Haram. The girls were held in captivity, forced to become the terrorists’ wives, and many bore their abductor’s children.

It is easy to hear this news and make assumptions: Nigeria is not a safe place for women, or Nigeria is not a feminist country. In college I read Chinua Achebe’s Things Fall Apart, and that book depicted a Nigeria that was hard on women. Okonkwo, the main character, was violent, ambitious, and misogynistic. His violence and intolerance became more pronounced as he struggled to retain his masculine authority in a world that was changing. It was a book that I had to read more than once, and I appreciated its importance, but never truly enjoyed it.

Things Fall Apart was about imperialism, not about feminism. Obviously. Okonkwo was not a feminist. So it is now striking to juxtapose Achebe’s classic to Nigeria’s modern feminist writers. Women like Chimamanda Ngozi Adichie, Lola Shoneyin, and Ayobami Adebayo. Adichie’s We Should All Be Feminists and Dear Ijeawele, or a Feminist Manifesto in Fifteen Suggestions were a balm to many American women’s souls after the 2016 election. She has established herself as a leading feminist voice around the world, encouraging women to stand up for their autonomy, to have ambition, and demand equality:

“We teach girls to shrink themselves, to make themselves smaller. We say to girls, you can have ambition, but not too much. You should aim to be successful, but not too successful. Otherwise, you would threaten the man. Because I am female, I am expected to aspire to marriage. I am expected to make my life choices always keeping in mind that marriage is the most important. Now marriage can be a source of joy and love and mutual support but why do we teach girls to aspire to marriage and we don’t teach boys the same? We raise girls to see each other as competitors not for jobs or accomplishments, which I think can be a good thing, but for the attention of men. We teach girls that they cannot be sexual beings in the way that boys are.” (from We Should All Be Feminists)

But Adichie is not alone. I have found myself buying more and more books by Nigerian female authors; one of my favorite books of 2017 was The Secret Lives of Baba Segi’s Wives. I considered that book to be the response to Achebe’s Okonkwo that I’d been searching for.

I have also been transfixed by @bitsofborno on Instagram, which has documented life in Borno state, the location of Chibok, where the 276 school girls were abducted, and are now being returned. The account and pictures are taken by Fati Abubakar, who documents both the positive and negative aspects of Borno. She often profiles the girls who have been returned to Borno from Boko Haram. It is a beautiful account, and has secured my fascination with Nigeria and its many contradictions.

‘I had the baby by myself at home a month ago. I couldn’t afford to go the hospital. Lagos is expensive. And the women leader here who usually delivers babies here wasn’t around. I’ve still not been to the hospital. My baby is generally doing well but I’ve worried about this boil on her chest. We are hoping to find some money so we can have check ups in the clinic’ #bitsofborno #displacement #resettlement

“Culture does not make people. People make culture. If it is true that the full humanity of women is not our culture, then we can and must make it our culture.” 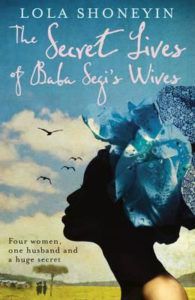 The Secret Lives of Baba Segi’s Wives by Lola Shoneyin

An absolute gem of a book. I recommend it to everyone. It gave me goosebumps when I read it the first time. Shoneyin is a poet, and this is her debut novel. Please God let her write more! I will buy anything she writes. Anyway, enough fawning—what’s it about? It’s about polygamy. Yeah, that’s right, friends, this feminist novel is about polygamy. I don’t think I should say more, because the ending really surprised me, and I want you to be completely ensnared like I was!

“A real woman must always do the things she wants to do, and in her own time too. You must never allow yourself to be rushed into doing things you’re not ready for.” 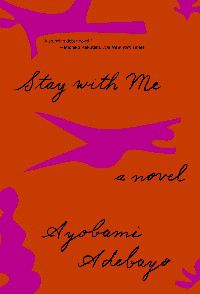 Stay With Me by Ayobami Adebayo

This was nominated for the Bailey’s Women’s Prize last year, and it didn’t win, which is a crime. This book was amazing. It dealt with very similar themes to Lola Shoneyin’s book, and I was worried that would diminish its power, because I loved Baba Segi’s Wives so much, but it really stood out as an original. This was a punch in the gut book, and again, one of the best books I read last year.

“If the burden is too much and stays too long, even love bends, cracks, comes close to breaking and sometimes does break. But when it’s in a thousand pieces around your feet, that doesn’t mean it’s no longer love.”

Adichie has been called “the 21st Century Daughter of Chinua Achebe” which I find really fascinating. I think, maybe, she’s earned that title because of the themes in this book. Half of a Yellow Sun is about a secessionist state in Africa called Biafara, and the civil war that it triggered. But never doubt Adichie’s feminist convictions: 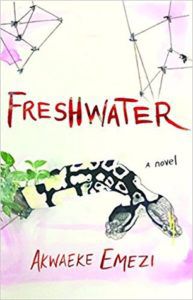 This was a book I struggled to read. It is hard and its subject matter is depressing, but that does not take away from its importance. Just know—if you are bothered by stories of mental illness or sexual violence, this might not be the book for you.

“Sometimes, you recognize truth because it destroys you for a bit.”

This book is about contradiction. It is about a Nigeria that has progressed after years of war, but still maintains injustice and prejudice. It is a heartbreaking book about love and identity.

“I suppose it’s the way we are, humans that we are. Always finding it easier to make ourselves the victim in someone else’s tragedy.

Though it is true, too, that sometimes it is hard to know to whom the tragedy really belongs.” 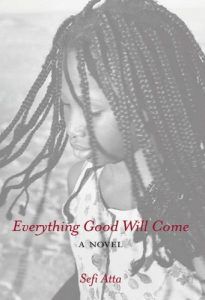 Everything Good Will Come by Sefi Atta

This book feels like a combination of Stay With Me, Under the Udala Trees, and Half of a Yellow Sun. It begins after the Biafra War and follows two girls as they try to find independence in a Nigeria that does not allow women much power. Both women try to defy the traditional system that stymies their independence and leaves them with little control over their own lives. This book focuses on class and feminism. 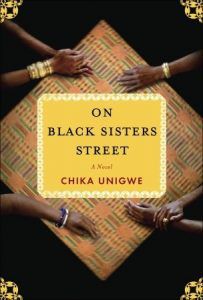 This book reminds me of so many stories I’ve read recently about immigrant women from Africa and the lives they are forced into when they seek asylum in European countries. This story is about African women who live in Belgium and become sex workers in order to save up enough money for family, and to pay back their traffickers. The four main characters all have secrets that they do not share until one of the four girls is murdered. A truly harrowing, heartbreaking read about the true tragedy of being an immigrant in an unfriendly world. 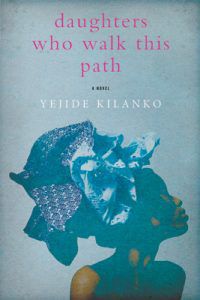 Daughters Who Walk This Path by Yejide Kilanko

This book is about sexual assault and violence that Nigerian women have endured silently for too many years. It is about a vibrant Nigeria that continues to evolve and become more modern, but still maintains currents of extreme violence.

“I will remember that love is much more than intense feelings. For feelings can be fickle and change so swiftly just in the course of one day. Know this then, my love. Know that this choice to forever link my life with yours was mine alone to make.” 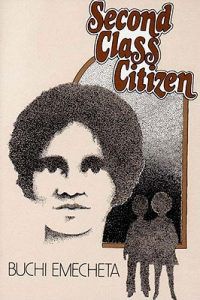 I haven’t read this book, but it is about a woman who defies tradition to find independence for herself and her children in Nigeria. The author, Buchi Emecheta, died last year, but throughout her career she wrote over 20 books that covered themes of feminism and childhood slavery.

“God, when will you create a woman who will be fulfilled in herself, a full human being, not anybody’s appendage? she prayed desperately.” 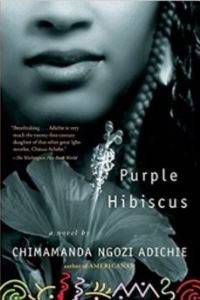 This book describes the beauty and culture of Nigeria with tenderness. Again, this book is about upheaval in Nigeria, and it is quite a page turner. This is Adichie’s stunning debut novel; a great portend of things to come.

“There are people, she once wrote, who think that we cannot rule ourselves because the few times we tried, we failed, as if all the others who rule themselves today got it right the first time. It is like telling a crawling baby who tries to walk, and then falls back on his buttocks, to stay there. As if the adults walking past him did not all crawl, once.”

I fall in love with places. I’ve never been to Nigeria, but because of books I can imagine its sounds and colors and people, and I can love Nigeria like I love an idea.

And when it is reported that even more girls have been abducted by Boko Haram (many have been returned) it is hard not to observe the contrasts of Nigerian society, but hope through voices like Chimamanda Adichie, Yejide Kilanko, Chika Unigwe, Sefi Atta, Chinelo Okparanta, Akwaeke Emezi, Ayobami Adebayo, and Lola Shoneyin Nigeria can achieve meaningful change for its women, and find peace.

If you’d like to know more about the Chibok girls’ abductions, there’s a very slim book called The Chibok Girls: The Boko Haram Kidnappings and Islamist Militancy in Nigeria by Helon Habila. It has in-depth reporting on the kidnappings, and intimate access to the families of the girls who were abducted.

“My own definition of a feminist is a man or a woman who says, yes, there’s a problem with gender as it is today and we must fix it, we must do better. All of us, women and men, must do better.”  (from We Should All Be Feminists)

For more books by and about Nigerians, check out this article about Cassava Republic Press, a publishing house located in Nigeria.