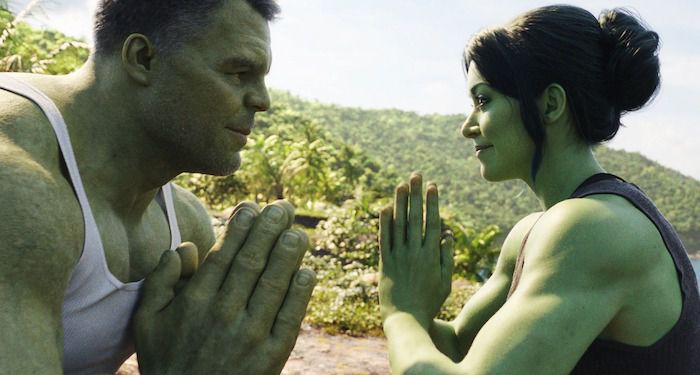 Oh, I know there is going to be a backlash about this, and I welcome it. There are a whole bunch of comic book nerds out there who grind their teeth every time some superhero receives a genderswap or female counterpart. It’s kind of hilarious if it wasn’t done in such a derivative manner. Jennifer Walters really nailed it when she highlighted how bad most female superhero names are. We don’t need our gender to identify us, yet here we are with a list of superhero names starting with She and Lady or ending with Girl. Seriously, folks? The only thing that makes any of this bearable is watching when female superheroes do it so much better than their male counterparts. That happens more often than you think. And it is so so sweet when the fanboys are all twisted up about it. Because, honestly, this is the least we can expect for female representation in comics.

Don’t even get me started about the representation of other minorities in the superhero community. The Black Electricity Trope is real, and not every Asian superhero knows Kung Fu. However, I’m talking today from the experience of women.

She Did It Better. And You Know It.

Let’s start with the obvious and most recent live-action portrayal. She-Hulk wins, no contest. To be fair, most of this was covered in Episode 1 of She-Hulk: Attorney at Law. Anything I add would be superfluous, a waste of time, and disrespectful to due process.

Fine. Hulk is stronger, but that’s about it. She-Hulk has greater control over her transition and her strength, a deeper understanding of her abilities, is a skilled fighter in either form, is also super intelligent in law rather than science, AND is smart enough to realise there is a 4th-wall to smash. I rest my case.

Yes, this is definitely true. Never mind the fact that Supergirl was sent to Earth specifically to take care of her then-younger cousin, Supergirl also had the benefit of some Krypton education before leaving in her pod. We’ve seen her punch harder than him (CW series Supergirl), fight longer than him (animated series Superman/Batman: Apocalypse), and outsmart the geniuses (Elseworld’s Finest: Supergirl & Batgirl by Barbara Kesel, Matt Haley, and Tom Simmons). Supergirl also showed she is stronger than him in her constitution — and that’s a really big task. In JLA: Act of God by Doug Moench and Dave Ross, every superhero lost all of their powers. However, while Superman is haunted by his loss and wallows in his grief, Supergirl joins the police force, trains with Batman and sets up a recovery group for fallen heroes. She gets on with the job.

Does anyone even remember the original Mar-Vell in the comics? Thanks to MCU, we are all familiar with Carol Danvers as Captain Marvel. However, there have been at least seven different characters with the name Captain Marvel (fellow Book Rioter Eileen has a handy guide on the Marvels here). Carol Danvers is the most recent. She was previously known for many years as Ms Marvel, the female sidekick of the original Captain Mar-Vell, a warrior who defected from the Kree Empire to help protect Earth. Carol gained her powers after she was caught in an explosion with Mar-Vell, and her DNA fused with his, making her a human-Kree hybrid. As Ms Marvel, Carol gained the same strength as Mar-Vell, as well as the ability to harness any energy thrown at her. She is essentially invulnerable, can fly, and has the tactical and military expertise to manage all of this. Hands down, she did it better.

While I am a complete fangirl for Barbara Gordon, I will easily admit Kate Kane/Batwoman is the better choice for this comparison, AND she is better than Batman. Bruce does tend to like his “wonderful toys.” Although she has access to the same toys at the Batcave, Kate does not rely on them to get the job done. In fact, she frequently fights without them. Kate is a soldier, first and foremost. She trained at the elite West Point military academy, excelling at hand-to-hand combat and military strategy. Kate is as smart as Bruce, and she is not weighed down by the same emotional baggage as him, despite experiencing her fair share of trauma (can anyone say, “Martha?”). Given the circumstances, Gotham should be more than happy with Kate watching over.

Thanks to fellow Book Rioter Jessica, I learnt that Spider-Woman was created because Stan Lee wanted to ensure the copyright of the name before DC did. That’s high-level petty, which unfortunately fits the whole vibe of female superhero counterparts. And, like many others, Jessica Drew was given the opportunity to show how She Did It Better. Jess gained her powers from irradiated spider blood, spider-infused laser during gestation, and the general interference of scientist parents. Marvel creators were not kind to Jess, jumping between femme fatale and super spy depending on their mood. The thing is, her abilities were always underestimated because she was a woman. Given that most of her powers are not really spider-related, Jess’s true strength comes from her training and her resilience (she’s been through a lot). Jess is also far more disciplined than Peter, who can be easily distracted and depends rather heavily on his “Spidey-sense.” She is just as smart as Peter, strong and flexible, with venom blasts and the ability to fly. On the rare occasions they face off against each other, Pete knows he’s the underdog.

Lady Bullseye didn’t gain any real recognition until her surprise inclusion in Hulu’s animated series, Hit Monkey. And to be fair, the only reason they had Lady Bullseye is that Marvel said no to using Bullseye while they were still in consideration for any future Daredevil productions. Initially, this is the perfect example of derivative female counterparts. Lady Bullseye was inspired to become a trained assassin after watching the original Bullseye in action when saving her (similar to Hawkeye/Hawk-Guy). Despite some pretty major discrepancies between the two (including the strips of adamantium supporting Bullseye’s skeleton), Lady Bullseye is faster, more accurate, and more efficient than her male counterpart. She is also bigger in the brain department, having outsmarted Matt Murdock/Daredevil in both the courtroom AND the battlefield with her suppressed scent and heart rate. If the Marvel writing team want to build an ultimate villain team for the upcoming Daredevil series, they should definitely consider Lady Bullseye over Bullseye.

The “White Tiger” identity is one of those rare occasions where we can evenly compare each of the characters, male and female. The ability to transform into the superhuman White Tiger comes from the power of the Jade Tiger amulets. So, really, any comparison comes down to how well the individual has learned to master the amulets.

The first White Tiger was Hector Ayala, who was pretty damn awesome in his fight against corporation crime cartels. However, he became addicted to the power of the tiger amulets and was forced to retire. He was later wrongly accused of murder and was killed trying to escape, shortly before his lawyer Matt Murdock found the evidence to prove his innocence. The Jade Tiger amulets were handed down to Hector’s niece Angela Del Toro, who trained with Daredevil to understand the powers better. Unfortunately, she, too, succumbed to mind control and was relieved of duty. So far, that seems like a fair balance between the male and female counterparts.

Enter Ava Ayala, Hector’s sister and Angela’s aunt. She inherited the amulets from her niece, taking on superhuman endurance and martial arts skills. In the beginning, Ava promises to honour the family legacy and the responsibilities of the White Tiger. But it is not long after she has the opportunity to avenge her parents’ death, upsetting the Tiger Gods and ostracising the survivors in her family. It all leads to a massive fight between Angela and Ava, resulting in the Tiger Gods merging the amulets and abandoning both women. This is the moment where Ava proves she can do it better. Because Ava doesn’t retire, nor does she give into the toxic nature of the amulets. Instead, Ava renews her family legacy to defend the helpless and continue fighting the good fight.

Yes, some names are missing from this list, mainly because we have already addressed them. For example, we already know Hawkeye is better than Hawk-Guy, and she is way too good for the Avengers. We also know Jane Foster is the best Thor; do not call her Lady Thor. And if you’re thinking about Wolverine-Logan vs. Wolverine-Laura, forget it. Honey Badger is the true winner.

In the meantime, She-Hulk has been renewed for Season 2. That’s plenty of reason to celebrate. Why?

Because She Did It Better.