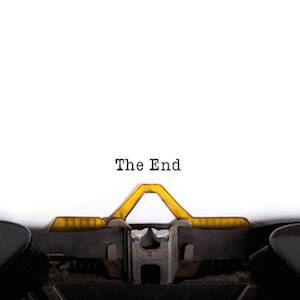 I can’t tell you how many times I’ve overheard someone say: “You is kind. You is smart. You is important,” usually as a sort of inside joke. It’s a popular quote from Kathryn Stockett’s first bestselling novel The Help, about African American maids working in White households in the 1960s. While the book was a hit with audiences around the world, it received a fair share of criticism–not for its writing, but for the one doing the writing.

Many people, including other authors, did not take well to the novel’s depiction of African Americans. Terry McMillan, the author of bestsellers including How Stella Got Her Groove Back and Waiting to Exhale, called out the fellow bestseller on Twitter regarding its upcoming film release in 2012:

That may be true. But what about writing diversely? Isn’t that what we want—to present varied, multicultural perspectives to audiences? Of course! Still–how are we supposed to feel when White authors write historically African American stories?

Maybe it’s the disparity—between author and audience, between storyteller and story—that’s troubling in this case. In another recent example, bookstores in LA were under siege for presenting a book talk with the two writers behind the popular blog Thug Kitchen. Their work focuses on healthy, mostly-vegan recipes written with all sorts of slang and NSFW language.

Why the big to-do? Thug Kitchen’s writers are White, a fact that they didn’t disclose until their book release last year. Many readers were shocked and suddenly offended…I even remember feeling let down. Thug Kitchen seemed to carry such greater meaning to me when it was powered by African American writers, arguing for fresh, whole-food recipes and an end to canned cranberry sauce.

Why have writers like Stockett and the Thug Kitchen duo faced so much judgment while telling their stories? Could the same question be posed to any of the African Americans writing popular “White” TV shows or Top 40 pop hits? Was Matt Damon right about his diversity comments on Project Grenlight? Should we just worry about diversity in front of the screen (or inside the pages) and not behind the camera (ahem, pen)?

The problem that the African American community has with writers like Stockett and Thug Kitchen is not the fact that they are White. Rather, it’s the fact that their controversial writing assumes a perspective that they have not—could not, by the simple nature of their birth—experience. If not handled properly, the work can be offensive. ABC news shared in 2011 that the longtime real-life maid of Kathryn Stockett’s brother, named Ablene Cooper, was so offended by The Help that she sued Stockett for $75,000, citing her portrayal of maids—like herself–during that time in Mississippi as “humiliating.”

Now, no person should be made to feel that they can only write about people of their own skin color, in my opinion. How could my fantasy Elfin husband Legolas exist without a little imagination? And of course writers, readers, and general human populations everywhere crave diversity in their media. Still, a writer must consider the implications they make when releasing their words to an audience.

If writers of all races stick to believable stories about believable people, and steer clear of caricatures and stereotypes, I think everyone could be happy. Otherwise, perhaps fiction authors should put on their journalist hat when preparing to write in another culture’s voice. If there’s something you’re worried might be a cliché, it never hurts to ask. That’s why God gave us Google.

Now can some please, please, explain this to Matt Damon? I know he’s apologized, but still.