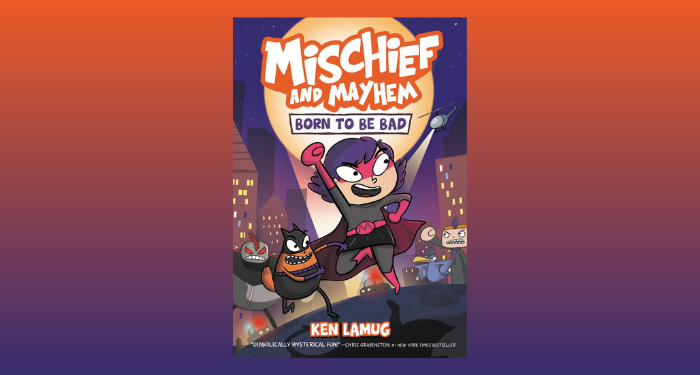 Mischief and her side-cat Mayhem are your respectably heinous villains. They’ll spoil new movies, steal cake from parties they weren’t invited to, and hit the good citizens where it’ll dirty them most—their toilet paper. But before they were supervillains, they were just Missy and Gizmo, fresh recruits at superhero boot camp. Except Missy lied on her hero application and has exactly zero superpowers, just her brainpower. Humiliated when caught, only one fellow recruit is willing to stand by her—Melvira. But unbeknownst to others, Melvira has her own villainous agenda. Can Missy face the friend who was once her defender?