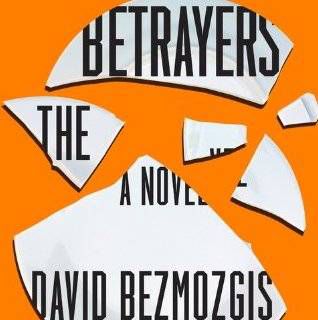 This week’s featured book trailer is for The Betrayers by David Bezmozgis. Check it out!

These incandescent pages give us one momentous day in the life of Baruch Kotler, a disgraced Israeli politician. When he refuses to back down from a contrary but principled stand regarding the West Bank settlements, his political opponents expose his affair with a mistress decades his junior. He and the fierce young Leora flee the scandal for Yalta, where, in an unexpected turn of events, he comes face-to-face with the former friend who denounced him to the KGB almost 40 years earlier.

In a mere 24 hours, Kotler must face the ultimate reckoning, both with those who have betrayed him and with those whom he has betrayed, including a teenage daughter, a son facing his own ethical dilemmas in the Israeli army, and the wife who stood by his side through so much.

In prose that is elegant, sly, precise, and devastating, David Bezmozgis has rendered a story for the ages, an inquest into the nature of fate and consequence, love and forgiveness.