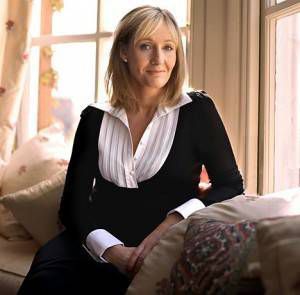 So, like the end of a Scooby Doo cartoon, debut detective novelist Robert Galbraith has been unmasked as none other than J.K. Rowling. And she would have gotten away with it if it hadn’t been for those pesky journalists.

It’s not the first time Rowling has played with her identity. Before the first Harry Potter book was published, she was advised not to use her proper first name, Joanne. Kids, apparently, wouldn’t read a book written by a woman. Ain’t that right, Enid Blyton and Beatrix Potter? Initials were deemed the child-friendly way forward. And lo, J.K. Rowling was born. I just hope she gets called Jo at home.

Her new nom de plume is more playful than that initial, fearful switch. And it taps into the rich history of why people use them. If anything, Robert Galbraith has helped get that initialled monkey off her back. “It has been wonderful to publish without hype or expectation, and pure pleasure to get feedback under a different name,” she said.

So here, in no particular order, are other reasons why well-known authors have run for the cover of a pen name: 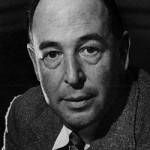 In 1960 Joy Davidman, C.S. Lewis’ wife, died from bone cancer. In the months that followed Lewis tried to write his way through his sorrow. He filled four notebooks of thoughts, feelings, reflections and rage. The result was A Grief Observed, published in 1961 under the pseudonym N.W. Clerk. The initials stand for ‘nat whilk,’ Anglo Saxon shorthand for ‘I know not whom.’ Lewis did not want it to be associated with him. Perhaps he knew his fans would struggle to reconcile his anger towards God and theological questioning with his previous Christian work. Ironically some friends suggested he read A Grief Observed to help him through his loss. It was never published under his own name during his lifetime.

In 1951, science-fiction legend Isaac Asimov was asked to write a series of space epics for kids. The big idea was that these pulpy novels would form the basis of a TV series. Having been unimpressed by the sci-fi spectacles on American TV, Asimov was lukewarm about the idea. That’s when Paul French came to the rescue. Asimov wrote six Lucky Star books as French during the 1950s. When the TV series never materialised Asimov relaxed. His three laws of robotics even started to appear in the Lucky Star books, a link that only the most precocious of 12 year-olds would have got. 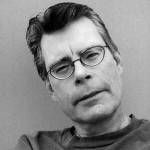 In 1977, Stephen King was already a phenomenon. But his self-doubt was as hard to bury as Carrie. Was his success a fluke or did he have real talent? Did people buy his books out of love for his prose or as a Pavlovian response to his name? To test this, he invented Richard Bachman. Between 1977 and 1982 he published four books under his nom de plume. They sold well, but not to King standards. He was working on his fifth when a Washington DC bookstore clerk noticed the similarities between King’s and Bachman’s writing. A bit of recreational snooping later and King was outed. Bachman died of ‘cancer of the pseudonym.’ King finished the fifth book as himself. Fittingly for Bachman, a name born out of exploring the relationship between an author and his readers, that book was Misery. 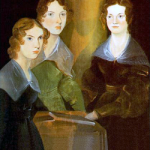 In May 1846 the Bronte sisters published a collection of their poetry. This was before Jane Eyre, Wuthering Heights, or The Tenant of Wildfell Hall. And so, to bypass a sexist stonewalling by the Victorian publishing establishment they announced themselves to the world as Currer, Ellis, and Acton Bell. The names were as deliberately androgynous as 1970s David Bowie, because according to Charlotte, “as authoresses are liable to be looked on with prejudice.” The collection sold only two copies. Public indifference trumped institutionalised chauvinism, so the ladies reverted to their own names. And that, dear reader, is why Bronte, not Bell, is a byword for wind-blasted gothic romance. 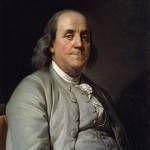 Before his days of torturing keys and founding the United States, the teenage Benjamin Franklin worked with his older brother, James, printing The New England Courant in Boston. As one of history’s most celebrated polymaths, pressing hot metal onto paper wasn’t enough for Franklin. He wanted to write too. But his brother refused to publish anything he wrote. Incensed he took the most natural course of action for a 16-year-old boy to do: he became Mrs Silence Dogood, a middle-aged widow with a name Dickens would be proud of. Mrs Dogood’s satirical letters were printed in the paper. They were a massive hit. Proposals of marriage flooded in.  Franklin wrote 14 letters in all before James found out. He had to escape to Philadelphia to escape his brother’s wrath. Whether he was in drag or not is subject to scholarly debate.

To speak about yourself in the third person without sounding like a despot or deluded pop star (J.K. Rowling) 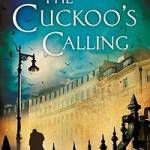 Back to Ms Rowling: “To those who have asked for a sequel, Robert [Galbraith] fully intends to keep writing the series, although he will probably continue to turn down personal appearances.” That doesn’t sound too North Korean dictat-y, does it?