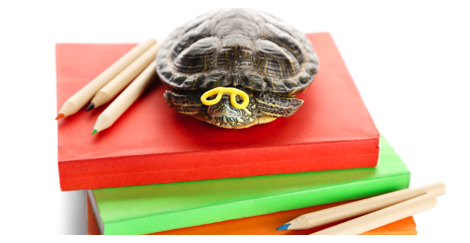 Animals are great, at least I think so. This is a list of four of my favourite books about animals – okay one of them isn’t a book, but it’s a fascinating read nevertheless.

They are individual and idiosyncratic responses, each a different type of journey: a literary and cultural adventure; an experiment in other ways of being; a therapeutic examination of self; and a scientific exploration of the deep. Reading these works will help you grasp at the connections we share with other forms of life, and acknowledge what separates us.

Leviathan, or The Whale by Philip Hoare 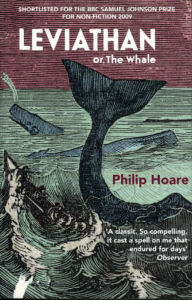 The thing that remains with me after reading Hoare’s Leviathan, or The Whale is his passion for the subject. The book is a meditation on Melville’s famous tale of the maniacal monopode mariner, used as a means of exploring our knowledge of and relationship with whales. In a sense, it is Hoare’s own obsession with cetaceans that drives the book, chasing them through human history and literature. Leviathan is illustrated with biological detail and embellished with Hoare’s insights and experiences. It is both an expansive and highly personal book, elegiac and fascinating.

Once you’ve read Leviathan, check out Hoare’s Moby Dick Big Read event where each chapter was read by a different person, including Stephen Fry, Tilda Swinton and Benedict Cumberbatch. It’s available for free as a podcast.

Being a Beast by Charles Foster 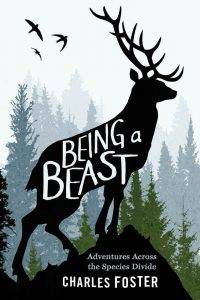 Being a Beast by Charles Foster

In summary, Foster’s book sounds more than a little odd: a man attempts to live as a Badger, Otter, Fox, Red Dear and Swift. His experiences range from sublime moments, such as when he surfaces into the vast bustle of a mass crane fly hatching, to more prosaic concerns surrounding food and shelter – the description of sampling earthworms is stomach churningly captivating!

Foster writes from a place of wonder for wildlife and of sorrow for what we might have lost in our urban societies. Some may find his experiments frivolous, his imaginative leaps fanciful, but Foster backs these up with detailed biological information and fact. He is an experienced and well respected vet, academic and barrister, and there are levels of expertise that reinforce what might otherwise be seen as foolish. The book is rich and rewarding for those interested in how animals conceptualise their environment.

Foster is a brilliant writer and the book is littered with some of the most beautifully observed nature writing I have read. I would happily read any fiction Foster produced. A particular favourite line was: ‘when there is sun, the bottom of the river is a mosaic of smashed faces, all cackling at each other in a cubist hell.’ 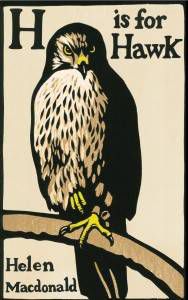 What list of contemporary writing about animals would be complete without mention of Helen Macdonald’s H is for Hawk, winner of the Samuel Johnson (now Baillie Gifford) Prize for non-fiction.

An experienced falconer, Macdonald recounts the experience of ‘manning’ a Goshawk in the wake of the death of her father. These birds are notoriously difficult to manage and a lot of the book contrasts Macdonald’s struggles with that of T.H. White – an earlier would-be austringer (goshawk keeper) battling his own personal demons. The raising of the bird becomes a coping mechanism for Macdonald as she addresses her loss and grief.

The book is a powerfully told narrative of the relationship between humans and the wild. While Macdonald’s treatment of Mabel, her Goshawk, is built on admiration and compassion, for me the book raised important questions as to whether we should do something, just because we can?

‘An obscure shame grips me… No one had ever told me goshawks played. It was not in the books. I had not imagined it was possible. I wondered if it was because no one had ever played with them. The thought made me terribly sad.’ 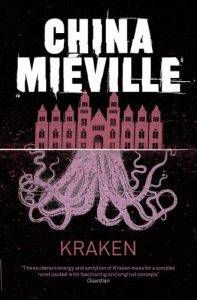 Like giant squids? Check out Kraken by China Miéville

I have an obsession with giant squids and was amazed when I came across this research paper. Growing up with pop culture images of great krakens and enormous sea monsters, I had no idea that no one had ever recorded a giant squid in its natural environment until a little over 10 years ago!

Okay, so it’s not a book, but it is very readable and highlights the accessibility of research. (I found this by searching for ‘Giant Squid’ on Google Scholar!) It also gives an insight into the work being done by biologists ­– which often informs more mainstream nature writing.

Personally, I think it’s incredible how little we know about these creatures and what these biologists are beginning to piece together. For example, rather than previous assumptions of the giant squid as a sluggish mover, the footage taken by Kubodera and Mori suggest a much more active and aggressive predator – terrifying, but amazing!

I’ll leave you with one final detail: the team recovered a severed tentacle which, ‘was still functioning, with the large suckers…repeatedly gripping the boat deck and any offered fingers’!

In a culture obsessed with cats and dogs, we are increasingly pushing other animals further from the centre of our lives, and past the fringes of their own. Reading about animals provides knowledge and understanding that can become the first step towards preservation of our world’s ecological diversity.

I hope you enjoy reading these books. Let me know about your favourite books about animals, too.