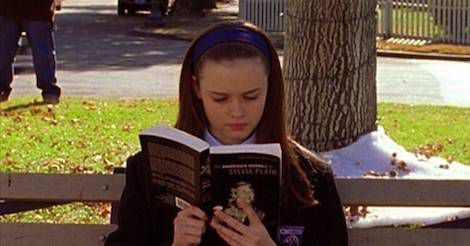 Reading has always been important to me for all the reasons: learning, escapism, comfort, grad school, hipness, what have you. I love it. I love characters who love it. I have always liked trying to figure out what books are on shelves in the background of TV and movie scenes, and I’ve been known to hit pause and try to decipher the title or at least the cover art of the book in someone’s hand.

I’ve been wanting to write a post about TV characters who read for quite a while now, but I haven’t been able to figure out how to spin it. Unfortunately for me, I didn’t come up with the brilliant Simpsons literary references idea. A list of characters who frequently read onscreen didn’t feel exactly right, nor did lamenting the lack of bookish characters in modern TV shows (mostly because I’m not very well-versed in modern TV shows).

So the post has become simply this: my three favorite TV readers, why I love them, and why (it seems to me) they read. 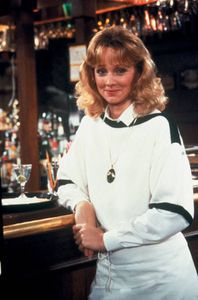 Diane Chambers
Diane from Cheers is something of a divisive character. The patrons at Cheers think she’s a snob, an airhead with an overabundance of book smarts and absolutely none left over for anything else, including social interaction. Diane fancies herself a professor, a poet, a counselor. She’s what would now be dubbed a professional student, with too many interests to pick just one and commit to it. That’s what I love about her. Diane reads to learn and to be enlightened. For me, there are some uncomfortable similarities, especially when her self-righteous tone starts to emerge as she quotes from one author or another.

Rory Gilmore
Pretty much everyone who knows of Rory Gilmore loves her. (Her helicopter mom, this former academic advisor has some words for, however.) She’s smart. She’s quippy. Her pop-culture knowledge knows no bounds. She’s also a little shy and introverted, which often seems to be conveyed on TV by making the shy, introverted character a reader. But for Rory, it’s more than a character trait. She wants all the knowledge, and she knows it resides in books. During a Harvard campus visit, she laments having only read around 300 of the seemingly limitless supply of books in one of the libraries. We see her reading Atonement, hear her reference Mencken’s Chrestomathy, and even witness her sniffing a Pushkin volume. Rory loves books, and we love her for it. 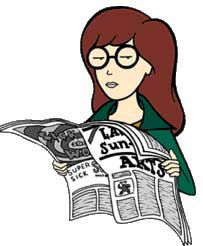 Daria Morgendorffer
Daria is a textbook ‘90s misanthrope, referred to as a “misery chick,” and far and away my favorite TV reader. But Daria is “not miserable. [She’s] just not like them.” Unlike her sister and most of her peers, Daria cares about what’s happening in the world outside Lawndale and especially the world outside Lawndale High. Her best quotes have become scripture to some angsty young women who would have been Daria’s peers, including this one. (My personal favorite: “I don’t have low self-esteem. I just have low esteem for everyone else.”) Daria often reads in her room, when she’s waiting on a friend, and whenever else she gets the chance. Reading helps her understand other people. It reminds her that the world is a big place and Lawndale’s just a tiny, crappy speck she’s not stuck in forever.