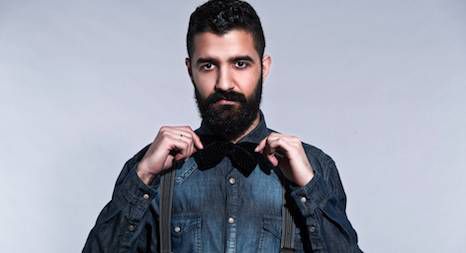 This post is sponsored by The Madness of Lord Ian MacKenzie by Jennifer Ashley, Master of the Highlands by Veronica Wolff, and Rising Fire by Terri Brisbin. 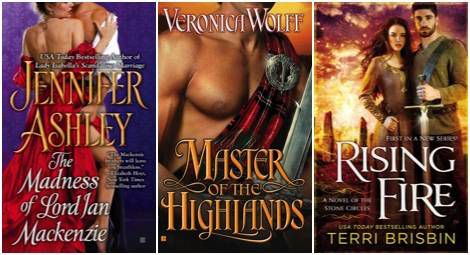 The Madness of Lord Ian MacKenzie

Not even an unsolved murder and family drama can keep the supposedly mad, but brilliant Lord Ian Mackenzie and the charming and daring Beth Ackerley apart. An addictive read that balances the sweet and the sexy.

Master of the Highlands

Travel back to seventeenth century Scotland, where a modern woman finds true love across the ocean—and across time.

While on a dangerous mission, Sir William de Brus meets Brienne—a village girl with the unworldly ability to manipulate fire, which obviously means things start heating up. Get it?

We asked you to tell us who your favorite heroes in romance were — the kinds of characters who make the story interesting — and you responded. Here’s the round-up. Any others missing? Share ’em in the comments!

Christopher from This Is All I Ask by Lynn Kurland

Cal from Bet Me

Simon in Wallbanger by Alice Clayton

John Moray of The Winter Sea by Susanna Kearsley

Temple from No Good Duke Goes Unpunished by Sarah MacLean

Robert Knight, Duke of Hawkescliffe from The Duke by Gaelen Foley

Percy Blakeney from The Scarlet Pimpernel

Alistair, the Duke of Avon from These Old Shades by Georgette Heyer

Gabriel Fairchild from Teresa Medeiros’s Yours Until Dawn

Sin from Born In Sin by Kinley MacGregor

Rix from Beneath These Lies by Meghan March

Alexander from “The Bronze Horseman” series

Wesley from The Princess Bride

Jericho Barons from the “Fever” series by Karen Marie Moning

Christopher “Seton” Stuart Saxton from A Rose in Winter by Kathleen E. Woodiwiss