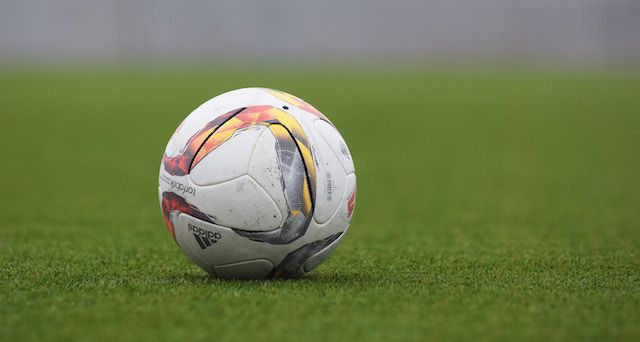 Rose Lavelle, now known for scoring the second goal in the final against the Netherlands, is notorious for her love of reading. Across her Twitter, Instagram, and in interviews, Lavelle mentions how much she enjoys reading J.K. Rowling’s Harry Potter series. For the 2019 SheBelieves Cup, Lavelle even selected Rowling as the hero whose name was splashed across the back of her jersey.

I’m Harry, Sonnett is Ron, and Sam is Hagrid

She explains further in an article on the U.S. Soccer site, saying, “I picked her because she is a genius, is very generous and has a cool story to tell. I had been on this vicious cycle of reading books 1–3 of Harry Potter every summer and then re-starting because I wanted to remember everything that I had read the previous summer, but now that I’m out of school I have finally been able to read it all the way through.”

Escaping to fictional worlds is one of defender Becky Sauerbrunn’s hobbies as well. From series such as His Dark Materials to Ready Player One, Sauerbrunn lists science fiction and fantasy as her favorite genres. The third-time member of the World Cup team even bonded with an elderly fan over her love of reading.

Following the fan’s passing, Sauerbrunn went to her Instagram to write touchingly about the impact reading had on both of their lives: “I just wanted to send my appreciation and affection for Ernie and our friendship into the ether with these words, like the words in the books that brought two unlikely people together, but that undoubtedly made my life richer for having shared them.”

Let me tell you a quick, sad, lovely story. When I was playing for FCKC I received a package from the front office. Inside was several books and a nice note penned by an older gentleman who had heard of my love of reading and who shared my passion for soccer. He had left a card so I phoned back to thank him for the books. If he was anything like me, giving away books is like giving a little piece of yourself. It’s meaningful. A friendship was struck. For years, our friendship consisted of packages of books, exchanging messages about soccer and family, and sharing brief conversations post game with him and his wife when they traveled to the games. Just yesterday I received a message from my friend’s son notifying me that his father had passed away while on vacation. There is no moral to this story. I just wanted to send my appreciation and affection for Ernie and our friendship into the ether with these words, like the words in the books that brought two unlikely people together, but that undoubtedly made my life richer for having shared them.

Beyond muggles and gleaming galaxies, poetry can be found on Megan Rapinoe and Jessica McDonald’s reading lists.

Rapinoe, a captain and forward for the USWNT, an activist, and the 2019 Golden Boot winner, chose to wear the name of poet Audre Lorde on the back of her jersey during this year’s SheBelieves Cup.

When asked about her choice, Rapinoe says, “Audre Lorde was unapologetically herself. She so beautifully and powerfully expressed all parts of herself and her experiences at once. She was a woman, a lesbian, a feminist, a person of color, a civil right activist and a poet. She understood so clearly that change does not come from playing by the existing set of rules.”

In a different way, McDonald finds strength in poetry as well. During games, McDonald plays as a forward; but 100% of the time she holds the position of mother to her 7-year-old son, Jeremiah. Amidst motherhood, injuries, and a challenging upbringing, poetry has served as a source of inspiration for this world-renowned athlete.

“If you’re always trying to be normal, you will never know how amazing you can be!” – Maya Angelou 💛

When revealing the name she wore on the back of her jersey for the 2019 SheBelieves Cup, McDonald shared she identified especially with the power of poet Maya Angelou: “I love her poetry, but I think it’s more so her words and how she uses them that captured my attention. Reading her quotes and her poetry has inspired me in a lot of ways, especially on a bad day. I can always go back to her poems.”

As these women celebrate their victory and continue to fight for equal pay across athletics, it’s so good to know that they are just as likely to be found celebrating a day off with a book of poetry or fighting over the last bookstore copy of a new sci-fi book.