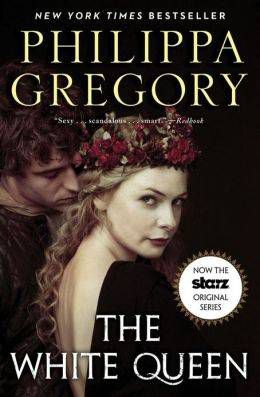 With Secret Wars finally coming to an end, we look at some of our favorite tie-in miniseries from that world-shattering, universe-altering event.

Silver Surfer: Last Days is the sort of story that could not exist but for Secret Wars. Having managed to escape the final destruction of the universe (due to an implied bootstrap paradox), the Silver Surfer and Dawn find themselves in the whiteness beyond time and space, where they are given the chance to reconstruct the universe by the Shaper of Worlds and his apprentices/slaves Glorian and Zee. But, while the Surfer and Dawn start with the best of intentions, they are quickly tempted to make some changes along the way. Silver Surfer: Last Days is simultaneously a compelling meditation on the futility of trying to change the past and a glorious coda to Slott and the Allreds’ first volume of Silver Surfer that revisits the ideas and worlds explored so far. Like many of the Secret Wars tie-ins, the ending is underexplained (a major plot point is explained with a note reading “To see how that happened, read Secret Wars #9!” and the back end of the bootstrap paradox that set the story in motion is never explored), but it almost doesn’t matter—watching the Surfer, Dawn, and Toomie interact with the universe(s) around them is just insane fun.

Are you tired of me talking about Infinity Gauntlet yet? TOO BAD, I will never stop. I confess that after the first round of #1s in Secret Wars, I stopped reading everything except for this one. It wasn’t because the others didn’t have awesome characters (they did) or interesting plotlines (they had that too) or awesome art and writing (seriously, such talent!), but the sheer overwhelm and overlap was too much for me. This was, I should also say, my first “comics event.” But Infinity Gauntlet felt like what I didn’t even know I wanted: a stand-alone story, with characters I could connect with without knowing years worth of backstory, and stakes that felt big but also distinct enough for a short run.

This is almost cheating, because these issues have very little to do with Battleworld and the larger Secret Wars plot, but when looking at everything that falls under the grand banner of this event, nothing affected me more than how Loki, his friends, and his enemies reacted to the end of their world. It’s a brilliant conclusion to five years of Young Loki excellence that began with Journey Into Mystery, continued through Young Avengers, and culminated here, in a series that found new depths of feeling in exploring Loki’s attempts at heroism and human connection. The finale was a gorgeous meditation on the futility of change in a medium where the status quo rules all, while still making what felt like a strong attempt to do something different and lasting. Time will tell if it holds, but if these just so happened to be Loki’s last days struggling towards the light, they were as beautiful an ending as we could ever ask for.

When dealing with these line-wide cross-over events, I tend to focus on the little oddball series that likely wouldn’t exist without the excuse of Secret Wars to launch it into existence. Thus, my pick has got to be Weirdworld, a dreamy little island in the middle of the turbulent seas of the multiverse. Ultimately a four-part mini-series set in some aspect of “Battleworld,” Weirdworld is a mash-up of all the darker horror and fantasy elements of the Marvel Universe. The series follows Arkon, a Conan-like character as he tries to navigate through this world in an attempt to find his lost home. The plot is straightforward, but Jason Aaron has a ton of fun with his cast — my personal favorite being a city of underwater apes. But the real treat with this book is artist Mike Del Mundo, who takes the insane concept and goes to town on it. I can only describe his art as a cross between Frank Frazetta and Bill Sienkiewicz (circa his Elektra: Assassin period). Weirdworld may be over, but I’ll be watching to see where Del Mundo shows up next.

I was a fan of the original Old Man Logan, a dystopian future heist story with nothing less than the fate of humankind at stake. It was fun to see beloved heroes (the ones that weren’t dead) rubbed raw by the sheer unforgiving nature of their near-future wasteland. This story sort-of continues where the last one left off, with Logan a tough old loner traveling through the wasteland trying to make things right. Only here, Logan crosses the wrong set of somebodies and ends up taking a whole bunch of trips to the multiple somewheres and somewhens of Doom’s Battleworld. It’s a fantastic ride, and one that I’m glad I jumped on.

Master of Kung-Fu is one of those books that took the basic concept of Secret Wars: Battleworld and ran with it. Haden Blackman imagines a Kung-Fu realm where Mutants, Inhumans, Atlanteans and more are all part of a larger school system, where each group has its own style, master and say in the political power of this realm. The book centers on Shang-Chi as he climbs his way out from disgrace and drunkeness to build his own school – with chief student Kitty Pryde – to challenge his father for the title of Emperor. The book evokes all the cool of a 70s Kung-Fu film while masterfully blending in elements of the Marvel universe in fun ways. The book culminates in a wonderful sequence where Shang-Chi battles through 13 school leaders to take on his father. It’s also just a beautiful, beautiful book with great sequences that layout the thousand year history of this realm or relate the “creation story” of Shang-Chi.

Really, Ali said it best—Thors is your favorite cop movie. The first issue starts out with a hilarious bang, with all the tropes you’d expect from a procedural cop show. But as the Thors uncover a series of grisly murders with one haunting thing in common, the story takes on unexpected depth. Jason Aaron always does great work, and Chris Sprouse’s art brings these different characters to life, and as a result this 4-issue series was a real gem.