This Riot Recommendation is sponsored by Gilded Cage, Book One in the Dark Gifts series. 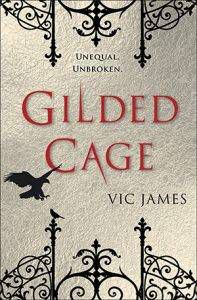 The world belongs to the Equals—aristocrats with magical gifts—and all commoners must serve them for ten years.

But behind the gates of England’s grandest estate lies a power that could break the world.

Our heroes are a brother and sister who are brought to serve Britain’s most powerful family. It’s upstairs-downstairs drama; beautiful and wicked aristocrats romancing rebellious commoners; and an epic of politics, passion, and revolution.

Go left at the statue, walk through the abandoned shop, then out the back door into the alley, and step into a world at once familiar and unrecognizable. Are you in Red London, Jordan College, or somewhere we’ve never heard of?

We asked you to share your favorite books set in magical versions of real places, and you responded. Here are 23 of your favorites!

Shades of Grey by Jasper Fforde

The Shades of Magic series by V.E. Schwab

War For the Oaks by Emma Bull