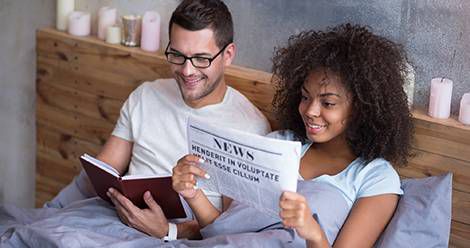 This Riot Recommendation is sponsored by Disrupted by Dan Lyons. 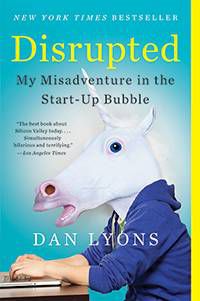 After being laid off from his longtime career as a Newsweek journalist, Dan Lyons decided it was time he joined those people who he’d spent so long writing about striking it rich in start-up land. What could possibly go wrong? In a word, everything. In his instant New York Times bestseller, Disrupted—which the Los Angeles Times calls the “best book about Silicon Valley today”—Lyons details his ‘misadventure’ within the bright orange, candy-lined walls of marketing software start-up HubSpot and, in doing so, offers a long overdue reality check on the “maddening world of start-up excess, hubris and groupthink.” (Mashable)

From Twitter threads to beard salons to portraits of the modern family, there’s no dearth of fodder for contemporary satire. We asked you to share your favorite books that satirize modern life, and you responded. Here are 20 of your favorites!

Break in Case of Emergency by Jessica Winter

The Nix by Nathan Hill

So Much for That by Lionel Shriver

My (Not So) Perfect Life by Sophie Kinsella

Today Will Be Different by Maria Semple

Life and Other Near-Death Experiences by Camille Pagán

The One-Eyed Man by Ron Currie