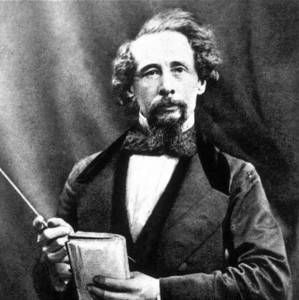 Book Riot was recently asked to recommend some awesome biographies of dead writers, and boy were we all over that. Here’s a list of our favorite literary biographies and why we loved them. Tell us about your favorites in the comments! 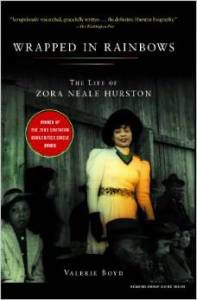 Wrapped in Rainbows: The Life of Zora Neale Hurston by Valerie Boyd (Scribner, 2003)

After Alice Walker’s initial rediscovery of Zora Neale Hurston, this is the definitive biography of the brilliant anthropologist, researcher, and writer. So much more than just (and I only use that word to give a sense of the depth of the woman) Their Eyes Were Watching God, her most famous work: Hurston’s life, until this bio, was very much like the myths and folklore she spun for our reading pleasure. She lived happily enough in childhood until her mother died and her father remarried, and then all bets were off. Hurston pretty much spent the rest of her days stretching the truth about her age: younger than she was to reclaim an education in high school, and then Howard University and Barnard college during the Harlem Renaissance, where she developed her writing style, informed by the folksy Southern family she grew up with and fine-tuned by Renaissance gods like Langston Hughes and Fannie Hurst. She traveled the world, immersing herself in Hoodoo from Haiti to New Orleans, got married and divorced a few times, won the financial support of the Godmother to Harlem Renaissance black writers, and prolifically wrote about what she knew of the world. This bio is all encompassing, and when you’re done you’ll feel like you just went on a whirlwind tour, and really got to know, love, and appreciate Zora Neale Hurston.– Alison Peters 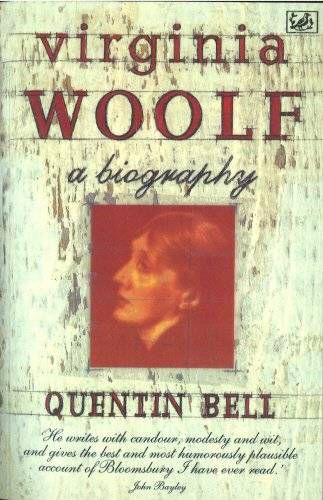 A bio of Woolf from her nephew, full of family gossip, insight into Bloomsbury (the group of intellectuals Woolf hung out with), and heavy samplings of Woolf’s letters and diaries. It’s not a perfect biography- Bell glosses over Woolf’s mental illness and romantic relationships other than her marriage- but if you’re more interested in her development as an artist and in the daily grind of what her life as a writer was like (understandably, since he’s family), this is a great book for that.– Amanda Nelson 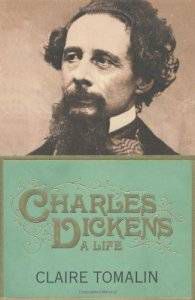 An impressively readable biography that will give you so much insight into what drove Dickens to write what he did. Tomalin successfully walks a fine line: she lets Dickens be the genius that he was, but she never lets him off the hook for being a jerk (and he was often a jerk). Hero worship in biographies of “great” men and women bothers me to no end, and there’s none of that here. If you know little to nothing about Dickens and just want an intro course, go here.– Amanda Nelson 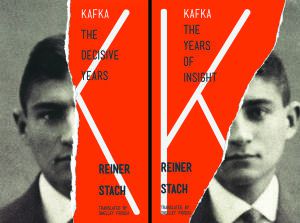 Reiner Stach knows Franz Kafka’s life and work inside-out, and when you’re done reading these two volumes, you will too. Stach’s biography is not only a chronicle and an in-depth psychological study of one of the most intriguing authors of the twentieth century, it is a historical chronicle of the dying moments of the Austro-Hungarian Empire and the first steps of the new nation of Czechoslovakia. What I also appreciate about Stach’s work is that he delves deep into an aspect of Kafka’s writings that is often overlooked; namely, the fact that Kafka was Jewish. Whenever I read anything about Kafka, the Author, I’m surprised by how many biographers simply skip the fact that Kafka was Jewish. Once you take that part of his identity into account, several of the most enigmatic aspects of his writings can be explained. I highly recommend Reiner Stach’s biography of Kafka, translated from German into beautiful English prose by Shelley Frisch. A third volume, chronicling Kafka’s childhood, is forthcoming.– EH Kern 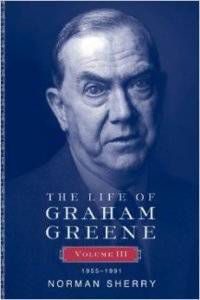 The Life of Graham Greene by Norman Sherry (Penguin, 1989)

This is not a small undertaking. It’s 3 massive volumes and I admit I still haven’t gotten to the third one. But Greene SO deserves it. You are only at the beginning of Volume I and already there is the kind of social conflict and bullying and depression in a British boys’ prep school that’s worthy of a novel of its own. He plays Russian Roulette a few times while still in his teens. Then he explores Africa! Like legitimately explores it and goes places people have never gone! And becomes a spy during wartime! And has religious struggles and moral quandaries and torrid affairs. Seriously, his life is possibly more exciting and intriguing than his books. And that’s saying a lot. It’s even making me want to finally pick up Volume 3 and go for it.– Jessica W. 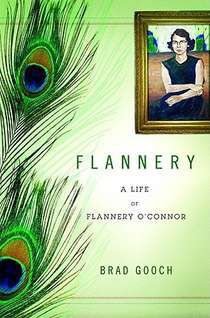 O’ Connor is a personal favorite, and this biography captures a great deal of what was both endearing and tragic about a woman who produced some of the most enduring and transformative fiction to emerge from the United States before her death from lupus at age 39. Gooch gives Flannery’s wit, faith, and guarded nature plenty of ink, and in doing so captures what continues to draw so many to her work. And the work – deservedly – remains central throughout. Her stories remained her focus even until the end, and it’s Gooch’s commitment to those stories and the soul that O’ Connor poured into them that makes Flannery such a great portrait of such a great writer.– Josh Corman 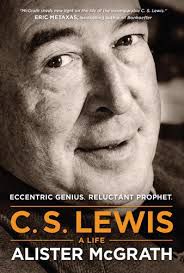 I love a well-organized biography. None of these five hundred page tomes divided into seven interminably long chapters that ramble on and on until you can’t see the page straight. McGrath’s biography is concise and fluid, with a table of contents so detailed it’s easy to reference the book later without even turning to the index. It hits on all the major points of Lewis’s life, from his childhood at Little Lea and experiences in the trenches of World War I to his marriage to Joy Davidman and subsequent decline and death. It’s thorough and extremely well-researched, and sheds a lot of light on one of the greatest writers of the twentieth century.- Kate Scott 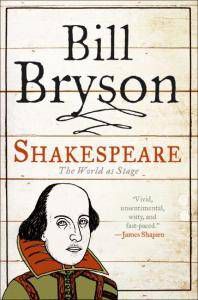 Shakespeare: The World As Stage by Bill Bryson (Harper Perennial, 2007)

I really like Bryson’s style and midwest sense of humor, but I think his not-exactly-a-biography-but-close-enough look at Shakespeare’s life is his best book. Despite all that we “know” about Shakespeare, there’s surprisingly little that’s actually known about who Shakespeare really was or about his life more broadly. This looks at the myths and legends we’ve created about Shakespeare, as well as the academic truths we can put on paper about him. I highly recommend picking up the revised, illustrated edition over the straight text version.– Kelly Jensen 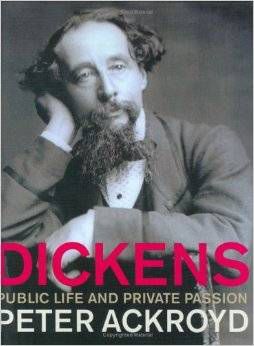 This is the mother of all Dickens biographies. There are other excellent ones (Can I recommend within a recommendation? Claire Tomalin’s biography of Dickens is spectacular. She is amazing.), but the joy of Ackroyd’s biography of Dickens, to me, is in the insane detail. By the time you’re done reading this, you wind up feeling you’ve lived with Dickens throughout his life. And you come away with a fascinating picture of England, America, and life in his time. I’ve read it twice, which is impressive considering it’s 1,150 pages long.– Peter Damien 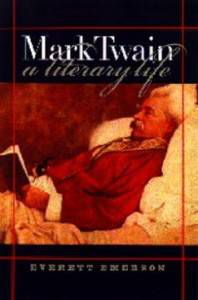 An excellent, if not exhaustive, biography of the life and work of Mark Twain, and a fascinating book which seems well aware of the complex nature of Twain, who was both funny and profoundly sad, blessed and beset by tragedy. One does not come away from this biography as an expert on Twain necessarily, but one does come off with a very clear idea of who the man was, and how he relates to the remarkable work he produced.– Peter Damien 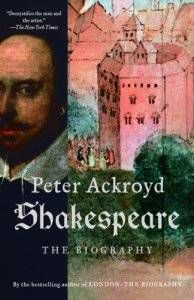 Two Ackroyd biographies is hardly a mistake, because he’s good at this. One refrain about Shakespeare is always how little we supposedly know about him…but actually, we know comparatively a lot about him, considering his time frame and considering what we know about his contemporaries. Shakespeare was a fascinating individual, not much like the character we see him as, in Doctor Who episodes and movies about him being in love. Very wonderful, and also exciting for showing me a world and time period I knew very little about.– Peter Damien 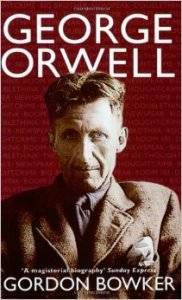 This was a comprehensive and fascinating look into Orwell’s life that ably wove discussion of his novels with the author’s life experiences.– Rachel C. 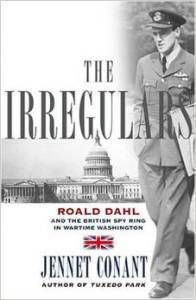 Having only known about Dahl from James and the Giant Peach, I was completely bowled over to find out that he had participated in a spy ring for Britain during World War II. Man had quite the interesting life. There’s also some great stuff here about Ian Fleming and other spies-turned-authors who worked with Dahl.– Rachel C. 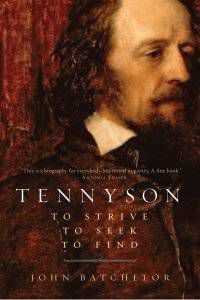 Tennyson: To Strive, To Seek, To Find by John Batchelor (Pegasus, 2013)

Having loved Tennyson for years, I was so excited to read this latest biography, and it doesn’t disappoint. Batchelor uses biographical, historical, and analytical detail to create a comprehensive picture of the great poet’s life and work. – Rachel C. 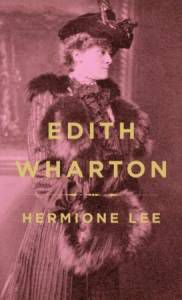 Leave it to Hermione Lee to reveal whole facets of Wharton’s life of which I had no clue, despite having spent years reading and writing about her. Wharton’s upbringing, friendships, marriage, and distinguished literary career are all covered here, including her love of Italy and architecture. – Rachel C. 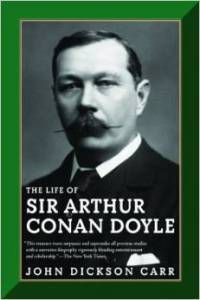 If you think that Doyle considered Sherlock Holmes to be his greatest accomplishment, think again. Doyle was most proud of his historical novels, as well as his writings about British history and war. A fascinating look at this prolific and talented writer. – Rachel C.

Editor’s note: If you ask most readers to list the authors of the established Western canon, that list probably isn’t going to be very diverse (there’s a reason my old blog about classics was called “Dead White Guys”). There is a noticeable dearth of biographies of authors of color both in what is available from publishers, and in the reading lives of those of us at Book Riot. Consider this note a small plea to publishers to produce more of these, and to commenters to recommend any you love to us. -Amanda Nelson, Managing Editor