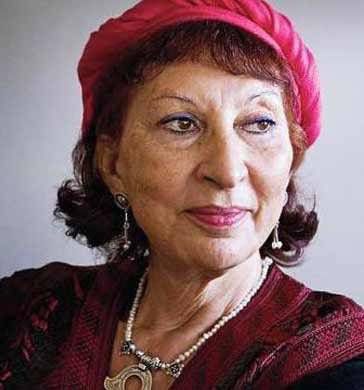 This is a guest post from Ausma Zehanat Khan. Ausma holds a Ph.D. in international human rights law. She is a former adjunct law professor and was editor in chief of Muslim Girl magazine, the first magazine targeted to young Muslim women. A British-born Canadian, Khan now lives in Colorado with her husband. The Language of Secrets is her second novel, following The Unquiet Dead. She is currently at work on her third mystery in the series. Follow her on Twitter @Ausmazehanat.

In honour of International Women’s Day, I’d like to write about the fascinating and prolific Moroccan scholar, Fatima Mernissi, who passed away in December 2015. Fatima’s life was rich in accomplishment: she was a sociologist, a feminist, and a writer of extraordinary grace, whose work I first encountered in my early twenties. I remember Fatima vividly, not only because I had the privilege of hearing her speak, but also because her books were a major influence on my life.

When I was an undergraduate, two books were all the rage in the circles I moved in: Fatima Mernissi’s Beyond the Veil, and her feminist tour de force, The Veil and the Male Elite. Fatima was a sociologist who examined the relationship between women and the Qur’an, women and men, and women and the caliphate, subjecting each to meticulous inquiry. Because she was a critic of the status quo, namely the entrenched idea that men were entitled to moral and religious superiority, her books sparked a great deal of debate—much of it hostile. When she came to speak at my campus, a delegation of young Canadian Muslims was sent to interrogate her point of view.

I was a member of that contingent, and of course I knew nothing about the exacting standards of scholarship, or the rigorous process by which Fatima had re-examined history and scripture. But I had read both her books and was eager to hear her speak. When I saw her in person—a vibrant, confident woman, very much at her ease, speaking with elegance and humor, I knew her talk was about to change my life.

Fatima was the first feminist scholar of Islam I encountered. She wrote from within the tradition, as a believer in the absolute equality of men and women. The Veil and the Male Elite was a ground-breaking work, a thorough and patient examination of the sources used to enforce the submission of Muslim women, where Fatima took arguments advanced by the religious patriarchy in favor of men’s superiority, and exposed them as outright fallacies. In the words of her obituary in The Guardian newspaper, “Fatima connected the degradation of woman to man, and man to the imam and the caliph.”

So much of Fatima’s work was about freedom of thought. the autonomy of the individual, and the right to interrogate tradition using reason and free will. Her knowledge of the Qur’an and the intellectual strength of her logic inspired generations of women, including myself. I fell in love with her sense of autonomy: I was always inside the Islamic tradition but now I could speak with authority and be heard. 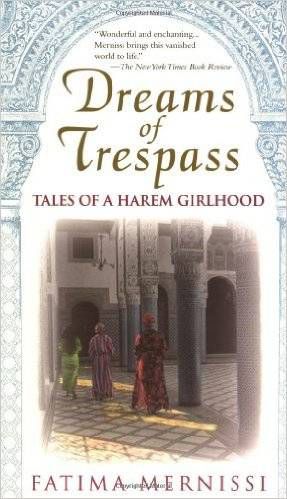 Soon after these encounters, I came across Fatima’s memoir: Dreams of Trespass: Tales of a Harem Girlhood. This is a wonderful, fictionalized account of Fatima’s early life growing up among the women of her family in Morocco. Through Dreams of Trespass, I came to realize how powerful a woman’s voice could be, and how much it matters to the telling of any history. Fatima wrote as a woman with agency. She had a keen eye for the boundaries of her society, and an even keener understanding of the rights granted to her by her religion, rights whose curtailment she refused to accept. Her stories weren’t stories of submission and failure: they conveyed a wealth of experience, a plurality of women’s voices, the utter necessity of the participation of women in building a just and hopeful society– antithetical to what we imagine the lives of Muslim women to be. There was so much beauty in her experience, it immediately connected me to the summers I had spent in Pakistan during my childhood. The space was less restricted, the boundaries less rigid, but I lived and played and worked among women, hearing their stories, sharing their circumstances, and discovering the myriad ways in which they exercised power, or were prohibited from doing so.

Fatima’s memoir was so lyrical, so effortlessly graceful, so intimately expressive, that it taught me to look at myself and the lives of all the Muslim women I knew with much greater consideration and empathy. It was my first experience of solidarity.

Fatima’s sparkling intellect will be missed but her powerful legacy lives on.