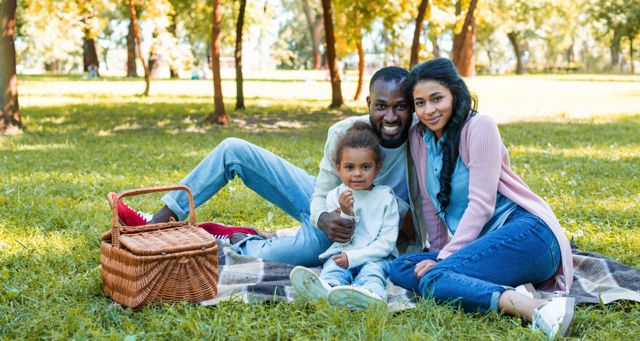 Celebrate the father figure in your life by reading these beautiful, inspirational, and thoughtful Father’s Day poems. Many poets reflect on their father’s wisdom and hard-working nature. Others share their anticipation as they contemplate becoming a dad, or their sense of wonder and confusion as they work out what that means. Poetry can also be a good medium through which to reflect on a difficult relationship (or lack of relationship) with a father. Finally, many poets immortalise their fathers by writing about a deceased parent who is deeply missed.

Whatever your situation this Father’s Day, take a moment to immerse yourself in the eloquent wisdom of the poets who have been there before you.

If you want some words to thank your dad this Father’s Day, let these poems inspire you. If your dad enjoys reading, considering pairing a thoughtful poem with a fabulously bookish gift! From across centuries and cultures, these poets share their feelings about the fathers they love and respect.

Anne Bradstreet, To Her Father with Some Verses

This one dates to the 17th century and begins:

Most truly honoured, and as truly dear,
If worth in me or ought I do appear,
Who can of right better demand the same
Than may your worthy self from whom it came?

Lawson Fusao Inada, My Father and Myself Facing the Sun

Inada describes fishing with his father, reflecting on the differences between them:

He is much the smooth, grass-brown slopes
reaching knee-high around you as you walk;
I am the cracks of cliffs and gullies,
pieces of secret deep in the back of the eye.

But he is still my father, and I his son.

Quincy Troupe, Poem for My Father

Afaa Michael Weaver, Washing the Car with My Father

Weaver discusses the way his relationship with his father developed over time, centred around the memory of washing their “twilight blue Chevrolet” together. He describes his father in conflicting terms: “poor and proud, tall and stout, a wise man.” This line is especially poignant:

he wipes a tear from the corner of his eye,
wraps it in a white handkerchief for church

Whether someone is in anticipation of becoming a father for the first time or is trying to work fatherhood out as they go along, it can be an overwhelming time. These poets share their experience of contemplating what it is to be a father or even whether they will ever play that role in someone’s life.

This poem describes a father’s time to himself when the rest of his family are sleeping. He dances naked in front of a mirror and admires his body as if holding onto his own personhood, however silly it is, in these rare moments of solitude.

Yehuda Amichai, A Child is Something Else Again

Yesterday, against admonishment,
my daughter balanced on the couch back,
fell and cut her mouth.

Because I saw it happen I knew
she was not hurt, and yet
a child’s blood so red
it stops a father’s heart.

Ross Gay, Poem to My Child, If Ever You Shall Be

A man reflects on his potential to create a new life and the child it might become. He ends by calling it:

little best of me.

Poems for Those Who Have a Difficult Relationship with a Father

Father’s Day can be a painful reminder of a father who wasn’t present physically or emotionally, or one who was unreliable or abusive. These poets have found words to describe that pain and frustration in their own lives.

Through his description of dreams he has about his father, Conradi explores his father’s lack of acceptance of him being trans.

When my dad told me

You will always be my daughter

Will I be allowed to come back to earth

and be your son?

Poems About Fathers Who Have Passed Away

Jessie B. Rittenhouse, My Father

Dylan Thomas, Do Not Go Gentle Into That Good Night

The famous poem about the death of the poet’s father, read by Dylan Thomas himself.

Deena Metzger, Silence for My Father

This haunting poem about the death of Metzger’s father begins:

Lee reflects on his father’s presence with him after death, concluding:

I buried my father in my heart.
Now he grows in me, my strange son,
my little root who won’t drink milk,
little pale foot sunk in unheard-of night,
little clock spring newly wet
in the fire, little grape, parent to the future
wine, a son the fruit of his own son,
little father I ransom with my life.