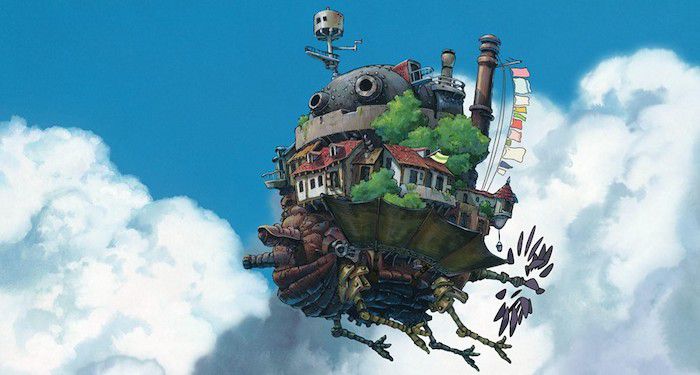 Worldbuilding is one of the most important parts of fantasy, and one of the best parts of worldbuilding is working out how the characters get from A to B. Fantasy transportation doesn’t just add texture to a story; it can be a crucial part of the plot, and can also reveal a lot about character. For example, we learn a new side to the Percy Jackson series’ Thalia Grace when, during a flying chariot ride, we discover that this bold daughter of Jupiter is afraid of heights. Ideally, fantasy transport does all three, as in Neverwhere, where the characters are tested as people and learn about themselves by travelling across Night’s Bridge or on the underground train of Earl’s Court.

What separates the good fantasy transportation from the bad? It’s totally subjective, of course, but personally, I think that the major factors are how imaginative the transport is, whether it elevates the story, and, rather selfishly, how much I’d enjoy travelling that way. Some forms of fantasy or speculative transportation score high on imagination points, but lose out because they sound uncomfortable, unsettling, or downright horrifying. (I would definitely be one of those Star Trek characters who believes that the transporter simply kills you and then 3D-prints an unwitting copy.) Based on this extremely sound criteria, here’s my list of the worst to best modes of fantasy transportation for speculative fiction readers to enjoy. 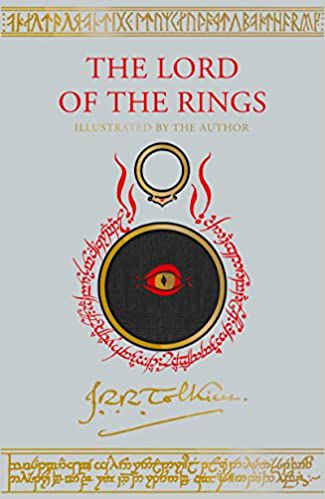 The Lord of the Rings by J. R. R. Tolkien, The Eagles

Don’t get me wrong — I love eagles, and I love the long-established fantasy trope of riding a giant flying beast (I’m still waiting for my Pern dragon). But the eagles of Lord of the Rings, as well as sparking an ongoing discussion that’s as overdone as “could Jack have fit on the door?” (no, their combined weight would have sunk it, don’t @ me), would be a terrible way to travel. Your cloak isn’t going to keep you warm at the height they fly, and a long trip at those altitudes — like the one you need to take to drop the One Ring into Mount Doom — would put you at massive risk of hypoxia. Plus, Middle Earth is not short of creatures that can attack you in mid-air — and the Ring’s magic won’t help you if you’re hurtling towards the ground at terminal velocity. I hate to say it, but Frodo was right to walk. 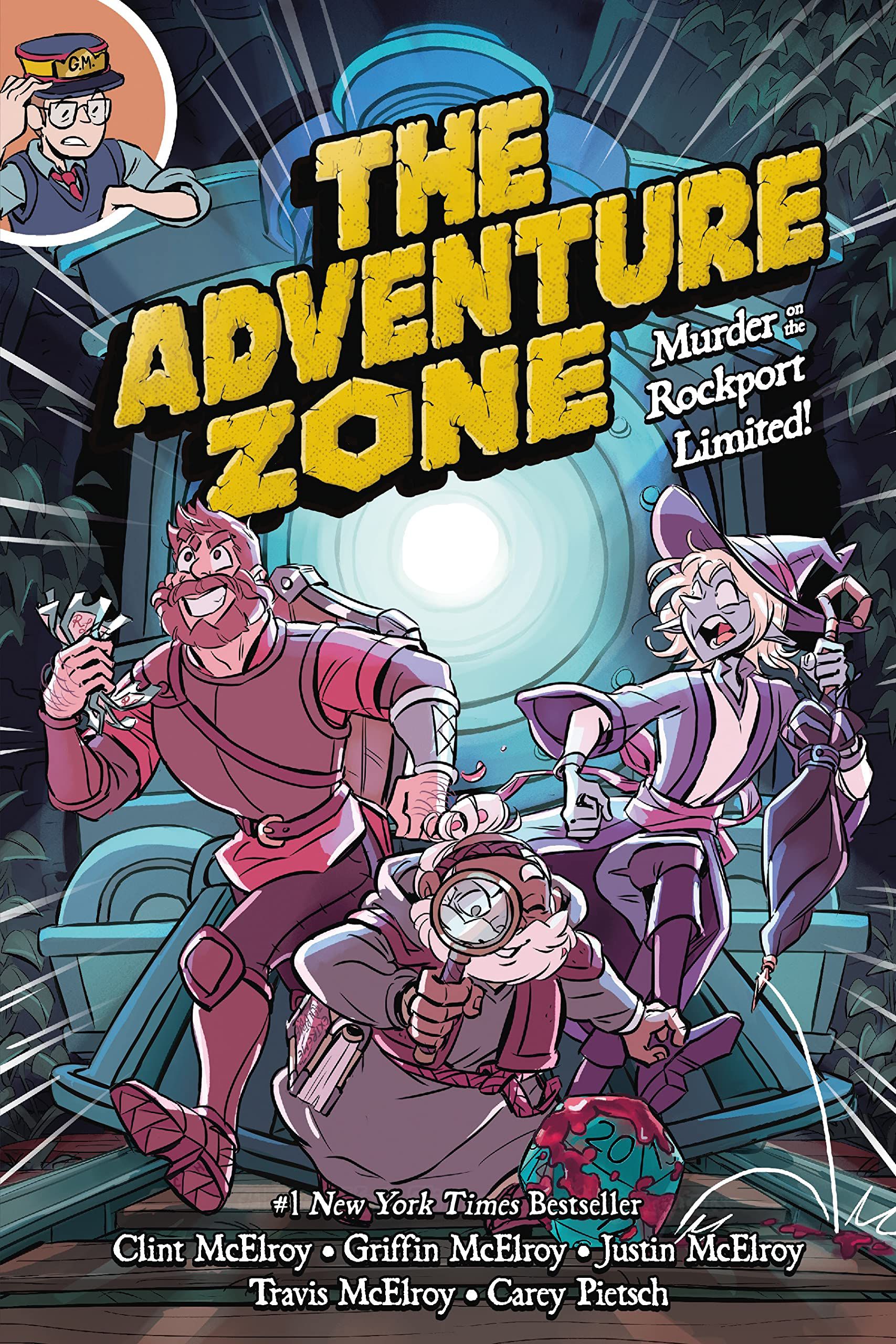 The Adventure Zone by the McElroys and Carey Pietsch, The Cannonball-Bubbles

Slightly safer than travel by eagle, the quest-beginning travel spheres used by the Bureau of Balance to send our three heroes on their adventures are high-tech, high-concept, and cut down a lot of travel time. Unfortunately, it’s established in canon that if you pull the brake at the wrong time, you’ll either land miles away from your intended destination — or you’ll crash and die. 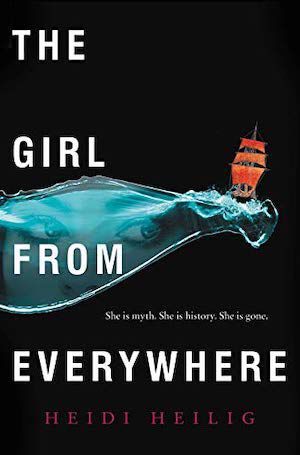 The Girl From Everywhere by Heidi Heilig, The Maps

In The Girl From Everywhere, Nix lives on her father’s sailing ship, travelling across the world — and into different times, and even legendary places, through maps. Being able to sail into a map and arrive at a completely different point in history is a brilliant hook for a fantasy story, and opens up a world of wonder to the characters — however, as Nix notes throughout the story, it comes with problems. Maps can only be used once, and the crew’s actions can change the timeline; throughout the story, Nix is constantly afraid that her father’s attempt to change history and save her mother from the illness that killed her will erase Nix herself from reality. While travelling by map sounds wonderful, the potential for unpleasant consequences and the risk of getting stuck stop it from being one of my favourite forms of fantasy transport. 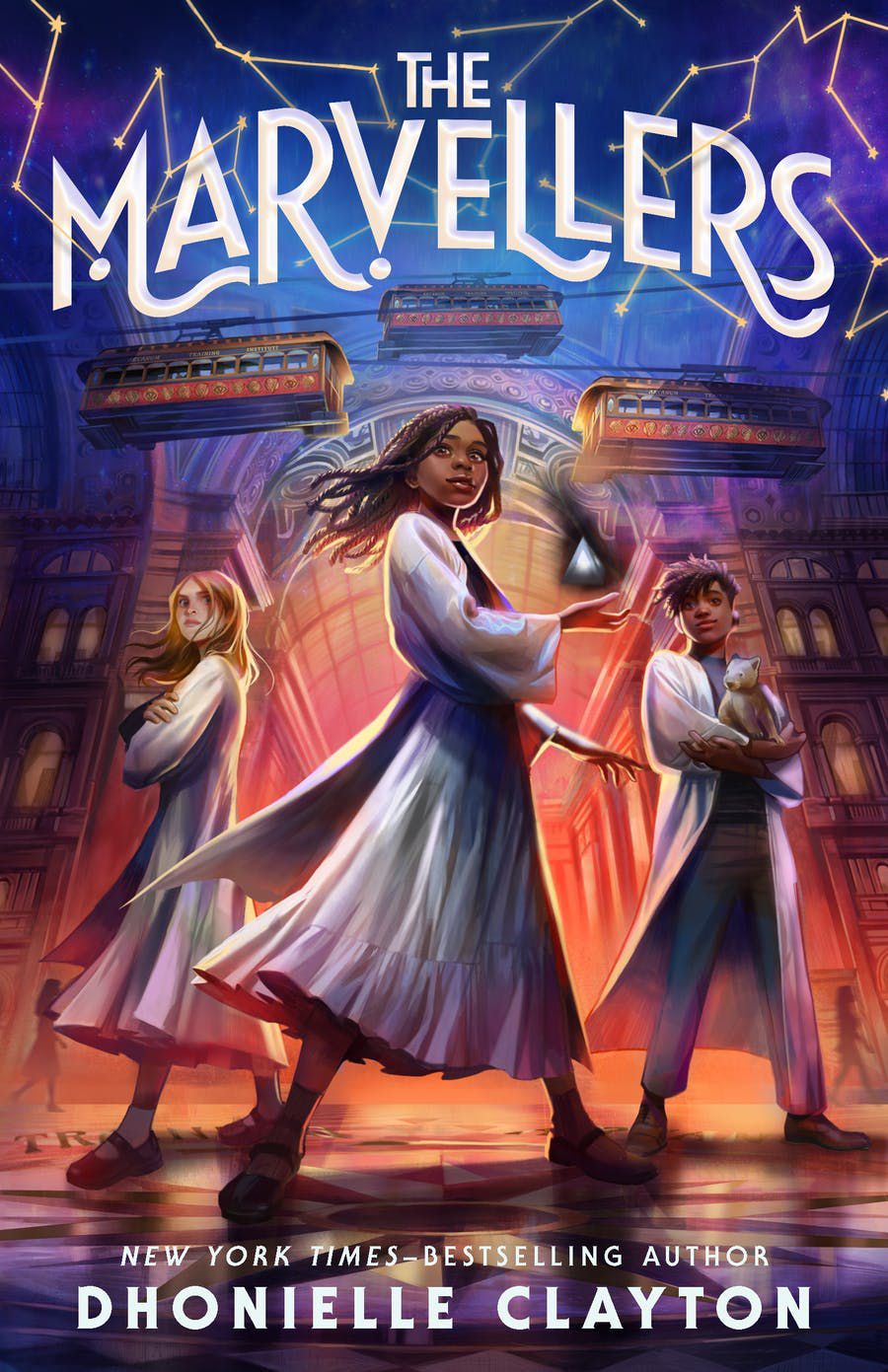 So far, I’ve been fairly cold on the subject of airborne travel, but the sky-ferries from Dhonielle Clayton’s brilliant middle grade fantasy are a cut above eagles and glass cannonballs. For one thing, they are much safer (although obviously, in a high-adventure fantasy world, nothing is completely safe). Leaving from the Starlight Docks, these airships are steampunk beauties made of gleaming brass, with luxurious fittings, powered by “stellacity” — Marveller-magic electricity. They’re comfortable and fully-catered, and riding on them gives you the best view you can imagine. The sky-ferries carry both Ella and the reader into the world of the Marvellers, setting the scene for this rich adventure story. 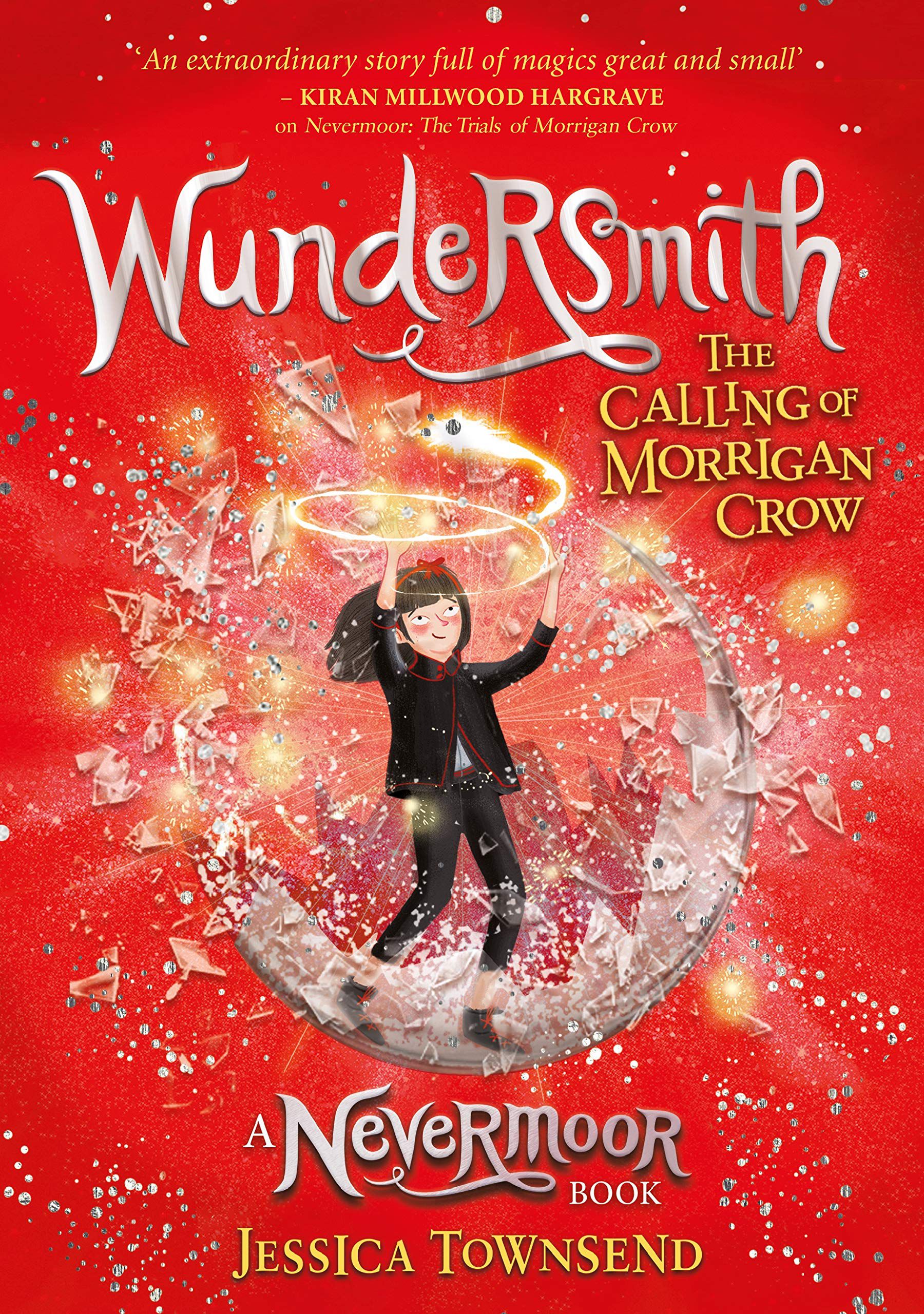 Wundersmith: The Calling of Morrigan Crow by Jessica Townsend, Hometrain

In the second installment in the Morrigan Crow series, Morrigan begins her studentship at the Wundrous Society, travelling from the magical hotel where she lives into the heart of this mysterious institution. To get there, Morrigan’s class have their own Wunderground train — a comfortable carriage full of soft furnishings, blankets, nooks for reading, and an endless supply of snacks. As well as the convenience of having a commute that you can access through the back of your wardrobe. I love the setup of Hometrain as a kind of clubhouse for the group of mismatched students who eventually become fast friends. 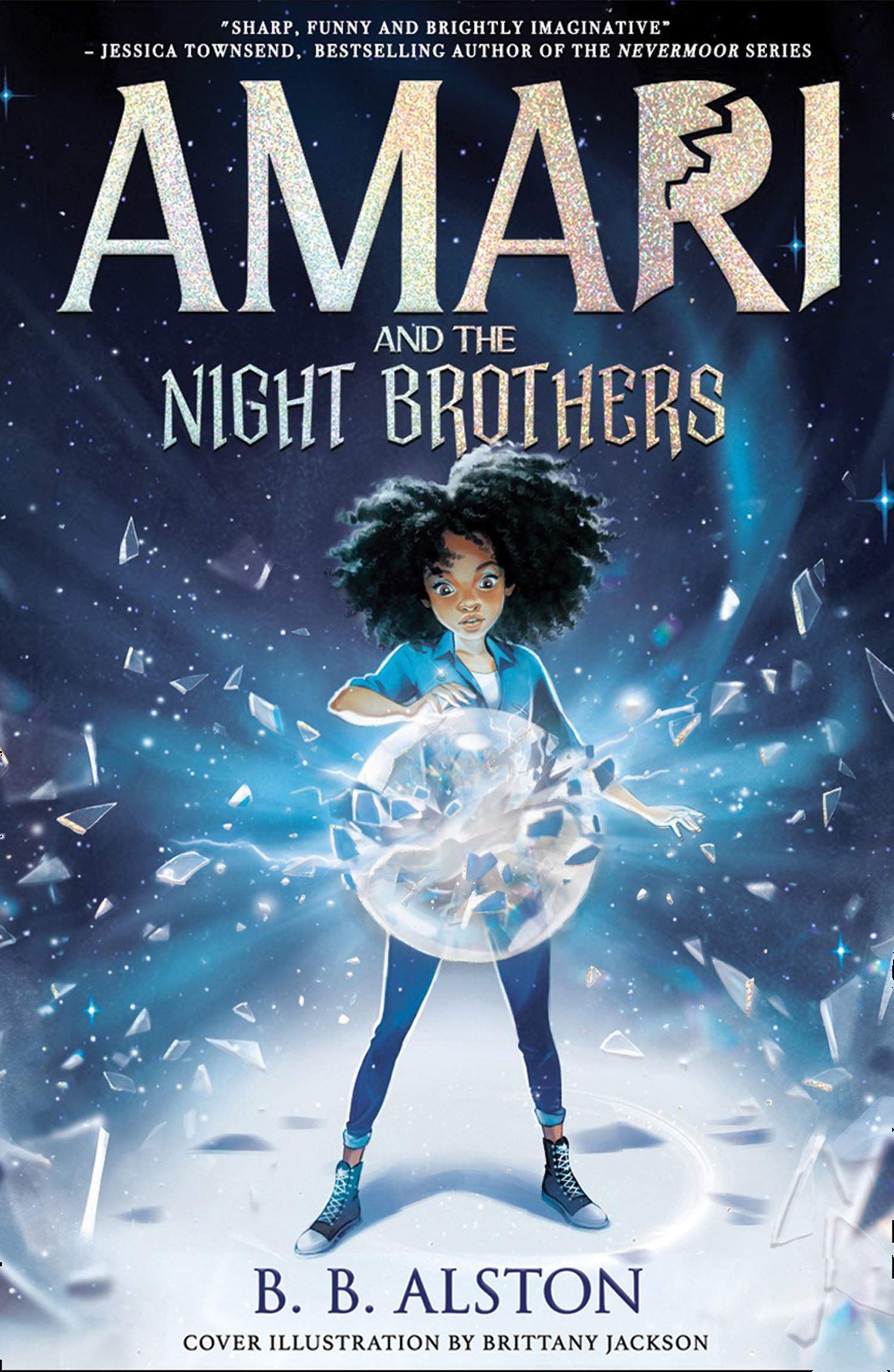 Amari and the Night Brothers by B. B. Alston, The Jolly Roger

The first inkling Amari gets that there is hidden magic in her world is when her brother Quinton takes her on a secret expedition by way of a flying boat that he lands on her building’s roof. Whisked away to the sky high above the sea, Amari gets her first glimpse of another fantastic mode of travel, the International Railways of Atlantis. The Jolly Roger is as magical as the sky-ferries of The Marvellers, but is even better for being more personal — the boat is captained by a loving older brother who wants to welcome his younger sister into a brand new world. 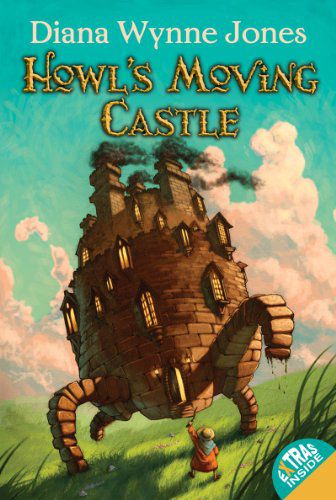 There are many reasons why Howl’s Moving Castle is such an enduring classic: the brilliantly-written characters, the world that lovingly pokes fun at fantasy rules, and the magical plot. But the Castle belonging to the titular Howl is so much fun that it almost feels like a character in its own right; similar to the TARDIS, the Castle is chock-full of quirks and personality. The Castle trundles across the landscape, but inside, you find a fascinating, magic-filled house with mystic doors that act as portals to yet more locations. Unlike the other forms of fantasy transport on this list, the Castle isn’t just a way to get around — it’s a home.

If you’re interested in a different kind of fantasy travel, try our list of 50+ Must-Read Portal Fantasy Books. To dig deeper into the concept of worldbuilding, check out our in-depth guide at The Art of Worldbuilding.